“This looks like an end of one Masonic that begins another.”

I just recently came across an article by Tracy Twyman that has made connections to September 23rd, the NFL kneelings and Freemasonry. I have written before about the significance as a Christian on doing the flag salute and “honoring” the national anthem. You can read it here. In this article I mention the kneeling debate and how it was connected to the honoring of a king as a subject to the throne. That’s as far as I had went.

Tracy Twyman had mentioned that this kneeling goes back to Freemasonry and the third degree of the martyrdom of Hiram Abiffs (the widos son), representing his death and resurrection. Let it be known that these Masonic degrees are not new in the since that they originated with Freemasonry. These are Ancient Mystery Religion rites that go back to the worship of Osiris, Horus and Baal. And that rites are all connected to the fire philosophy that I recently wrote about when passing your sons and daughters through the fire. Here is a brief example. “The ‘Fire Philosophy‘ is the basis of all Religious Mysteries and all the secret philosophies of the Universe. It is also the underlying principal on which All Secret Occult Brotherhoods are founded. It was taught in the Ancient Mysteries, and, although the knowledge of it has long been lost to the world, it has always been preserved in the Occult Fraternities. The aim of all true initiation, no matter what the name of the Fraternity may be is to know the nature of the Secret Fire that regenerates the world and which renders him who comes into its possession immortal… “- A Rose CrossCollege R. Swinburne Clymer (http://wp.me/p5BvI2-6t)

These secret society’s are the epitome on a larger and group scale of being passed through the fire. These rites are for this type of initiation. During this rite Freemasons kneel to honor the body of their fallen master. Twyman says they do this “in regards to the Masonically-significant date of March 21. It’s the day that they observe the martyrdom of Hiram Abiff, their legendary “architect of Solomon’s Temple.” The ritual, as outlined in official Masonic publications, involves the participants half-genuflecting–kneeling on one knee–before the body of their fallen master, who is then of course resurrected.” (http://tracytwyman.com/the-meaning-of-taking-a-knee/) You can read the full 3rd degree here (http://www.sacred-texts.com/mas/dun/dun04.htm) 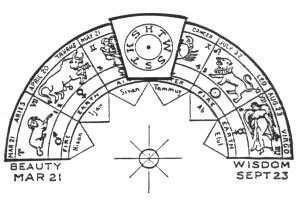 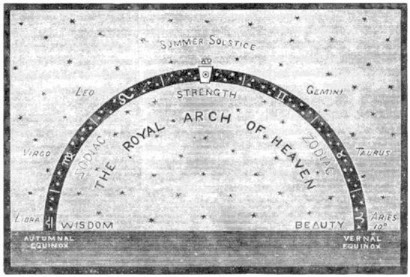 Now there is a connection to September 23rd with Freemasonry as we have already learned with the royal arch degree. This is when Freemasonry recognizes the vernal equinox with their royal arch. But there is also a connection there with the Masonic arch from the royal arch degree. Twyman writes, “the Royal Arch symbolizes the sun’s travel through the year, from equinox to equinox. The date “Sept. 23” is actually written on this drawing of the Royal Arch below. Furthermore, the Vernal Equinox, around March 21, is celebrated in Freemasonry as the date on which Hiram Abiff, as a symbol of the Sun and the Egyptian god Osiris, is said to have been risen from the grave with the grip of the Lion’s Paw! As it states here, “the body of our Grand Master Hiram Abif [is] to be found or reborn in the spiritual rebirth of the Sun, or Osirus [sp] at the Vernal or Spring Equinox of the sign of Aries the Ram.” (http://tracytwyman.com/the-meaning-of-taking-a-knee/)

Since I made mention of the Arch of Triumph connection to all of this let me bring up the blowing up of this Arch. This destruction of this Arch by “ISIS” was as significant and symbolic as the rebuilding of it. It needed to be destroyed in order for it to be resurrected from the ashes. And these were done of the exact words used in articles when this Arch went to Tragalgar Square. You can find this information in my book here. “The meaning of the Broken Column as explained by the ritual of the Master mason degree is that the column represents both the fall of Master Hiram Abif as well as the unfinished work of the Temple of Solomon. – Duncan, Malcom C. Duncan’s Masonic Ritual and Monitor. Crown; 3 Edition (April 12, 1976). ISBN-13: 978-0679506263. pp 157.” (https://www.google.com/amp/s/warofroses146.wordpress.com/2015/01/16/hiram-abiff/amp/#ampshare=https://warofroses146.wordpress.com/2015/01/16/hiram-abiff/)

All of this isn’t just coincidence or happen stance. This ritual based made for t.v. drama is methodically planned out. From this eclipse extravaganza to the the September 23rd nonsense to the kneeling for a pigskin. It is all symbolic of what goes on behind the scenes.

And this brings us to the poster child of who started this whole thing. Colin Kaepernick a third rate quarterback. He was the one to originally start this whole kneeling symbolism in 2016 season. There are rumors and speculation that he is a Freemason or has ties to the Boule. These are just theories but I would not clint any of them out. The Boule (boolay) is a secret society of black people who have ties to Freemasonry. 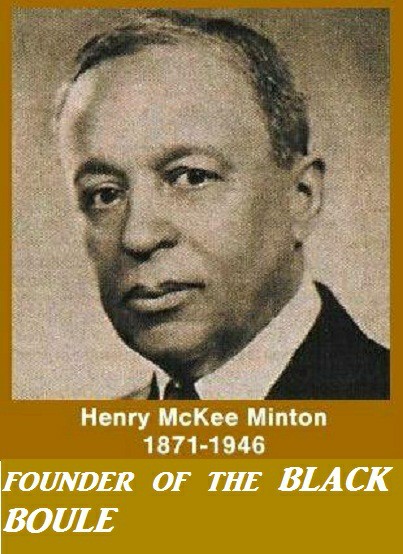 “The Boule, (an acronym for Sigma Pi Phi) and pronounced “boo-lay”), was formed to bring together a select group of educated Black men and women. Fashioned after Yale’s Skull and Bones, the Boule historically takes pride in having provided leadership and service to Black Americans during the Great Depression, World Wars I and II, and the Civil Rights Movement…The members of the Boule pose as Freedom Fighters or Civil Rights Activists on the surface. In truth, the elite members are operating for personal gain. The Boule works in concert with their masters in maintaining the grip of Illuminati supremacy on their people.The Boule is another arm of the nefarious secret societies that recruit, indoctrinate and cull for the dark forces. Therein are perks galore, power and notoriety all lying in wait for the easily compromised soul…In the Greek system, the Boule was the Lower House of Parliament. Charged with organizing the affairs of the city for the King. Let that sink in.” (https://www.henrymakow.com/2016/04/Boule-Black-Elite-Betrayed-their-Brothers%20.html)

Now I want to point out that Colin can mean dog or victory for the people and his middle name Rand means wolf. We have two canines for his name and I still can’t figure out what his last name means.

Now in Freemasonry there is a symbolic painting called “Riding the Goat”. It is part of the Dogs Playing Poker series. ” The Cassius Coolidge dog picture of “Riding the Goat” is Masonic in nature and yes it is sometimes used as a joke between members and potential members. It depicts one of the first three principal degrees of Freemasonry.

The three dogs sitting to the left at the desk indicate the three principal officers of any Masonic Lodge and on the necklace type collars they are wearing are the jewels of their office (each jewel being of a different shape and having it own significant meaning).

The dog to the right of the three at the desk is wearing a red cap. In Scottish Rite Masonry this cap is the emblem of a KCCH mason. A couple of the dogs are wearing blue caps. This too has a particular meaning in Scottish Rite Masonry. It is symbol that represents a fifty-year mason (meaning he was initiated fifty or more years ago).

So as you can see, there are things in the picture that any Mason can clearly see.” (https://news.artnet.com/art-world/decoding-the-secret-freemason-symbolism-of-idogs-playing-pokeri-54667)

So is this kneeling business with Kaepernick all planned out in the court room of Freemasonry. Is Colin really a pawn for Freemasonry? Is he the dog riding the goat? Look at the article below that I came across. I think its safe to say everyone’s suspicions about him are right. He is playing the goat in order to devide the country even more between these Nationalist Patriots as these Fascist and Socialist Communists.

“Colin Kaepernick does exactly what he is told by the Masonic Luciferian Shadow Government, and the ILLUMINATI. He is undoubtedly BOULE- A DAMN GOAT RIDER.

He was initiated into the Masonic Fraternal Order ofKappa Alpha Psi on the pagan Delphic Altar.

KNIGHTS’ HELMET ON THE KAPPA ALPHA PSI SHIELD: It was customary to place a helmet above the shield after battle or fray. The visor is closed. It makes an excellent symbol of brotherhood secrecy.

Don’t get it twisted. Kappas are serious “Knights of the Alpha” like something out of the bowels of the myths of medieval Luciferian Knights Templar, and Fallen Angels, King Arthur and the Round Table. The KNEEL ON ONE KNEE is symbolic of a KNIGHT in PRAY to his god,the BAPHOMET.

Their creed is a brotherhood of secrecy. One of the DIVINE 9 (NINE) Negro Luciferian societies, Kappa Alpha Psi was founded in 1911 as a secret college front for Prince Hall Freemasons, and the Grand Masonic Lodge of England. 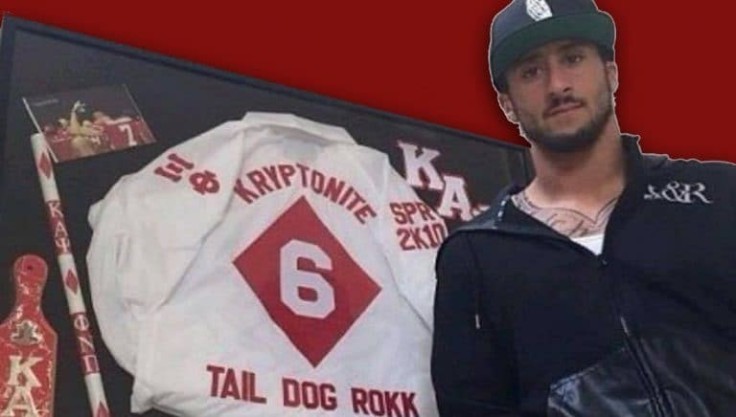 In preparations for ALL their meetings and their initiation process, “the Altar of Kappa Alpha Psi, which is the Sacred Delphic Shrine, shall be placed in the center of the room and covered with a crimson and cream coverlet (p.14 of ritual book).” The Delphic Shrine is significant in the Greek polytheistic religion because it was the shrine of the GOD APOLLO. It was his most important place of worship where his oracle presided and prophesied. Kappa Alpha Psi’s members kneel at the Delphic shrine, the shrine of the god Apollo and swear their allegiance to it.” (https://mindcontrolblackassassins.com/2016/09/30/rethinking-psycops-colin-kaepernick-keith-lamont-scott-wahhibi-jihabists-u-s-military-intelligence-cia-and-the-mossad/) 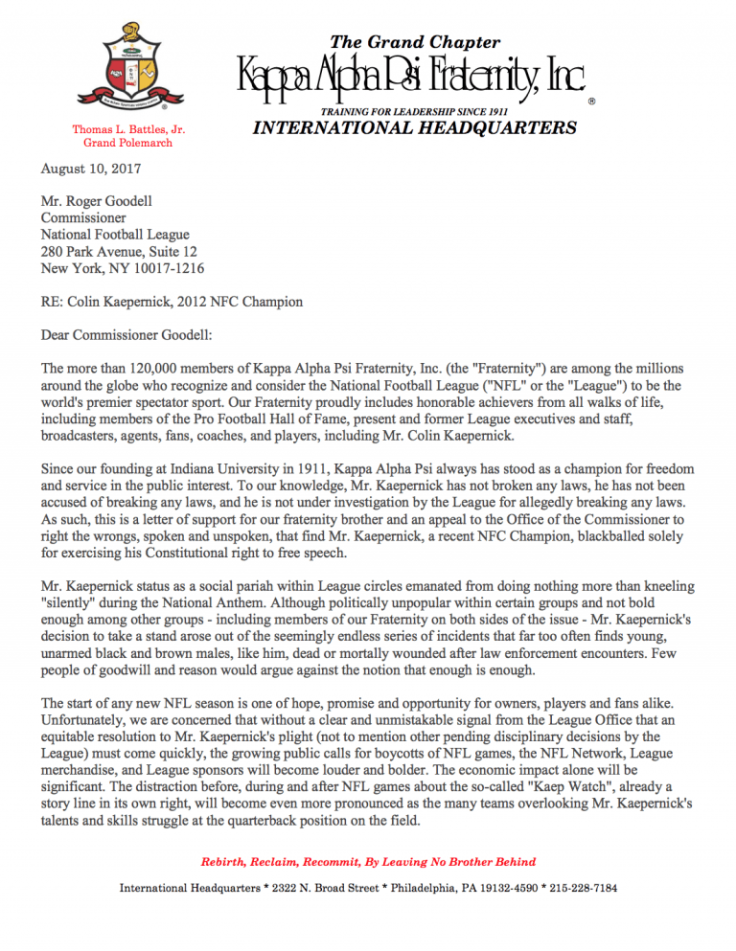 Then there is the Islamic pitch… 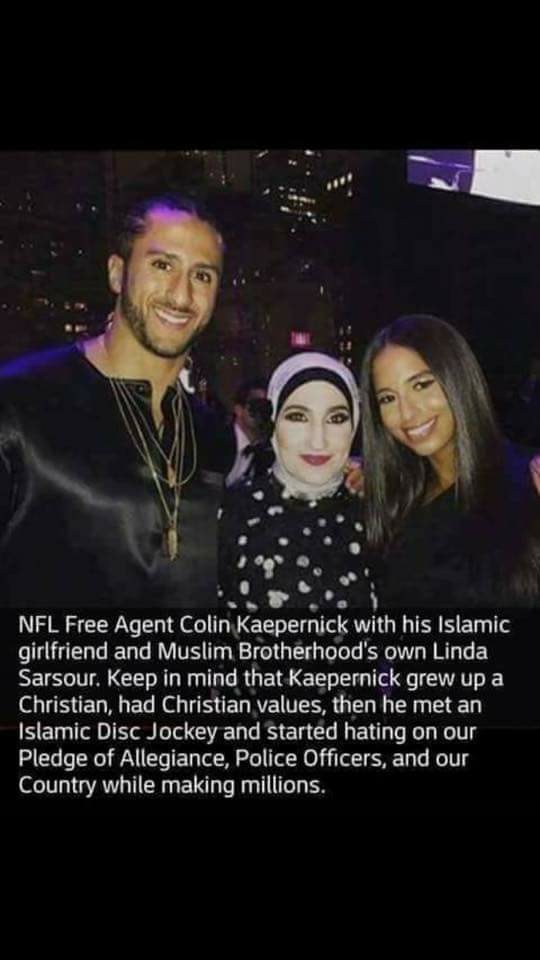 2 thoughts on “September 23rd: The End of a Masonic Ritual and The Beginning of the Goat”