MSM announced on 12/11/20 that Hitler’s 84 year old alligator has been “stuffed” to live forever in Russia…and his name is Saturn. Perfect timing for the mythos in the stars on December 21st. What I mean by that is the Saturn-Jupiter Conjunction is a sign in the heavens that these Luciferians are trying to tie into the Nimrod/Tammuz and Osiris/Horus myth. The “builders” are trying to write their own prophecies now.

Before I go on, I want to add that astrologers and diviners have connected Hitler to Jupiter. “In Hitler’s chart, one of the clearest indications of his rise to power is the Moon’s applying conjunction to Jupiter. The Moon signifies power by its light and its rulership of the 10th house (Cancer), as well as its separating trine from the Sun. Jupiter signifies fortune and opportunity, connecting it to the Moon and the 10th house. Jupiter is also the exalted ruler of the 10th house and both planets aspect it.” (https://sevenstarsastrology-com.cdn.ampproject.org/v/s/sevenstarsastrology.com/timing-symbolism-in-the-chart-of-adolf-hitler/amp/?amp_js_v=a6&_gsa=1&usqp=mq331AQHKAFQArABIA%3D%3D#aoh=16078790876444&_ct=1607879102766&referrer=https%3A%2F%2Fwww.google.com&_tf=From%20%251%24s&ampshare=https%3A%2F%2Fsevenstarsastrology.com%2Ftiming-symbolism-in-the-chart-of-adolf-hitler%2F)

And the alligators name was Saturn. 😆 Hitler’s alligator named Saturn has now been preserved forever. What’s the big deal right? 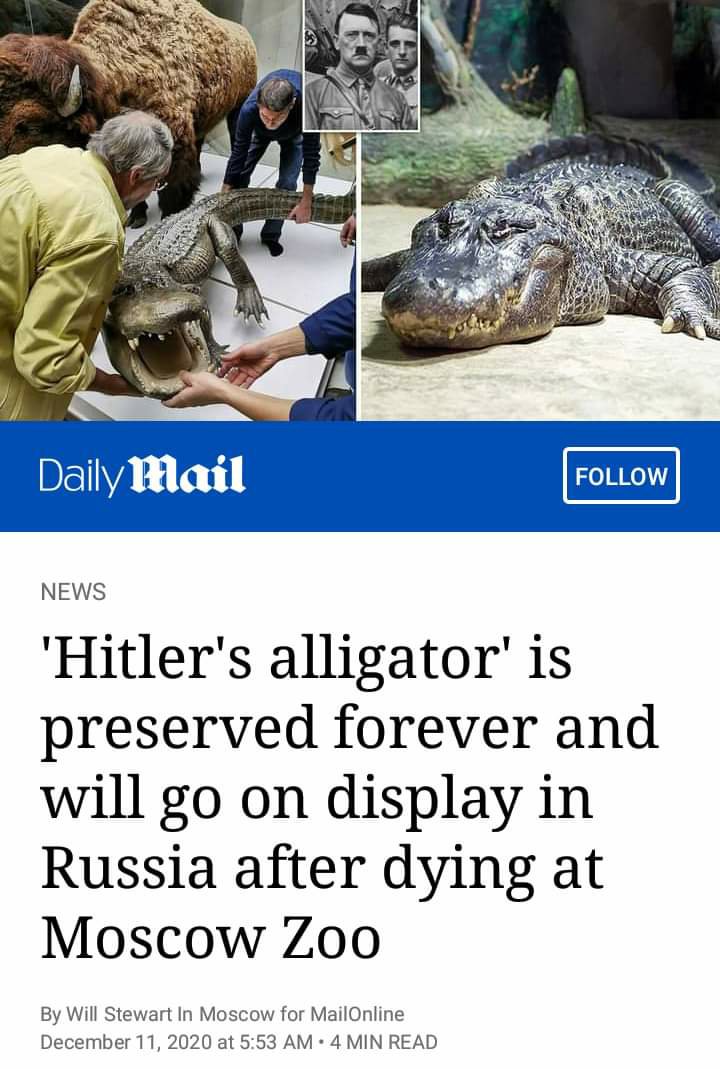 Well here is your Osiris phallus connection. Sobek was the Crocodile god who ate the missing phallic of Osiris. He was fused with Horus the Falcon god and was from them on associated with the trinity of Osiris, Isis and Horus. Sobek comes from the word that means “to impregnate” and can also mean “he who unites the dismembered limbs of Osiris”. He became associated with Isis as the healer of Osiris. 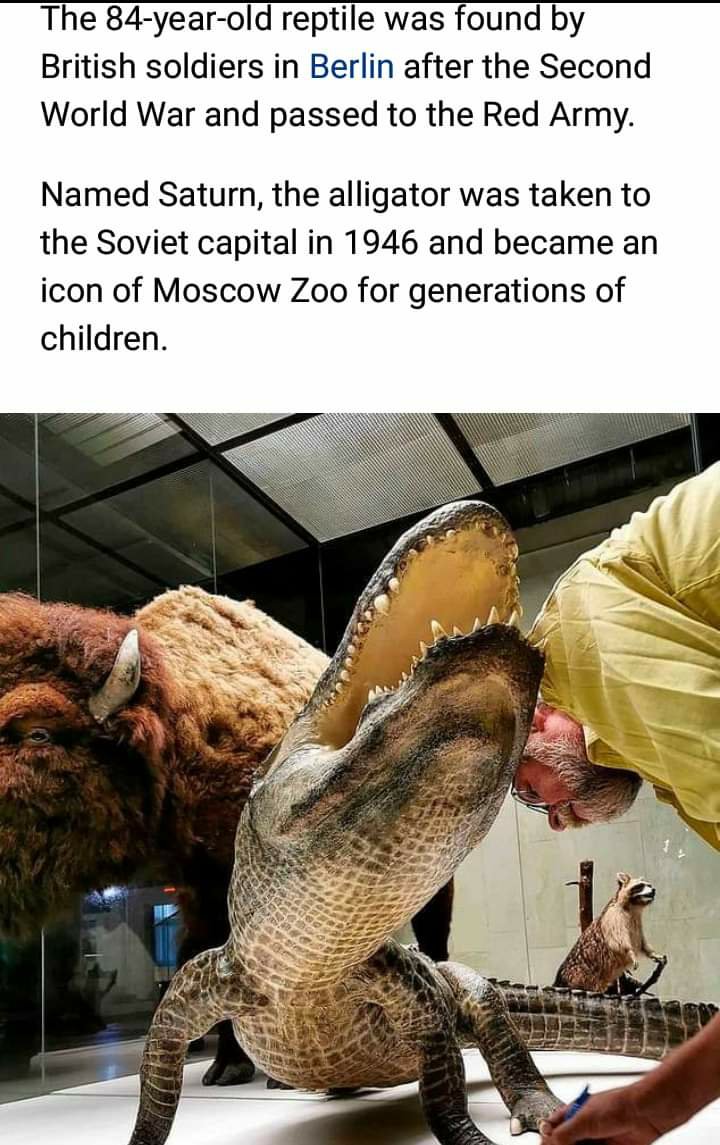 Funny thing, Saturn the gator died on May 22nd at 84 and I heard nothing about it. Then today (12/11/20) it has been “resurrected” or really just preserved as the healer of Osiris. The year of 1984 sees Hitler’s 84 year old gator die. Who could see this coming?