The new movie called Songbird is coming out in 2021. The Romeo and Juliet of Covid-23. That didn’t take long now did it? In the poster they have the phoenix rising out of the rorschach test. I’ll explain this in a minute. The trailer is below.

In the new trailer for the movie “Songbird” you see some interesting symbolism. Let me first start by saying that this movie literally took 3.5 weeks (3.5 is prophetically significant) to film (July – August 2020) and I’m sure they edited a trailer before actually editing the movie itself. It was financed exclusively through Invisible Narratives, a digital content studio founded by Adam (first man) Goodman (the good man), former President of Paramount Pictures and Dreamworks SKG. They will be focusing on a lot of social media based characters/movies in the future. They called Songbird a romantic thriller Romeo and Juliet type movie brought to us by Adam (first man) Mason (master builder).

“On May 19, 2020, it was reported that Michael Bay, Adam Goodman and Eben Davidson would produce a film about the ongoing COVID-19 pandemic, titled Songbird. Adam Mason, who co-wrote the screenplay with Simon Boyes, was set to direct.

Principal production commenced on July 8, 2020, in Los Angeles. Filming was initially halted by SAG-AFTRA, who granted the production permission to proceed a day later. The film wrapped on August 3, 2020.”

“The film is set two years in the future, and the pandemic has not gone away, as the virus has continued to mutate amid ongoing waves of lockdown periods. It’s unclear whether Songbird will be positioned as a found footage film or something else entirely, but Deadline claims that rather than a supernatural element, the movie is more of a government conspiracy thriller about paranoia and how it infects the cast of characters during a lockdown.” (https://collider.com/michael-bay-pandemic-movie-songbird/)

Before I go over a few shots in the trailer I want to point out how on September 24th, there was a “transgender” songbird found in Pennsylvania. Notice the right/left sides. “The bird was identified as a Rose-breasted Grosbeak. Male and female Grosbeaks are distinguished by their color: males have pink “wing pits,” while females are yellow-brown. The sides of this bird’s body were different colors. This genetic variation is known as gynandromorphism (“gyne” is Greek for female; “andro” means male, and “morph” means variety).” (https://amp-cnn-com.cdn.ampproject.org/v/s/amp.cnn.com/cnn/2020/10/22/us/half-male-half-female-songbird-scn-trnd/index.html?amp_js_v=a6&_gsa=1&usqp=mq331AQFKAGwASA%3D#aoh=16041609348157&referrer=https%3A%2F%2Fwww.google.com&_tf=From%20%251%24s&ampshare=https%3A%2F%2Fwww.cnn.com%2F2020%2F10%2F22%2Fus%2Fhalf-male-half-female-songbird-scn-trnd%2Findex.html and here is the original report https://carnegiemnh.org/press/) 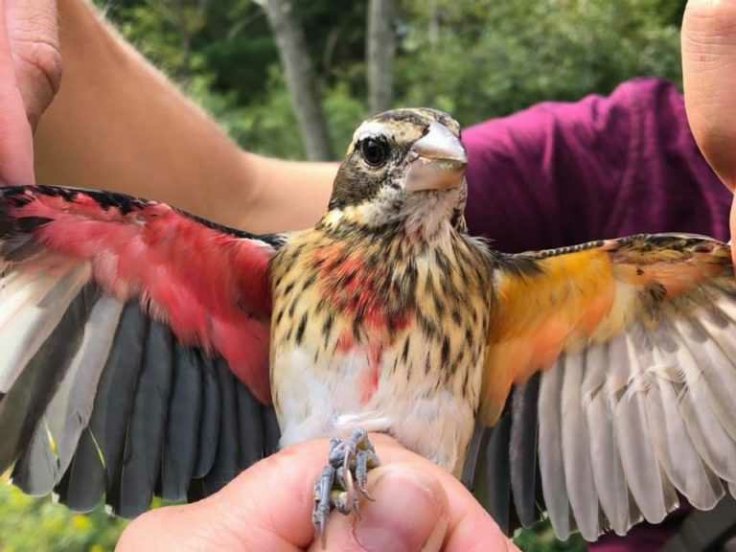 So the interesting thing about the discovery of this Songbird is that it was both male and female. In the Bible, God created Adam both male and female. Alchemy has taken this literal and believe that half of Adam was male and the other half was female ie Eve. This androgynous human is what they aspire to create. This is the image of their god, Lucifer/Sophia. Notice the bird on the right (male) and chalice of snakes on the left (female). 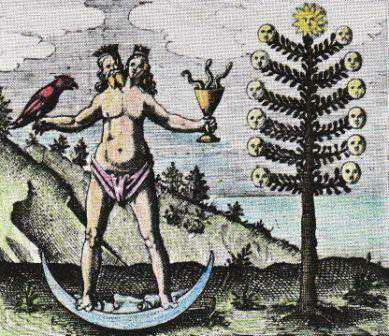 “The Vetruvian Man was the final achievement in the Alchemical transformation of the Kabbalistic man. This was their Adam and Eve in the garden. The same sex male and female, light and dark androgynous abomination ala Lucifer/Sophia. This is the portal to the cosmic manknown as Adam Kadmon. Their way back to their so called tree of life. They are eating of its fruit, so they think.” (https://hiddeninthecrag.com/2020/07/03/bill-gates-westworld-and-beyond/)

Adam Kadmon, Zeir Anpin, their original interpretation of Adam being a transhumanist mess and this bird are symbolic of their 3rd Tempe transhumanism agenda that has everything to do with their coronavirus vaccination. Also reference this with what has happened in the last year: https://hiddeninthecrag.com/2019/10/18/jupiter-called-%d7%a6%d7%93%d7%a7-tzedeq-or-justice-the-spirit-behind-malki/. And also read this to better understand this language of the birds (https://hiddeninthecrag.com/2018/05/27/language-of-the-birds-is-for-the-birds/). 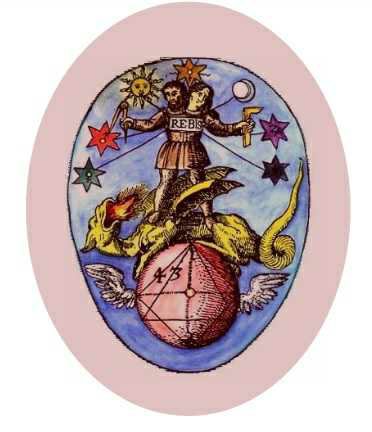 So essentially, their agenda is to build their transhumanist abomination or this 3rd temple, to make everyone “gods” with a vaccination through separation. It just didn’t start with this pseudo virus but started years ago with “cloud seeding” to feed the biology of your body metals, nanoparticles and poison. This agenda cake through our food, water and medicine also. Coupled with technology ie frequencies and your phone, they are almost ready to make the hive mind one. Remember, separation brings us together…so they think. This is why you have a movie like this that represents all I am talking about. This is their alchemical END game for humanity. Wear a mask, the first physical step in losing your self identity and gender. Making sense yet?

Now to the trailer.

In the opening scene of the movie you see a sign with people riding bikes together. It says Lester’s Gets. Lester comes from the town in England called Leicester which just so happened to become incorporated in 1919. It literally means CAMP. So this is about being in an open air prison camp that you self contain yourself. Like a bird in a cage right? Technology makes you the prisoner. In the billboard next to it you see LG WING (another bird reference). Three is the wing of this Songbird. The LG phone. And notice the 2 phones shaped as a T (for Tammuz) here representing this 3rd temple technology next to the 3 phones. You will see that Tammuz or Apollo is the “son” behind this movie and their technology. He is their Songbird.

In the next scene, the guy on the roof is talking to his girlfriend. Behind here is what? The eye of Horus who is Tammuz/Apollo.

You see images of COVID-23 at record levels and spray painted walls that say fight back, help and let us out. 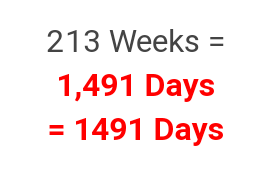 In the trailer for the 2021 movie Songbird, it says that there are 213 weeks of consecutive lockdowns. The movie takes place in 2024 because 213 weeks is 4 years and 1 month. But there is this. In a clip it has the date and time of someone having there head scanned. 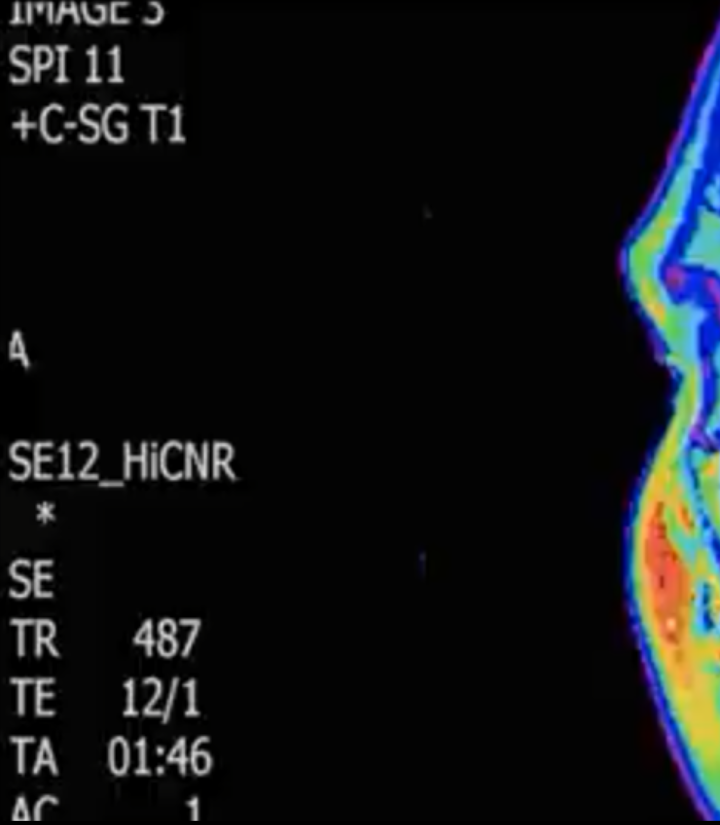 Saturn finally passes through Aquarius on that day.

And Passover happens 10 days later on April 22nd, 2024 which just happens to be a leap year…like this year. This is all just assuming there count starts when the National Emergency started on Friday the 13th of March 2020.

Also in one of the images above, notice the demonic black winged creature, that is really what their Songbird looks like.

Their demonic entity the Phoenix, Sophia…the spirit behind this Songbird.

You can watch the trailer and catch other images but I will leave you with one of the final images that looks like the psychological inkblot test. And notice the G. It stands out more than the rest of the letters. G. Freemasonry.

“The Rorschach test is a psychological test in which subjects’ perceptions of inkblots are recorded and then analyzed using psychological interpretation, complex algorithms, or both. Some psychologists use this test to examine a person’s personality characteristics and emotional functioning. It has been employed to detect underlying thought disorder, especially in cases where patients are reluctant to describe their thinking processes openly.” Ironically the first image from this test looks like a raven.

The Songbird has sung… 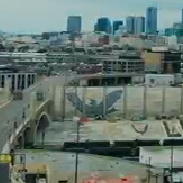 More shots from the trailer.

Can you see the “alien” face in the skull?