(Correction and disclamer: Turner was pulled in the 7th not the 6th. Now in order to understand the context of what I’m saying here, you will need to read my article from last year under “you can read it here”. This symbolism is based off of the coming red heifer that will change life as we know it. I’ve written a book about these connections.)

Last year I wrote about how Justin Turner, #10 of the Los Angeles Dodgers was symbolic of the red heifer and represented a sort of curse put on the Dodgers due to Sports Illustrated. You can read it here. Seems crazy right? Well it is. After 32 years (significant number) the Dodgers beat the Tampa Bay Rays in Game 6 of the World Series, 3-1.

Now about these curses in baseball. You have a 108 year old Chicago Cubs curse of the goat (actually 71 years but they hadn’t won a world series in 108 years), an 86 year Curse of the Bambino Red Sox curse broken in 2004 and then the SI Dodger cover curse. 2016 – Cubs “curse of the goat” wins ws after 108 years. Dodgers get beat in NLCS by Cubs who win ws.
2017 – Astros cheat and beat Dodgers in ws. Curse of red heifer SI cover.
2018 – Boston wins ws against Dodgers. Curse of Bambino broken in 2004. Cora was a coach for the cheating Astros the year before.

2020 Dodgers sacrificial red heifer. Turner takes one for the team while some believe Betts breaks the “curse”.

Now this year has been strange as everyone already knows. The Dodgers has a 43-17 record out of 60 games played. The pandemic number this year just happened to be 6. 6 feet social distancing, rule of 6 in the U.K and many other symbolic Luciferian gestures toward the number 6. It didn’t stop with Game 6 of the World Series where #10 Turner (a symbolic representation of the 10th red heifer) was pulled out of the game in the 6th inning by MLB.

Turner was said to have tested positive in the 6th inning for having covid. During the 7th inning they had put Rios in his place at 3rd base and everyone was wondering if Turner got hurt. Well, he didn’t…but allegedly tested positive for covid. Now if you keep up with my blog then you know these PCR tests are the biggest scam of the greatest false flag perpetrated in the history of the world. Because of these tests, everything has completely stopped. MLB only allowed 60 games because of it and had players tested all the time. And keep in mind, the MLB did the testing and would not let players play a game if it came back positive. To have it go down like this, is beyond suspicious. Fans were calling for a forfeit now.

So, what happened with Game 6? Up to the 6th inning, the Dodgers were getting worked by the pitcher Snell. He was dominating them and had no reason to leave the game yet. Ironically, in the 6th inning, as the first Dodger batter got a base hit, the Rays manager had pulled Snell for no apparent reason. Snell was disgusted as he walked off of the field and the fans couldn’t understand what was going on. Remember, this happened as Turner was told of his positive test.

This move of taking out Snell changed the entire dynamic of the game. Honestly, the guy should’ve never been pulled. It was definetly an advantage for the Dodgers. The Dodgers went ahead 2-1 and went on to win Game 6 of the series 3-1. This put the final series at 4-2. This was the post prior to the game.

Now Turner is the backbone of the Dodgers. He is their leader. During the beginning of the season the MLB was pushing the mask agenda on the teams and Turner was the one to come out and tell the team that they needed to follow the mask rule and play nice. 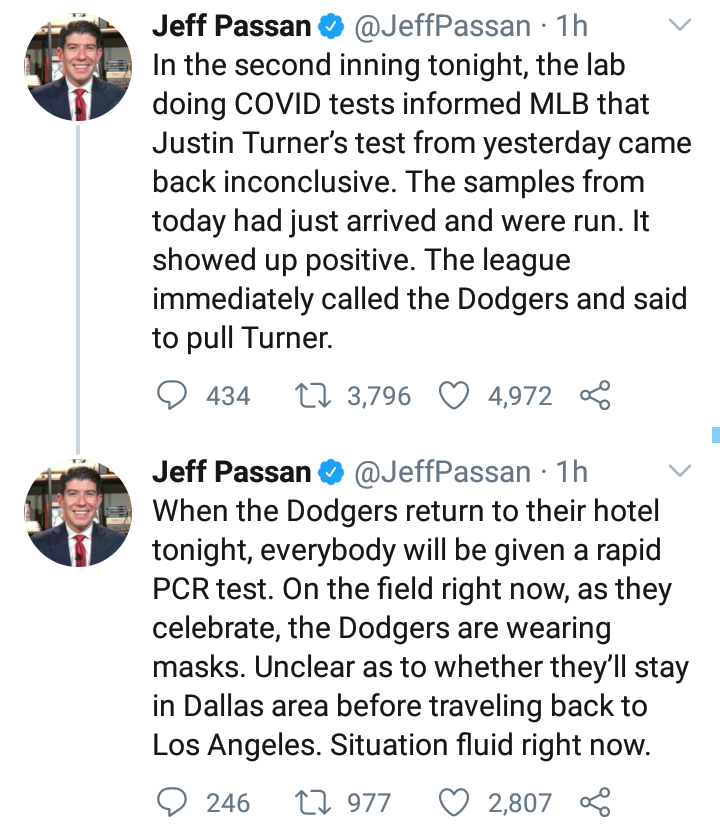 Half way through the season, it seemed as if the Dodgers were over this mask thing and became more relaxed on the game’s. I wonder if this was a sort of payback by MLB for the Dodgers not obeying their masters? I don’t know. But the way this whole Turner thing played out, none of it seems right. The leader of the Dodgers was not able to celebrate a World Series victory after 4 years of trying. Seems like MLB could’ve announced the positive test the following day when everything settled down, but they announced after the MVP trophy. The Commissioner, Manfred seemed to act a little odd and some even questioned if the guy was drunk or even having a stroke. Turner did not have any sort of positive test…at all. Trust me. 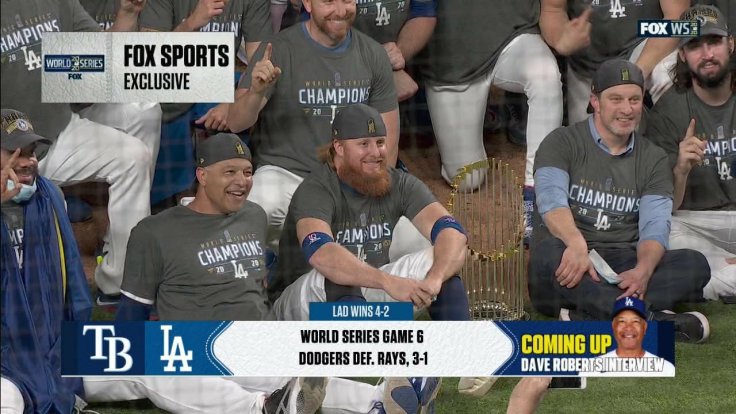 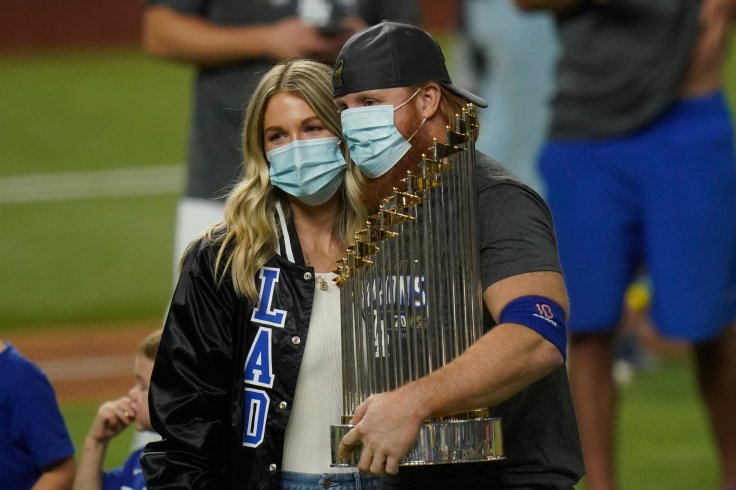 So what was really going on here? Was Justin Turner playing the symbolic role of the 10th red heifer and taking one for the team? Was Snell pulled for a reason, that just happened to be the same time Turner was pulled? I hate to be conspiratorial with baseball but most know its occult freemasonic roots, especially after the opening day BLMLB ceremonies. I don’t know…this whole thing seems strange now. One thing I do know, the Dodgers won and Turner is fine. It was a symbolic 32 years since ’88.

“Immediately upon receiving notice from the laboratory of a positive test, protocols were triggered, leading to the removal of Justin Turner from last night’s game. Turner was placed into isolation for the safety of those around him. However, following the Dodgers’ victory, it is clear that Turner chose to disregard the agreed-upon joint protocols and the instructions he was given regarding the safety and protection of others. While a desire to celebrate is understandable, Turner’s decision to leave isolation and enter the field was wrong and put everyone he came in contact with at risk. When MLB Security raised the matter of being on the field with Turner, he emphatically refused to comply.

“The Commissioner’s Office is beginning a full investigation into this matter and will consult with the Players Association within the parameters of the joint 2020 Operations Manual.

“Last night, nasal swabs were conducted on the Dodgers’ traveling party. Both the Rays and Dodgers were tested again today and their travel back to their home cities will be determined after being approved by the appropriate authorities.”

Now another theory as to why Turner was singled out was the words he had with Manfred during the Astros cheating scandel. This may be why this happened the way it did. It may have everything to do with a “piece of metal” comment by Manfred. 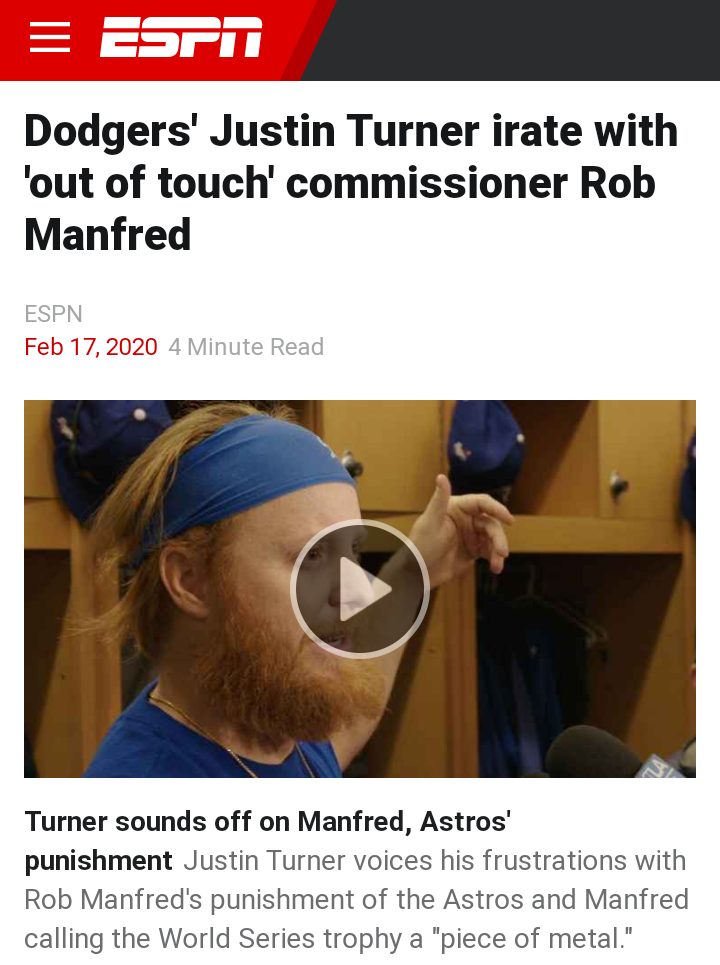 I believe the other reason was just to promote more PCR mask covid propaganda. On which they actually succeeded, because now the fans are involved in ridiculing Turner for not “isolating”. I say shut up about your lies of a pandemic and get on with your life.