Why and what PCR testing actually does/is?

PCR Test is the best way to extract “a good quality DNA in sufficient quantity”. DNA grab. Said it from the beginning. This is either for the simulation or for real life. A real clone($) of yourself or your artificial self into some sort of bot. They want that consciousness. 👎 It just isn’t for the movies anymore.

The higher the threshold in the witchery of the PCR test, the greater chance they will find old genetic material of something in your body. WHO/CDC have the threshold/cycles set at 40-45. Everyone will test positive at some point. Lower cycles for cloning 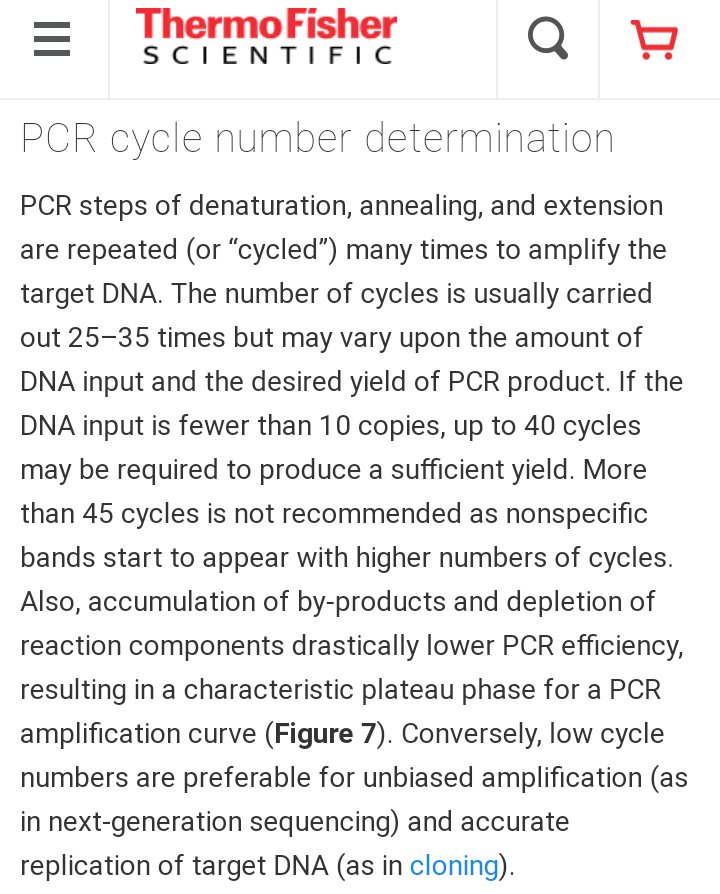 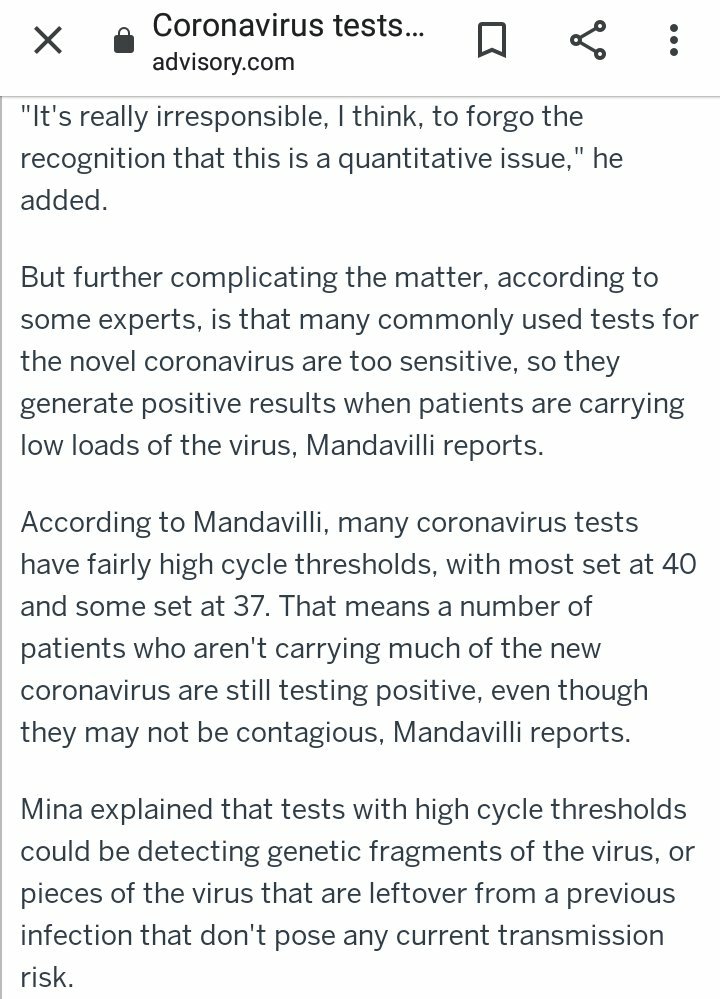 And the “coronavirus has been unavailable” according to the CDC. So…what are they testing for? Or are the thresholds/cycles set lower than the liars likes to admit. They have lied so much they can’t dare tell the truth. Essentially, Magicians are liars. 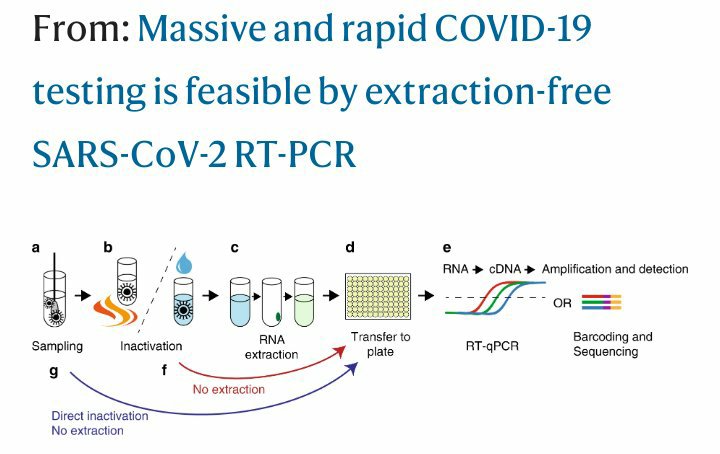 Who is the PCR Molech?

Kary Mullis, the godfather of the PCR test that has infamously put the world on a consistent lock down died on August 8th, 2019. It is said he died of pneumonia and heart/respiratory complications at 74. I find it ironic that the man who made the test for the world wide lock downs died before the “pandemic” took place. Suspicious or coincidence? 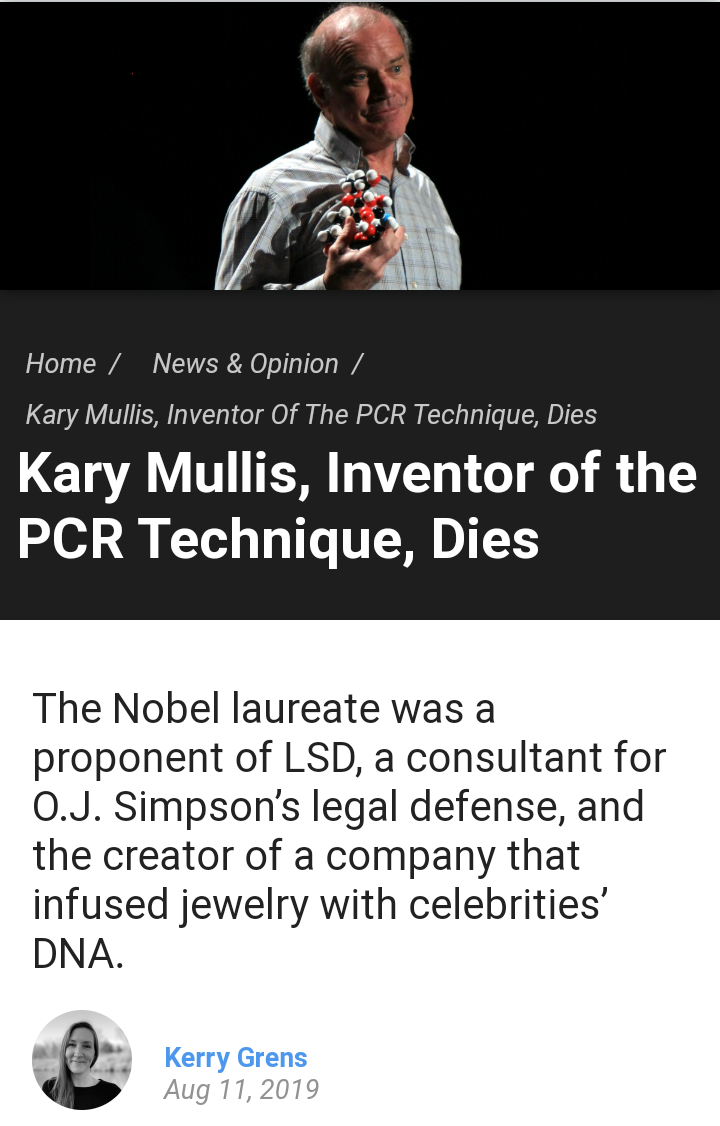 He discovered the idea for the PCR test while driving with his girlfriend Jane to a cabin from Berkley to Mendocino. “While traveling along a dark road, he “solved the most annoying problems in DNA chemistry in a single lightning bolt,” Mullis said.” Why did he claim it was a dark road with that single lightning bolt idea for the PCR test? Because he claims he was on LSD at the time of coming up with this PCR test. Not only that, he was an avid astrologist and claimed he had a conversation with the apparition of his dying grandpa while in California in 1986. 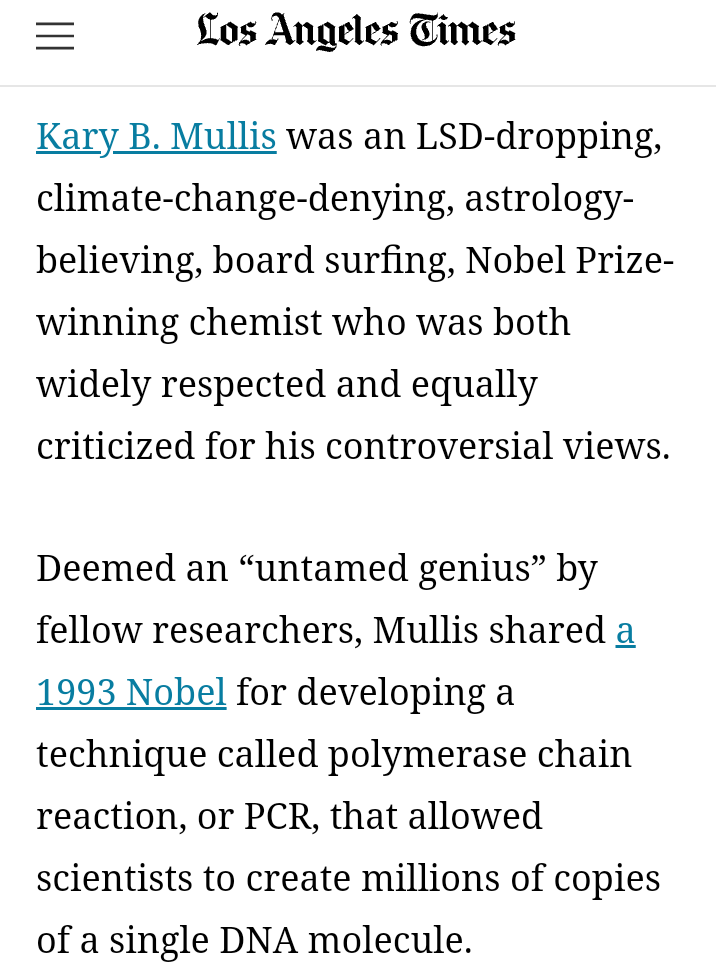 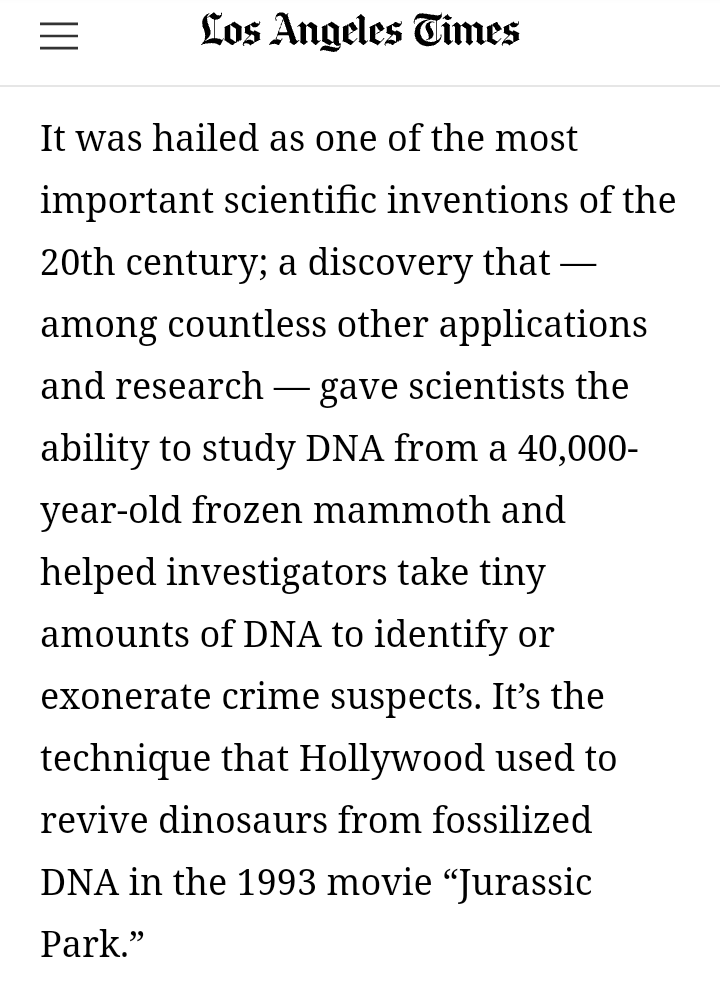 He worked at Cetus (sea beast) at the time of this discovery that would make it possible to take DNA from a frozen mammoth and create a new one. Jurassic Park cake from Kary Mullis discovery. Think about it.

So essentially, the man that discovered the PCR test that has the entire world in a frenzy was done so by using hallucinogenics (LSD) by a man that spoke with son to be dead people (demons) who practiced astrology and denied both HIV/AIDS and climate change. The last 2 things I can agree with. The others, no. The PCR test is not only used to identify “viruses” (and can actually identify old dead virus in cells from years ago, as long as the threshold for testing is set at a higher rate) but is used to extract DNA. This PCR test is in fact a DNA extraction. This is why the world is on lockdown. DNA grab.

Dr. Erica Pan – “This isn’t just a matter of higher cases in these communities — it is an issue of life and death that is hurting all Californians,” Life or death? The percentage of deaths in Cali are at 0.004%. The PCR test has admit a 1% accuracy. Figure it out. Held hostage.

PCR testing is also a DNA grab. I think that was obvious from day 1 for most of us. I have made that clear over and over.

I said this in April. “So everyone probably has had or carries this “coronavirus”, but this is just a name to a nanoparticle driven “virus”. The name has been changed to protect the “innocent”. So why do they insist on testing to see who has it when we know it’s a DNA swab? To see who is compatible for the “vaccine”. If they can see how many ppl are ready than they can move onto Phase 3. This is why they will send home test kits to each of us with a big fat carrot in the form of a check attached to it. They want to see who had or has it so they can be “taken” care of. Adios amigos”

And what about asymptomatic people using the PCR testing? So if you are asymptomatic (no symptoms) and you test positive then either, A) the tests are fake or B) they are testing for something other than Sars Cov2. And if it is actually Sars Cov2, then the virus is being brought about by something else. What could the inhibitor be?