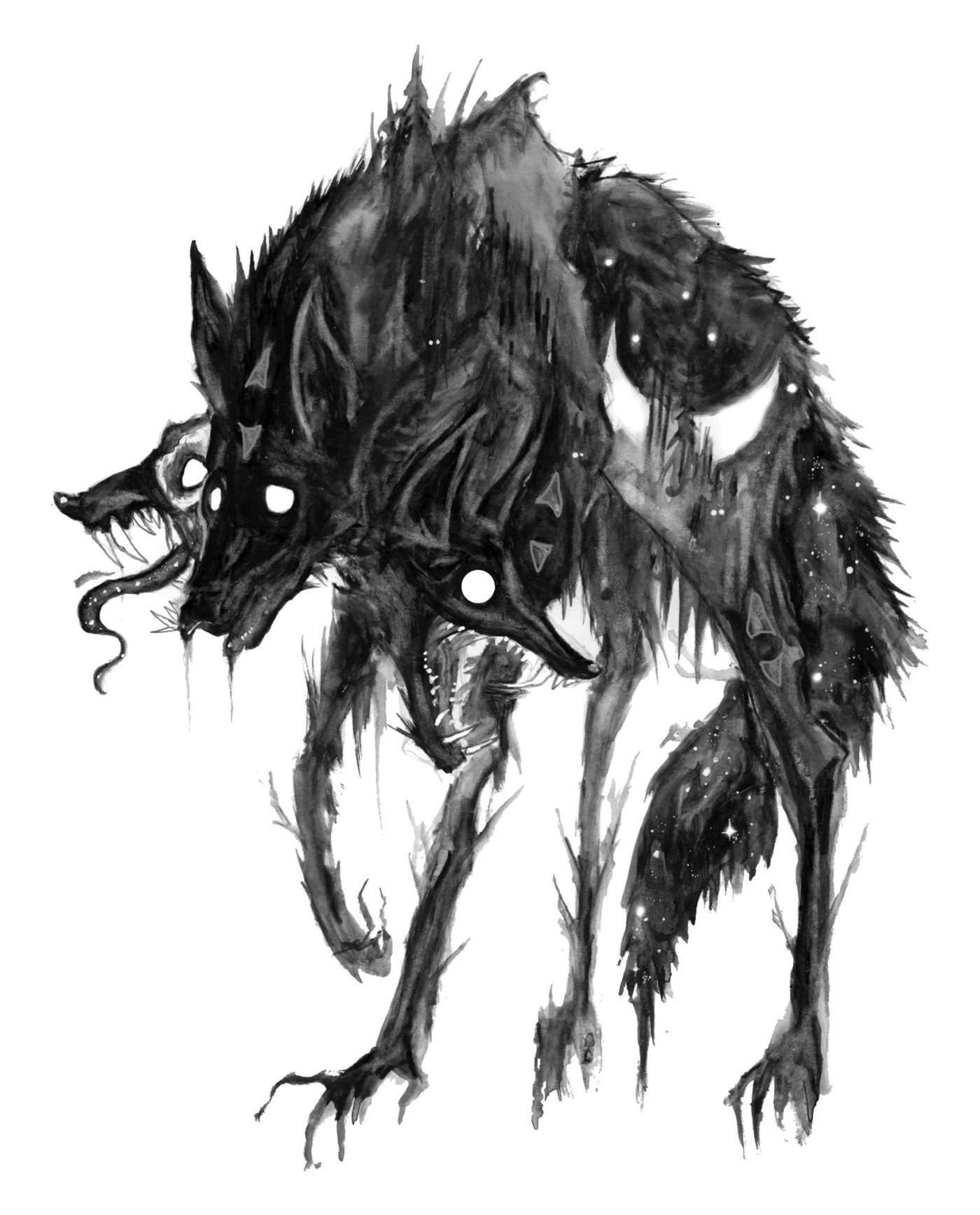 The City of Taft recently has had to dump the project of putting in a Grocery Outlet because of a lawyer by the name of Tal Finney (Finney Arnold LLP), who is said to support a fictitious group of local Taft citizens called “Keep Taft Great”. Originally the only physical person who has showed up to a city council meeting in opposition to this project (besides the attorney Finney) is a Bakersfield resident named Jim Kell. According to David Aguirre, Jim Kell is actually a rep for the Albertsons Union. David Aguirre is one of the Capital Rivers developer who is in charge of this project and was also recently the developer for the newly built Dollar General, which was built literally 50 yards from this proposed site for Grocery Outlet. Here is an excerpt of what Aguirre has said about this.

“As you may or may not know Grocery Outlet wants to open a new independently owned and operated store here in Taft providing an alternative to Albertsons. Unfortunately, an attorney, Tal C. Finney, appealed the project on behalf of an unknown group called “Keep Taft Great” that is apparently concerned about environmental impacts. It was later discovered that the person who spoke in opposition (Jim Kell) is a union representative for the Albertsons union (UFCW). Also, a couple of the folks at the hearing are actually employees at Albertsons in Taft.” (https://m.facebook.com/story.php?story_fbid=10163282436920045&id=430909135044)

So who is Tal Finney? He served as the State Controller under Democrat Gray Davis as well as many other things and “prior to his California state experience, Mr. Finney worked in Washington, D.C. for presidential campaigns and members of the United States Congress.” (http://www.falawyers.com/tal-c-finney-1). I would be curious to see who Finney campaigned for in D.C. “Mr. Finney provides his clients corporate transactional, government regulatory enforcement and compliance, land use, CEQA and business litigation, energy, international trade and finance, nonprofit corporate transactional, intellectual property, and private equity transactional services.” So as you can see, Finney deals with CEQA cases and private equity cases. More on what CEQA and private equity has to do with this story.

Now let’s take a look at the company that owns Albertsons. 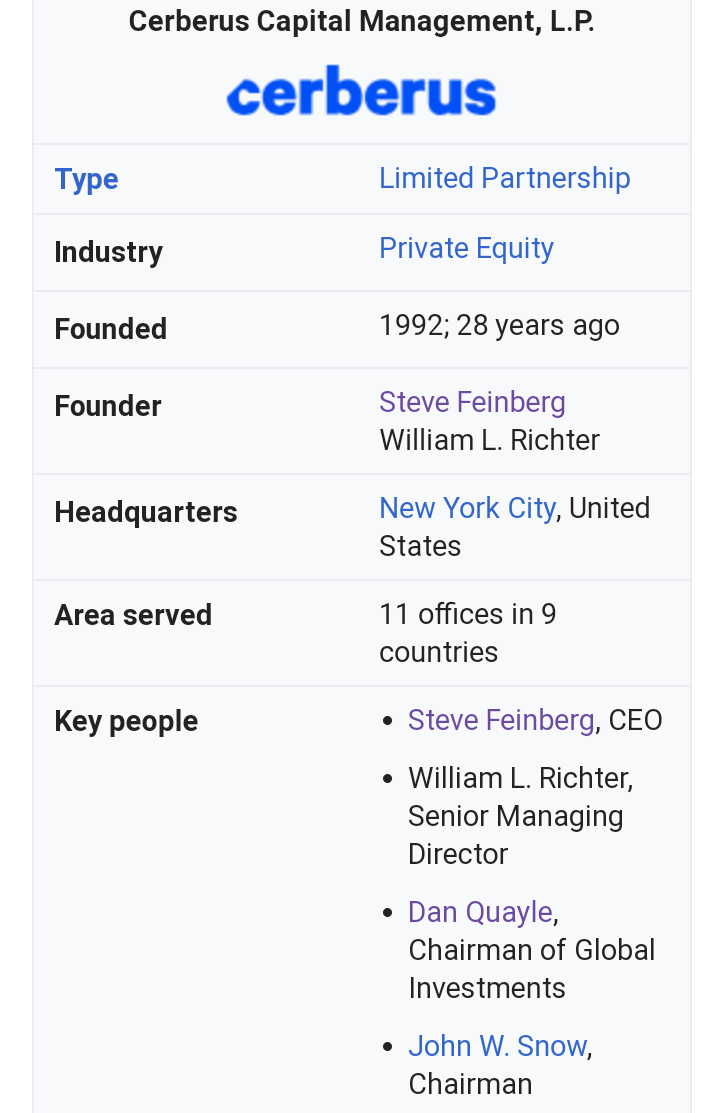 Cerberus Capital Management who also owns Dyncorp (sex trafficking) and a host of other company’s that have shady backgrounds. The CEO of Cerberus is Steve Feinberg and he is the head of the President’s Intelligence Advisory Board. He is not only in the business of private contractor’s (military and intelligence) but is in the business of private equity. “Green mail”. 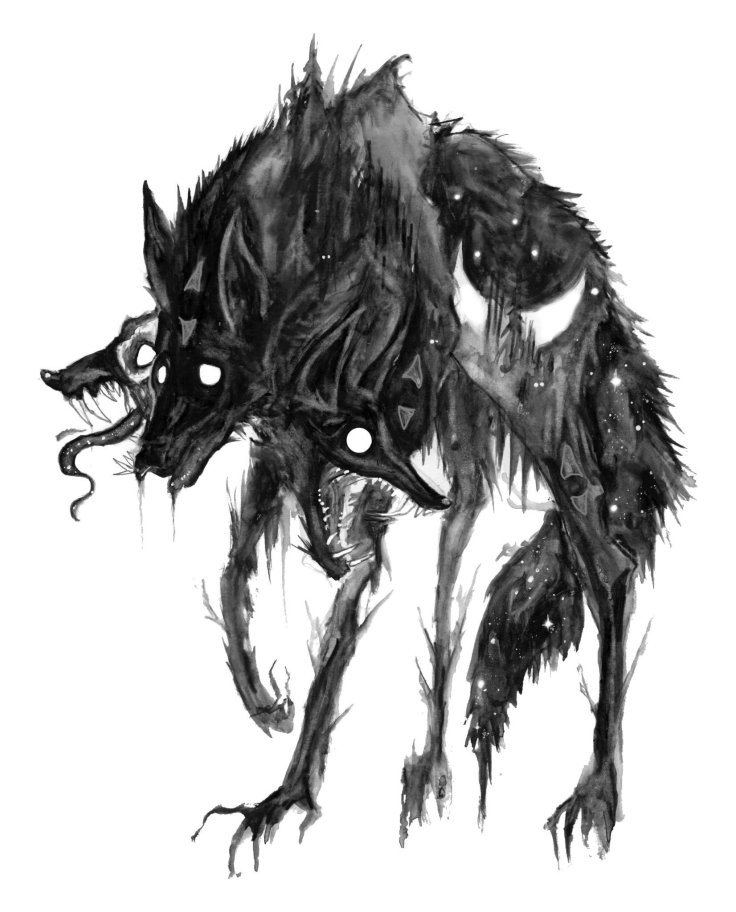 To put it simple, Cerberus (the mythological 3 headed hell hound of Serapis) blackmails the competition in buying shares and in the end buys out the company or forces it into bankruptcy.

Look at how they did Haggen in the Pacific Northwest. And presently, they are managing to extort 40 million from the government in Pennsylvania. Private-equity investors including Cerberus poured around $200 billion into U.S. health-care buyouts in the last decade. You can see who prospers from a “virus”?

I’m not surprised that a company like this has hired lawyers for their conglomerates under the moniker Keep Taft Great (a Trumpism).

And as Greg Aguirre has mentioned prior, this will be the fourth time in a few months that Finney has filed appeals in accordance to these fictitious groups to stop not only Taft from building a grocery store, but the city of Hidden Valley Lake/Middletown in building a Grocery Outlet (an unincorporated association of local Middletown and Hidden Valley residents that are concerned about the Valley Oaks Grocery Outlet as the project was approved by the planning commission), the city of Orcutt (Orcutt Sensible Growth) in building a grocery store and Santa Clarita (Santa Clarita Safe and Strong) from converting an old Sears into a Costco, gym and movie theatre. In everyone of these situations, they are met with resistance in the name of the environment. CEQA (seequa) to be exact. Read this: https://www.ocregister.com/2015/07/06/ceqa-used-as-legal-greenmail/.

The California Environmental Quality Act (CEQA) is California’s broadest environmental law. Ironically, CEQA has been dubbed Greenmail (which I brought up earlier) and “Greenmail or greenmailing is the action of purchasing enough shares in a firm to challenge a firm’s leadership with the threat of a hostile takeover to force the target company to buy the purchased shares back at a premium in order to prevent the potential takeover.” Do you now understand where this could all be headed if the City Council of Taft moves forward with this project despite the “non-verbal threats” of a lawsuit. This is where this could be headed if you look at the history of who Finney may or may not represent. As a resident of Taft we would hate to see Taft go bankrupt because of these environmental elitists that these lawyers represent.

I think the question that should be asked is why Taft? Is it the Union hiring these lawyers? It looks like Cerberus was at one point threatening the retirements of Albertsons employees. Or why is Albertsons/Cerberus hiring lawyers to keep other grocery stores out of towns? Is it based on greed? Or maybe there is a personal vendetta against someone in the community who stood against a “green organization” and they didn’t much care for that. Or maybe they just want to take small towns like ours out of the equation? Newsom already wants to make Taft a ghost town because of oil. I guess you can look at it from any direction. I just wonder why certain areas can get business’s and others can’t?

Now who is DynCorp? Jeffery Epstien was associated to this company that Cerberus (Albertsons parent company owns). “According to documents filed in the U.S. Federal Court in West Palm Beach, Florida in 2008, Epstein shared the tail number of his Bell Long Ranger 206L3 helicopter (tail number N474AW) with a U.S. State Department OV-10D Bronco. According to the Federal Aviation Administration (FAA) registration database, Epstein’s Bell helicopter & the Bronco owned by the ****U.S. State Department**** & contracted to the private military company ****DYNCORP INTERNATIONAL**** both used the same identification number. *due note that the FAA ID number has been reassigned to a Cessna training plane now.

It means that Epstein was using an FAA ID (think aircraft license plate) at the same time that a US military aircraft was registered with one. US Bronco registered with tail number N474AW from October 21, 1997 to May 14, 2010. Epstein’s Bell helicopter using same tail number on August 6, 2002 flying from Zorro Ranch.” – Rick ******

DynCorp is owned by the CIA front Delta Tucker Holdings; CEO of both companies is Lewis Von Thaer. DynAviation, DynLogistics, DynPort, DynPort Vaccine, DynMarine and Phoenix Consulting represent a one stop shop for creating disasters to facilitate human sex and organ trafficking. DynCorp was sex trafficking in Bosnia in 1999 (https://m.huffpost.com/us/entry/792394/amp), their employees were caught raping children in Colombia in 2004 (https://constantinereport.com/us-army-investigate-charge-multiple-child-rapes-dyncorp-employees-colombia/amp/?__twitter_impression=true), in 2008 a prostitution ring (https://publicintegrity.org/national-security/despite-allegations-no-prosecutions-for-war-zone-sex-trafficking/), and 2009 DynCorp officials were caught hiring child strippers to perform at corporate parties as well as video taping abuse (https://medium.com/@elBuho/hillary-clinton-and-dyncorp-the-unknown-story-of-the-15-year-old-belly-dancer-2587b2552a54). One thought on “Cerberus: The Son Of Albert”