I had a dream on the morning of March 30th. I was in a room with 2 other people. A man and a woman were sitting in what looked like kids school desks. I was standing facing both and the woman was on my left and the man to the right of me. I didn’t realize the man was there into the woman looked over towards him. They both had nice clothes on like business people do. I was shown (I’m guessing it was a vision in my dream) of people walking around with giant cement cubes shackled to one of there legs. It reminded me of the ball and chain from cartoons but it was a concrete cube. 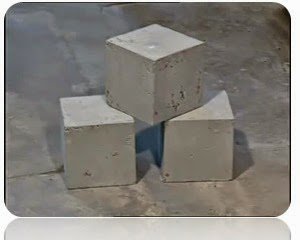 It was so heavy that people were having a hard time moving around just to do normal daily life. I kinda laughed in a sarcastic way when I saw it and looked at her and said, “how long is this going to last or when is this going to happen”? The woman looked at me and pickled up her phone. She started talking to someone and then looked to her left towards the man. This is when I realized the man was there. He then picked up his phone, talked for a few seconds and then looked at me and said, “4 years”. Then I woke up.

I’m not sure what it was that I was seeing but was pressed in my dream that it had to do with what is going on now. With the laws being passed and our liberties being taken away. And for some reason I can’t get this short dream out of my head. When I see a cube I am always reminded of the Cult of Saturn and being that it was chained to everyone’s leg is unsettling. It was a binding of sorts. If anyone has any thoughts, feel free to chime in. 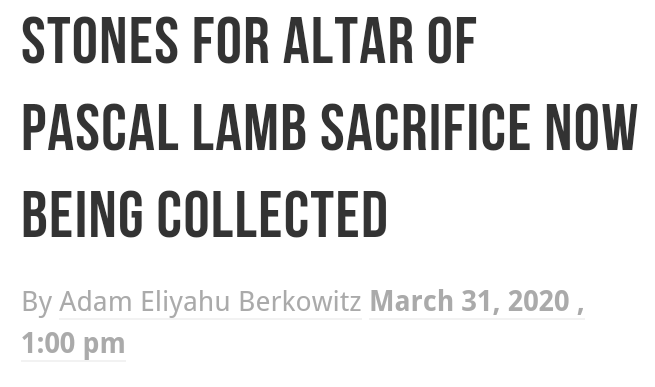 The Jews want to do an actual Passover sacrifice this year because they can’t do their practice runs because of this flu. “the Sanhedrin is preparing for an actual sacrifice fully consistent with Biblical requirements, brought on the Temple Mount, as a means of ending the pandemic. The Sanhedrin has issued a formal request from the leaders of Israel and the U.S. to allow this to happen. In the wake of the coronavirus, Rabbi Baruch Kahane who acts as the Kohen Gadol in most of the reenactments and is active in training the priests, requested that stones for a new altar be prepared in a manner that adheres to the more stringent requirements of a permanent altar.
“We are preparing for the possibility that the actual Korban Pesach will take place on the Temple Mount on the eve of Pesach,” Rabbi Weiss said. “If the government decides to allow it, we must be ready to go up and begin the service.”
A lamb has already been acquired for the sacrifice and stands ready.” Link 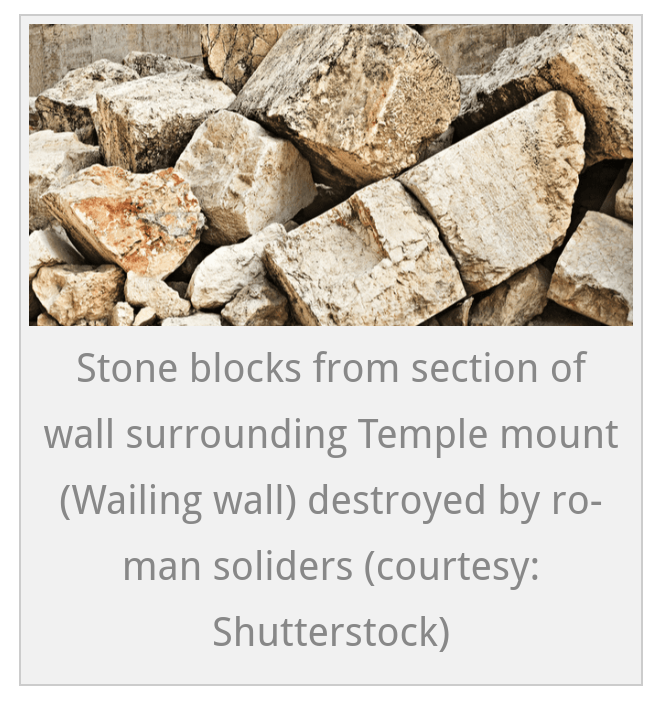 So what caught my attention is that these stones for this altar and about the same size I saw in my dream. And the first image I see in this story is the image above. The rubble of the Herodian wall of these stones. I can’t help but thinking that the concrete cube stones I saw binding the people was connected to this altar of blaspheming. Notice they want to do it on the Eve of Pesach. This is Wednesday April the 8th or Nissan 14 5780. This is the day after Solomons ritual of binding and loosing demons on April 7th. Things are going to get crazy if this blasphemy passover lamb is sacrificed. Trust me.

UPDATE: So after I wrote this I had been studying Romans 13 and specifically verse 3. I’m explaining how these verses were not meant for Christians to “obey” or “submit” to a government that was contrary to what Paul was saying. I’m saying that Paul was saying this is how you spot a tyrannical government. Obedience is to GOD alone in such cases.

I was researching & studying Romans 13:3 and the word for fear in the Greek. Phobos is where we get our English word phobia. Phobos translates to an interesting word in Hebrew. 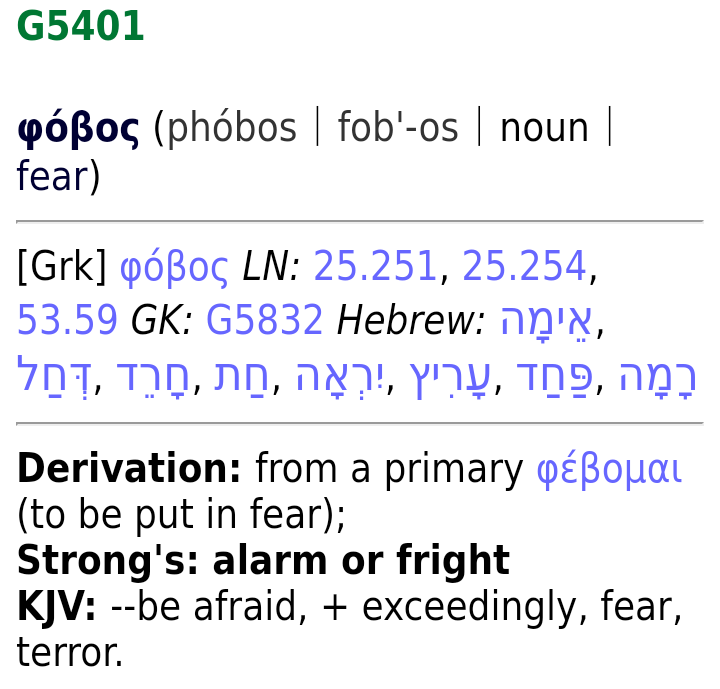 The word is Eymah. Notice it says fright, CONCRETE, an idol (as a bugbear). CONCRETE. Just like my dream. And eymah terror or fear is associated with the sea or water where it is a place of chaos. What beast comes out of the sea? And you who know my research well enough to know that I believe this first beast of the sea is the spirit of Satan representing the spirit of Antichrist.

So then what about this bugbear tray is an idol similar to Chronos/Saturn? A bugbear is a goblin creature that eats children. Chronos which is Saturn eats children. Saturn is the cube.

A bugbear is a legendary creature or type of hobgoblin comparable to the bogeyman (or bugaboo or babau or cucuy), and other creatures of folklore, all of which were historically used in some cultures to frighten disobedient children.

Its name is derived from the Middle English word “bugge” (a frightening thing), or perhaps the old Welsh word bwg (evil spirit or goblin), or old Scots bogill (goblin), and has cognates in German bögge or böggel-mann (goblin), and most probably also English “bogeyman” and American English “bugaboo”.

In medieval England, the Bugbear was depicted as a creepy bear that lurked in the woods to scare children.

And ironically, bugbear is also a computer virus. It is a virus that can control a computer by a remote user.