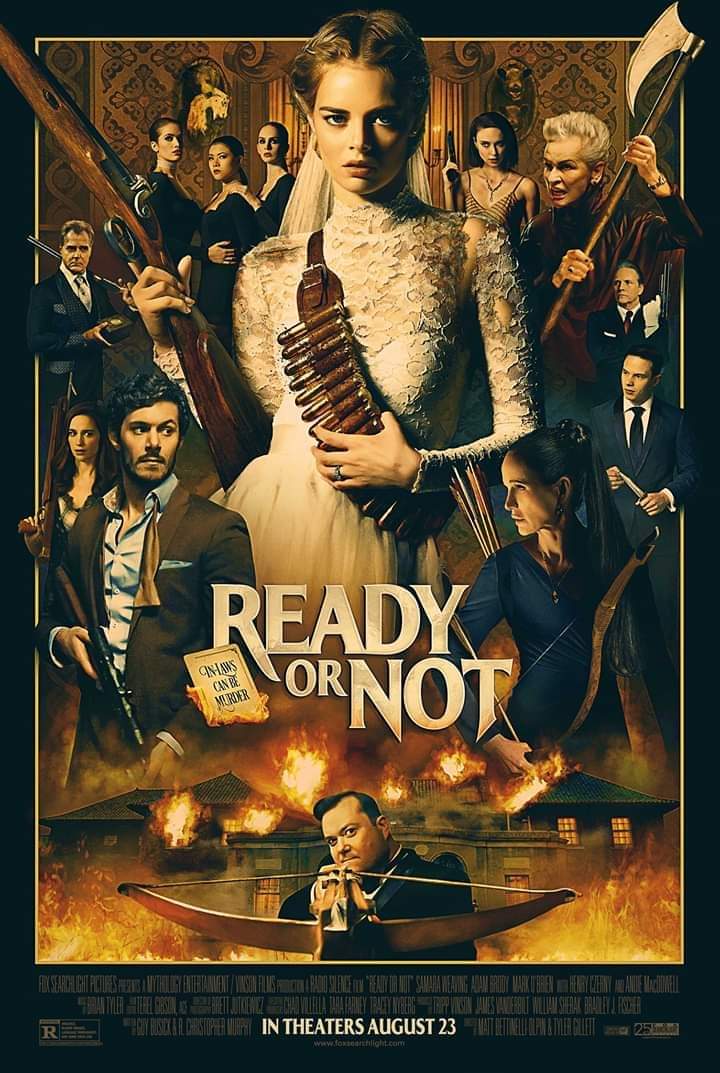 I wrote this in June after seeing the trailer….then I just recently watched the movie. It actually was in theaters August 23rd. Read to the very end. SPOIL ALERT 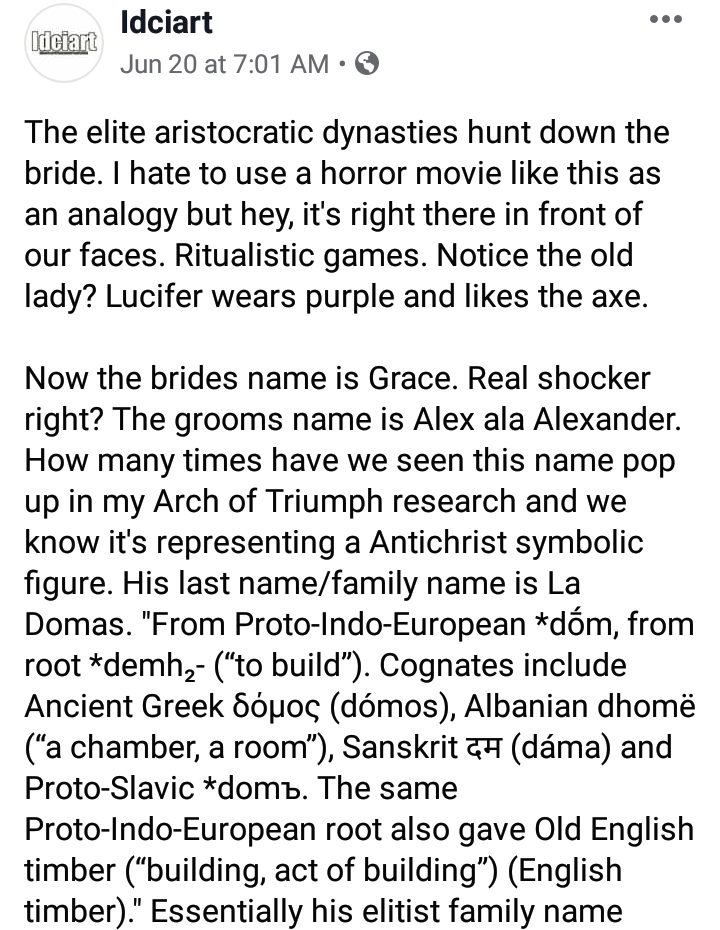 (June 20th, 2019) The elite aristocratic dynasties hunt down the bride. I hate to use a horror movie like this as an analogy but hey, it’s right there in front of our faces. Ritualistic games. Notice the old lady? Lucifer wears purple and likes the axe.

Now the brides name is Grace. Real shocker right? The grooms name is Alex ala Alexander. How many times have we seen this name pop up in my Arch of Triumph research and we know it’s representing a Antichrist symbolic figure. His last name/family name is La Domas. “In ancient Rome, the domus (plural domūs, genitive domūs or domī) was the type of house occupied by the upper classes and some wealthy freedmen during the Republican and Imperial eras.” 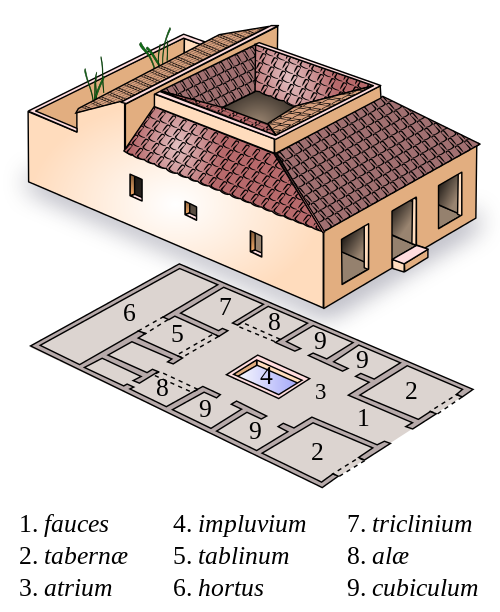 So think again if you think it’s just another horror movie. The bride Grace is saved by her husband Alex who is acting as the good guy but is actually not the good guy. Sounds a lot like the modern church deception going on now doesn’t it?

(November 20th, 2019) I just recently watched this movie and it was everything I expected. You have a aristocrat elite family called the Le Domas family who made a fortune off of demonic boardgames. I expected to see the Quija but didn’t. 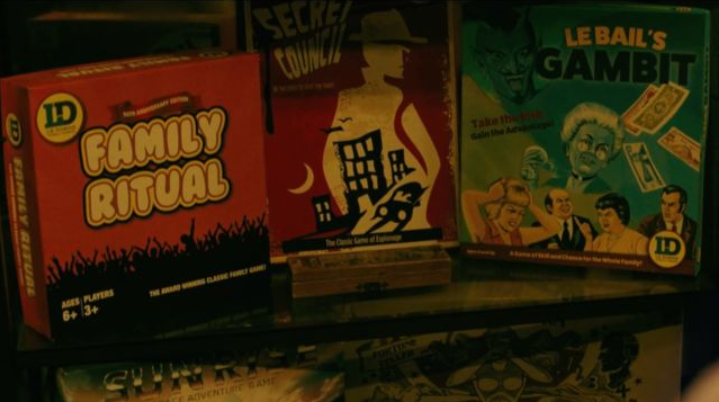 It was funny because the way they pronounced the family name sounded a lot like DUMBASS. (Which they were). You can get a primer below of what this movie is about but the jest of it goes like this. An elite family made a pact with Satan for wealth and fortune. Le Bail was his name and by the looks of the trickery in the spelling and pronunciation, this was Ba’al. The Ba’al to be exact. So they made a deal that was based on a black box (Saturn’s Cube Cult reference) and had to play a game when someone new was married into the family. Grace got stuck playing hide and seek and they were to find her and sacrifice her ritualistic style. 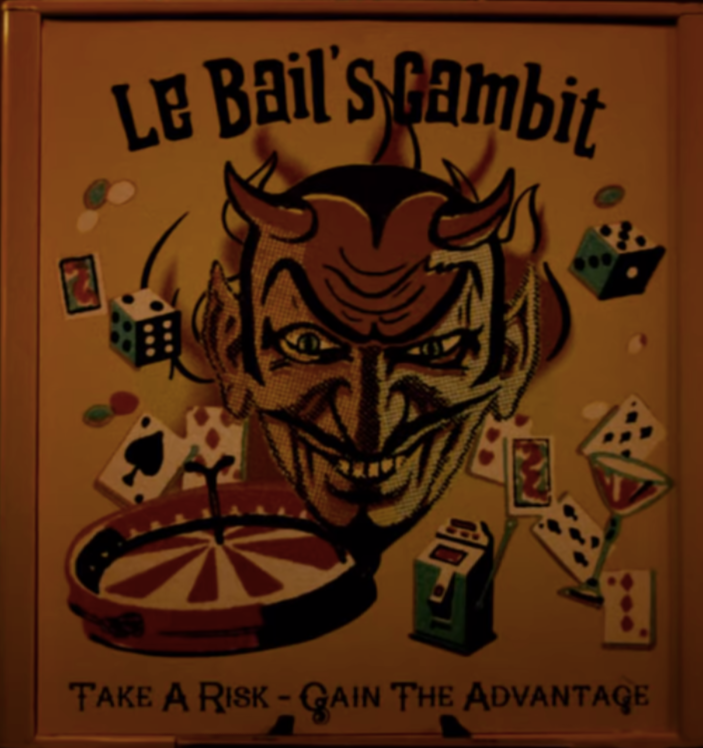 Ironically the tides changed in the game/movie when Grace fell into a pit of dead goats (and people sacrificed) and crawled out of it on the ladder provided. This was the turning point and showing us her symbolic rise out of the pit, up the “stairs” or ladder in this case and her elovated consciousness. Well known Masonic symbolism of climbing Jacob’s Ladder. 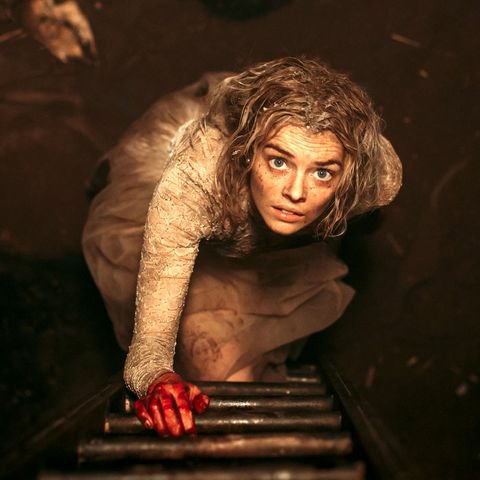 The movie jokingly made conspiracy theories on wealthy families being Satanists a big joke. But we know movies imitate life, joke or not. In the end the Le Domas family literally implodes one by one because they could not sacrifice her by Sunrise. This will be the end of these Satanists/Luciferians in real life. Eternity in the Lake of Fire with the devil and his angels.

The last thing I want to point out is the chant they did when she was strapped to the table to be ritually sacrificed. I came across this recent post in a Kabbalah group. In the movie it sounds like they chant “Shem Vayisa Vayet” or “Shemhamphorash”. It started off with Shem so that caught my attention. I am almost positive they were re-enacting a actual ritual to invoke one of these 72 demons of the Goetia. I will confirm this later. 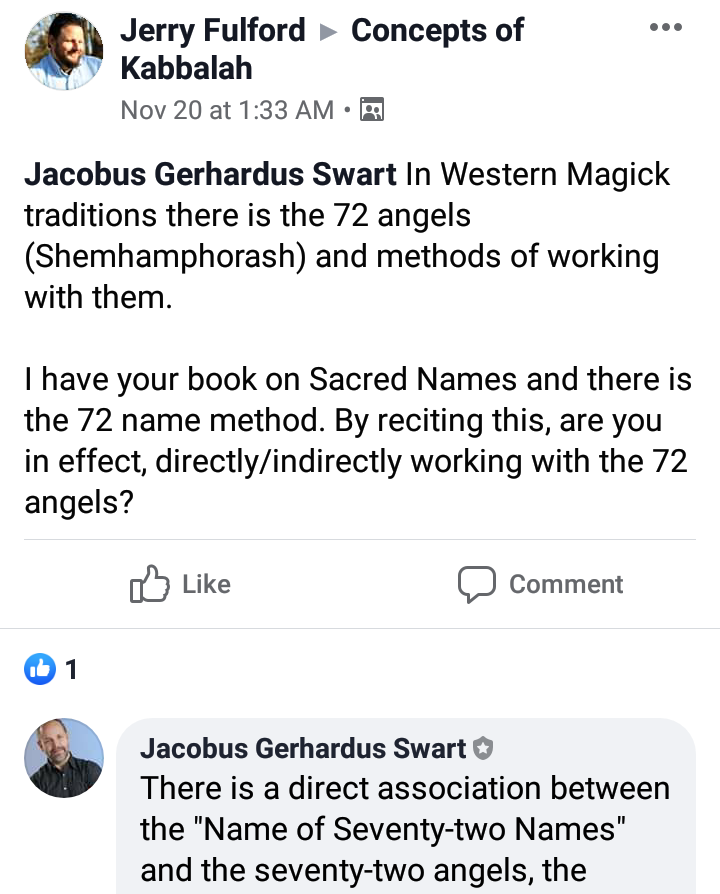 “There is a direct association between the “Name of Seventy-two Names” and the seventy-two angels, the names of the latter being directly derived from the Divine Name construct. In that regard, there is in my estimation verity to the assumption that employing the any of the seventy-two tri-letter combinations, or, for that matter, the associated angelic names in an incantation would automatically, as it were, invoke all relevant powers. However, I have to date not found any reference in primary Hebrew literature regarding either the “yah” or “el” suffixes being added to convert the seventy-two portions of the “Shem Vayisa Vayet” into angelic names. In fact, in the primary texts which I consulted I found only indications of the suffix “el” being employed in the formation of the seventy-two angelic names, as indicated in “Mifalot Elokim.” As an aside, the Hebrew term ‘Shemhamphorash” (Explicit Name) being employed as an exclusive reference to the “Name of Seventy-two Names,” is problematic, since the same expression is employed in reference to several Hebrew Divine Names.” – Jacobus Gerhardus Swart 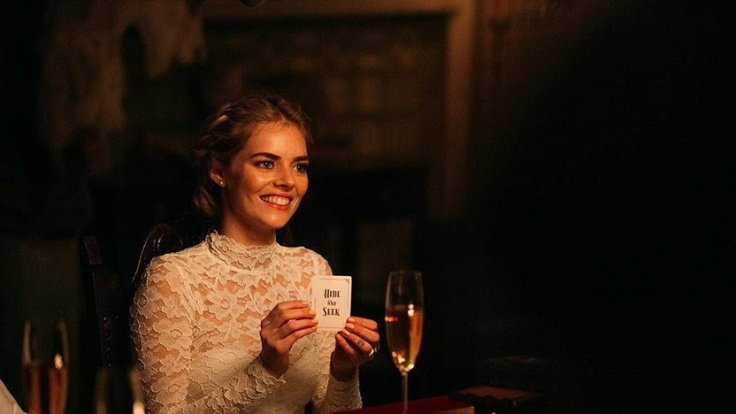 “Grace’s new father-in-law Tony Le Domas (Henry Czerny) tells the story when the family gathers the night of the wedding. Victor Le Domas founded the board game empire that made them rich, but first, he was a merchant seaman. On one of his trips he met another merchant who shared the same passion for games. His name was Mr. Le Bail, and he carried a mysterious box with him. Le Bail made a wager with Victor, saying that if Victor figured out the mystery of the box, then he would grant him wealth and success.

What the Le Domas patriarch doesn’t explain to Grace is that Le Bail is literally the devil himself. Many of the family’s vintage-looking game designs feature an illustration of Le Bail with a thin mustache, sharp goatee, and horns. And the Le Domases obviously half-expect him to materialize in their home; they leave an empty chair for him in the game room, and family lore is that Alex (Mark O’Brien), Grace’s new husband, saw him once, when he was a child.” Link 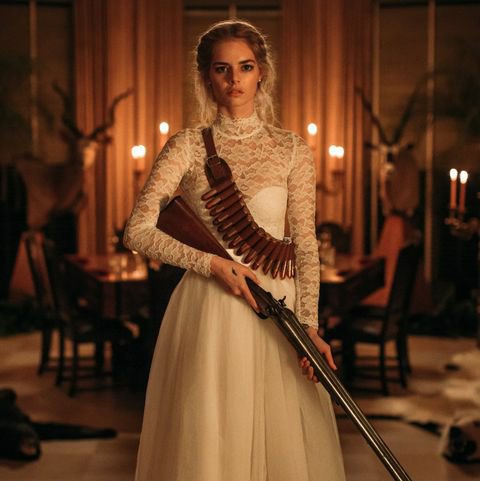 Ironically, the ending of the movie changed from a sacrificial ritual on a table with a pentagram and dagger of a woman named Grace who was a bride, to Grace winning in the end. And evidently Trump played a role in this ending changing.
“The ending was much different, initially, when we first got the script. A lot darker,” executive producer Chad Villella told Bloody Disgusting, adding that it saw Alex, Grace’s husband, kill her and the Le Domas family get away with it. It would have been a serious downer ending, given how much you root for Grace throughout the movie. You certainly wouldn’t want to rewatch it knowing that all of her effort to survive was going to be for nothing.

And, weirdly, you’ve got President Donald Trump to thank for the ending being changed. “When we got attached to this script, and when the script was originally written, Obama was president, and when we got involved with [producers Fox] Searchlight it was literally the day after Trump got elected,” recalled co-director Matt Bettinelli-Olpin.

“And the desire to make something that dark went away. It was like, we’re living that shit now. We don’t need to go experience it at the movies. Let’s have the cathartic version.” Co-director Tyler Gillett added: “It was really clear that one version of the movie has the audience leaving cheering and the other one has the audience leaving like, really feeling the same general terror that we’re all experiencing in our daily lives anyway.” Link 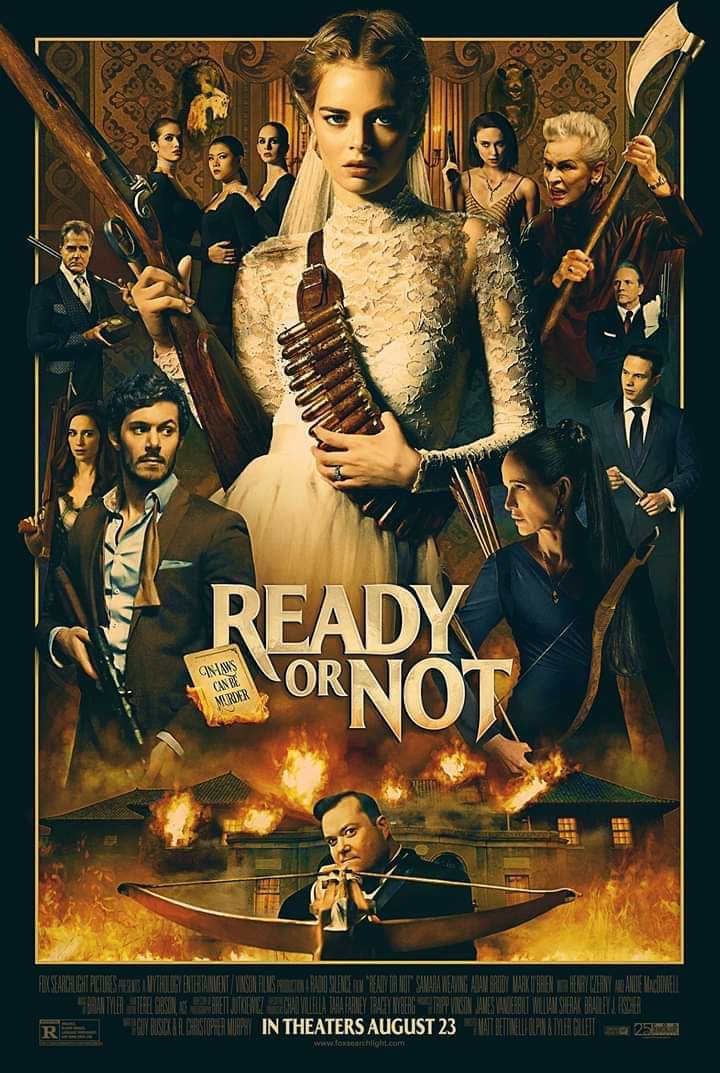