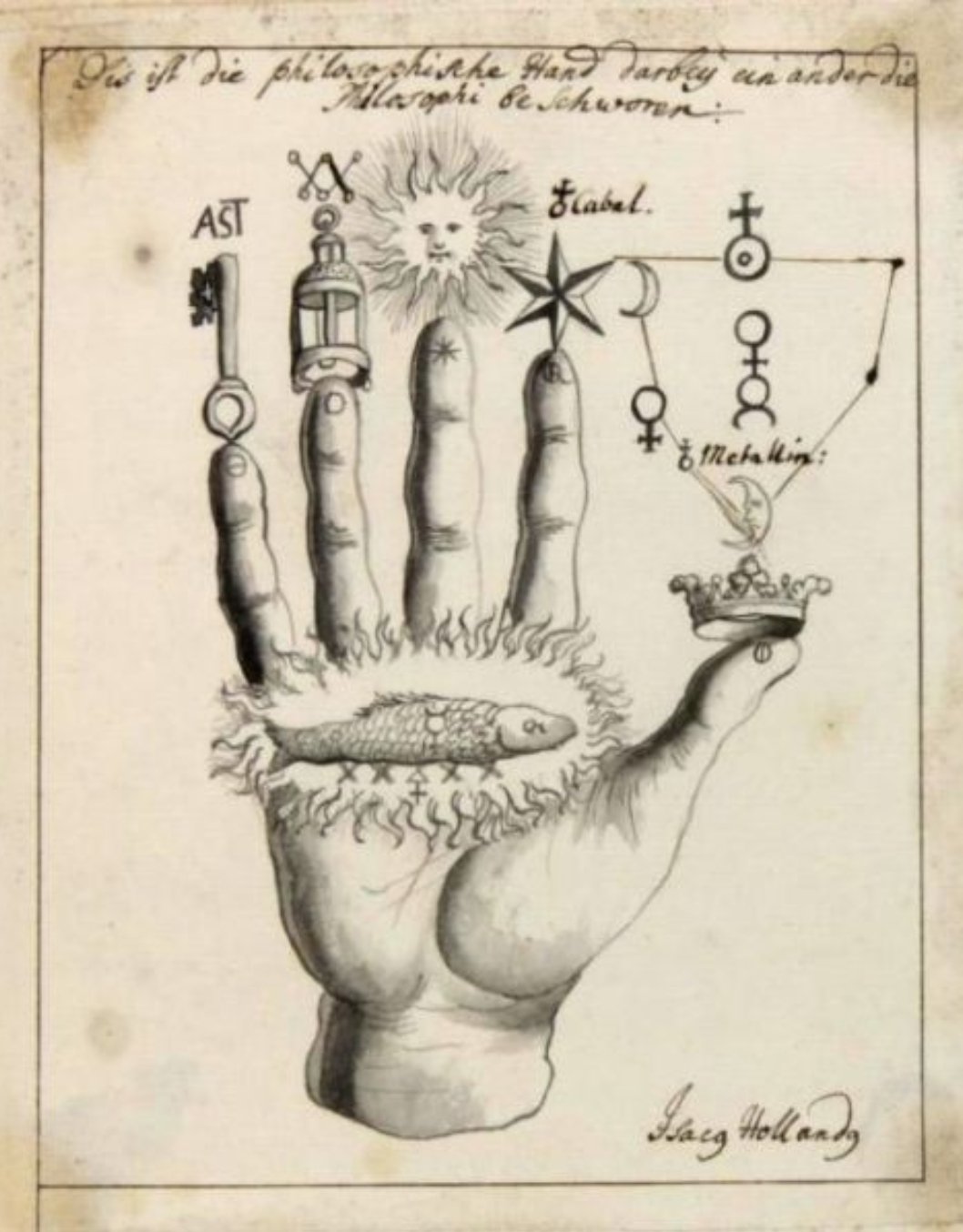 I’m not too into the whole, “the pope is the Antichrist or false prophet” prophecy doctrine, but this is very interesting. When looking at the site where the red heifer will be sacrificed, we see at the church of Dominus Flevit on the Mount of Olives something very interesting. When you look at the history and how this church got here and what was going on before it was built, it gets a little strange.

A few years ago the bones of Peter (Simon bar Jonah) was allegedly found on this site in an ossuary. The Vatican has always claimed that Peters bones were there and by now you should know that the RCC vlaims the Peter was the first pope. I won’t go through all of that nonsense and why they believe that, but you can just as easily Google it and find out why they say and believe that. 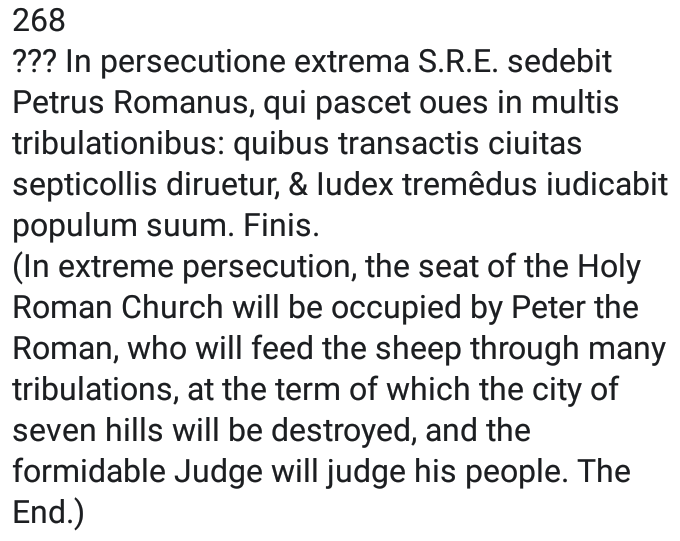 The final prophecy by Malachy of the final pope is “petrus romanus” or Peter the Roman. Isn’t it not strange that the red heifer will be burnt on the Mount of Olives where the bones were allegedly found that belonged to Peter the Apostle. You have a current pope who matches a few things wth the spot where the red heifer will be sacrificed, which connects the last pope to all of this.

So here is what is said about this box that was find that they claim to be the bones of Simon bar Jonah or Simon Peter, found on the Mount of Olives, not in under the Vatican.

“On December 23, 1950, Pope Pius XII announced to the world that the ancient grave and relics of St. Peter had been located in the “Red Wall” below the high altar and confirmed the authenticity of the relics: (notice that it was found at the red wall, this was the alleged bones of Peter goind at the Neocroplis in the Vatican. It was found on 12/23/50, 70 years prior to the day of the geat conjunction. This will be one biblical generation since these bones of Peter were announced/found in the Vaticans red wall. In my book I theorize why they would burn this red heifer at the time of the Jupiter/Saturn conjunction. No coicidence here.) <~~my comment

“New investigations, most patient and accurate, were subsequently carried out with the results that we, comforted by the judgment of qualified, prudent and competent people, believe are positive. The relics of Saint Peter have been identified in a way we believe convincing.”

Under subsequent investigation by a physical anthropologist, the bones of several individuals (including a woman and certain farm animals) were identified, bringing into question the authenticity of the find. 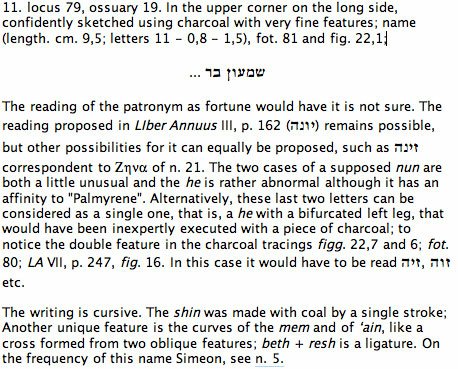 Not long after this, what appeared to be an amazing and conflicting discovery was made in Jerusalem by the Franciscan Father Bellarmino Bagatti in the area of the Dominus Flevit Church on the Western slope of the Mt. of Olives overlooking the Kidron Brook and the Temple Mount. Among the burial caves at the site numerous ossuaries were discovered with what he considered to be early Christian symbols including the Christogram (Chi Rho). Even more shocking to his mind was the discovery of the remnant of an ossuary bearing the Hebrew name of St. Peter, Shimeon Bar Yonah “Simon, Son of Jonah”. He first published the find in 1953 in Liber Annuus III, 149-184. This, of course, caused some concern since the discovery ostensibly contradicted the finds that were announced in Rome.” (https://www.uhl.ac/clarifying-dominus-flevit-tomb-part-2-final-resting-place-simon-peter/)

Did you happen to catch where he said the “he” looked to be similiar to “Palmyrene”? Do you realize that is script from Palmyra, Syria? The Arch of Triumph. Another strange 6° of seperation. To read more about Peter being buried at Dominus Flevit, please read this.

“The present church on this site dates to the 1950s and was designed by the celebrated Italian architect Antonio Barluzzi who is responsible for many other Franciscan churches in the Holy Land. Barluzzi strove to have the form of each church he designed reflect the essence of the relevant Scriptural passage commemorated. Accordingly, Domius Flevit is a small chapel with a high pointed dome that is meant to evoke the shape of a tear, a reference to weeping of Jesus that happened on this site.

Four jars surround the cupola; these are phials, vessels used to gather tears in ancient Greco-Roman funerary art. A similar concept is expressed in Psalm 56:8. In addition, the church’s apse contains a beautiful window facing the Temple Mount (which is west rather than east as in most churches) in order to memorialize the exact view that Jesus had when he stood on this very site.

The modern church of Dominus Flevit is built upon the foundations of an earlier Byzantine church which faced east. Extensive remains of the ancient mosaic floor of this 7th century monastery church are still visible. The Greek dedication inscription reads: “Simon, friend of Christ, who built and decorated this place of prayer and offered it to Christ our Lord in expiation of his sins…” LINK

I find it interesting that these vessels on this church are used to gather “tears”. Obviously they aren’t but it is interesting that there are jars there are reminiscent of the jars that hold the water for the red heifer. The front churches or mosques usually face a certain direction. East is the normal direction, so for it to face West towards Jerusalem is strange. And the deication from another Simon. All wierd connections in my book. So the location for burning the red heifer abomination can be in one of two places. Dominus Flevit or Pater Noster as I showed you in the previous paper. Pater Noster means “our father” which is named after the first 2 words of the Lords Prayer. Both of these catholic churches hold occult significance to these people and this is why churches are over the spot where the red heifer was burnt and where Jesus was crucified.

You can see in the images above where these sites are located according to the al-aqsa mosque, where they believe the Temple was, but I would say the point of cobtact for these guys is the Western Wall and the Synagogue that was built directly underneath the wall. So that leads us to Pater that means father.

Well now it gets a little bit weirder. Here is something I wrote a few years ago. Did you know the word Jupiter is related to Jew Peter (Pater)? Let’s throw Jupiter Serapis (Apis/Osiris=Serapis) back into this mix of the red heifer abomination.

“The Matrix. The Ma Trix. Trix is phonetically the same as Tricks. And who is the Trickster? Who has dominion over this realm “for a time”? Lucifer of course. And Ma tricks would be Lilith Tricks, the female form of Lucifer. Lilly Wachowski… https://t.co/eHfPBrJDBg&#8221; – Goldenhorn

The English word matrix comes from the same word in Latin, meaning womb, which in turn comes from mater meaning mother. At the time of translation, matrix meant womb in English, but it has since taken on different meanings in biology, mathematics, computing and electronics. (It is because of these multiple meanings as well as its use in the Bible that the Wachowskis chose it for their 1999 movie The Matrix.)” – Lugh Summerson

There is also a play on the Latin here with the Hebrew ‘peter’ (openeth). Matrix comes from the same Latin word as mater does. Mater is MOTHER. In Latin, pater is a play on the word peter. Pater means FATHER. You have Peter as the head of Roman Catholicism (so they think) and he represents the “holy father”. The Pope is mimicking this “father/pater” while “Mary” or in their case Ishtar/Isis/ect. is representing the “holy mother/mater”. This is the same kind of union Jews have at the Western Wall with their divine feminine Shekinah who is probably in fact no different than that demon Lilith. You get this Father/Mother role combined, no different than the transgender agenda. And then you have the god they all really worship, Jupiter. Scholars believe this is a play on Jew Pater. The father of the Jew. Who did Jesus say their Father was? (<~~symbolically, not physical father. Just thought I’d put a disclaimer on that. I don’t support serpent seed doctrine.)”

So there seems to be some strange connections to all of this. Will this burning of the red heifer invoke the man of sin to be possessed as Judas was with Satan when he betrayed Jesus? I think so. Will demons rise, spiritually speaking, out of the ashes like a phoenix and possess the earth dwellers with dybbuks? I think so. Will Jupiter Serapis rise one final time and claim to be Jesus to the Christians, the Pope (father) to the Catholics, Esa (false Jesus) to the Muslims and Arabs and the coming mashiac to the Jews. Will Esau the red one come back for his inheritance when the red heifer is burnt? I think so to all of this.