This is courtesy of the Temple Institute fb page posted around 20 minutes ago (7:30am Pacific time). Notice in the article he states that they had a SINGLE candidate born last year. They have berm making these claims in the last few months that they have a few of them. That seems to be a exaggeration until today. He also gives the 3 years old date in order to be burnt. This doesn’t line up with rabbi ariels claim of a heifer being ready at 2. But when I talk to those in charge of this in Israel, they say Chaim Richman (Temple Institute) just misspoke. So did he misspoke 20 minutes ago…again?

Lastly, these 2 births just happened to ironically fall on or around the Sabbath of the red heifer. “Shabbat Parah (“Sabbath [of the] red heifer” שבת פרה) takes place on the Shabbat before Shabbat HaChodesh, in preparation for Passover. The sages in the Gemara asked, “Why is the passage about the death of Miriam juxtaposed to the passage about the red heifer? This teaches us that just as the red heifer brings atonement, the death of the righteous also bring atonement.” This Sabbath is when the Jews torah portion Numbers 19 is read, the red heifer mandate. I guess it’s easy to plan when you’re a mad scientist. Notice the Jewish scholars compare the death of Miriam (Moses sister) to the red heifer. Not that it matters, but Miriam is a form of Mary in English and Catholics and Muslims both worship a form of Mary in their goddess worship. You can even see this goddess in Judaism with the Shekinah. So her death is “juxtaposed” with the bring about the ashes of the red heifer. In my thinking this is symbolic of Lucifer having 2 forms. The goddess divine feminine in the celestial and the divine masculine man of sin Antichrist in the terrestrial. “Miriams” death is symbolic of this whole thing in my opinion.

The intention of the Temple Institute’s Raise a Red Heifer in Israel program is to renew the ordinance of the red heifer, beginning by raising red heifer candidates, and ultimately providing the ashes used in the purification ceremony conducted by the Temple priests.

The two newborn heifers currently appear to possess the necessary qualifications for being red heifer candidates, having only red hairs, reddish skin and hooves, and no scars or blemishes. additionally, red heifers cannot by yoked or put to work. In the upcoming weeks experts from the Temple Institute will conduct a meticulous examination of the heifers to ascertain whether they are indeed, viable red heifer candidates.

Currently the Temple Institute is raising a single red heifer candidate born last summer. A red heifer candidate can be disqualified if not red hairs begin to appear in its coat, or if it acquires a scar or any other blemish. At the age of three years a viable red heifer will be slaughtered in strict accordance to Torah law, its body will be burned along with cedar wood, hyssop and wool and the ashes will be mixed with pure waters, which can then be used for achieving the ritual purification of tum’at hamet – impurity caused by contact with a corpse. The ashes attained from a single red heifer are enough to last for many years.” (https://www.facebook.com/22738684968/posts/10151176934254969/) 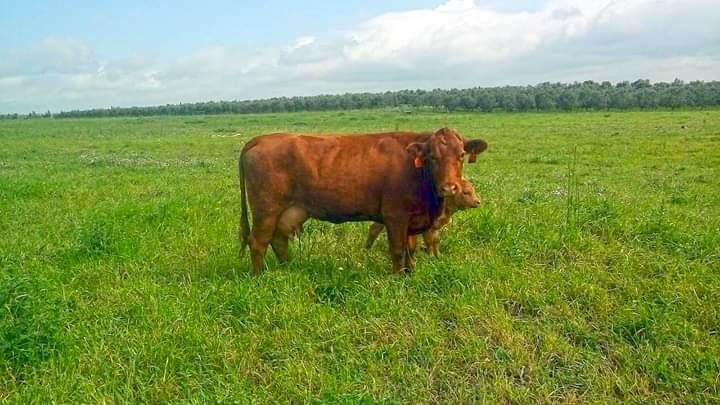 The date of conception for these 2 heifers would be around June 20-22, 2018. Now I only bring this up because these heifers are genetically modified by the TI’s own admission from past articles. They can plan this out the the day which runs their “divinly coincidence” house of cards. I believe they look to the stars to plan these things and June of 2018 is very interesting. The dates of conception just so happen to have Venus (their goddess in the form of Lucifer) in Cancer or the Crab. 2 heifers concieved, Cancer being the gate of man in the esoteric and representing the 6 and 9 of duality.

Here is a article I wrote a few months ago about the Kid who would become King movie. “Cancer has been called the gate of heaven or the gate of man. Bullinger believed this was the sheepfold of the sheep (meaning Christians). I don’t think so. The sign of Cancer, which in the ancient zodiacs connected mankind with Satan and the Underworld which makes more sense to me. Bullinger wasn’t all that. “New Age sources identify Cancer as the “Gate of Men” or the gateway in the heavens through which souls descend into matter, i.e. human bodies. This is the Gnostic doctrine of the pre-existence of souls, i.e. that all humans were once part of a Universal Soul from which certain souls, whether on a mission for the gods or enticed by materialism, descended from their ethereal state into bodies.

Albert Pike expounded at length on the pre-existence of souls in Morals and Dogma of the Ancient and Accepted Rite of Scottish Freemasonry. This false doctrine, which was believed by the Kabbalists, Platonists, Essenes, and Neo-Platonists such as Origen of the Alexandrian School, originated in the Babylonian (Chaldean) Mysteries.” (http://watch-unto-prayer.org/cancer.html) 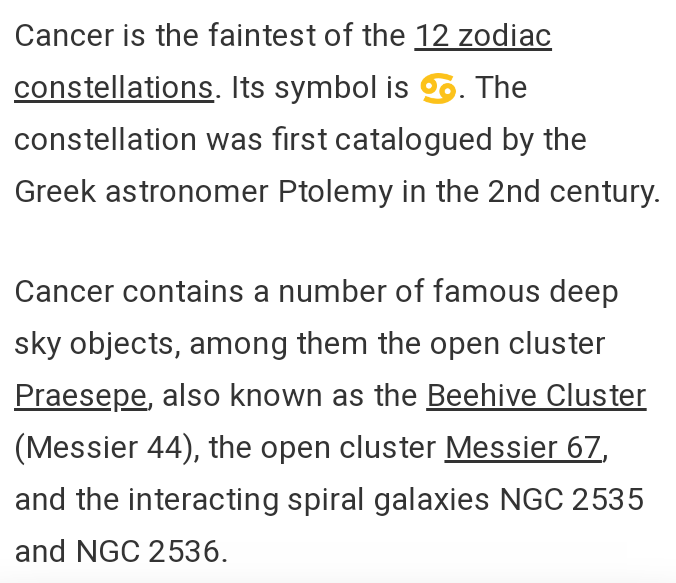 This is why you see the sign of Cancer at the keystone of the Royal Arch in Freemasonry. This is the gateway to their ascension as spirits descend through Cancer to take them through Capricorn to their final ascension. “Cancer was known as the ‘Gate of Men’ through which souls descended from heaven into human bodies…Through these gates souls were supposed to descend to earth and re-ascend to Heaven. One, Macrobius says, in his dream of Scipio, was styled the Gate of Men; and the other, the Gate of the Gods. Cancer was the former, because souls descended by it to the earth; and Capricorn the latter, because by it they re-ascended to their seats of immortality, and became Gods.” LINK

It is all about the red heifer and the arch to bring about the Antichrist. I’ve been saying this for a few years now. I also want to mention how Cancer looks similiar to an upside down cross or broken cross. 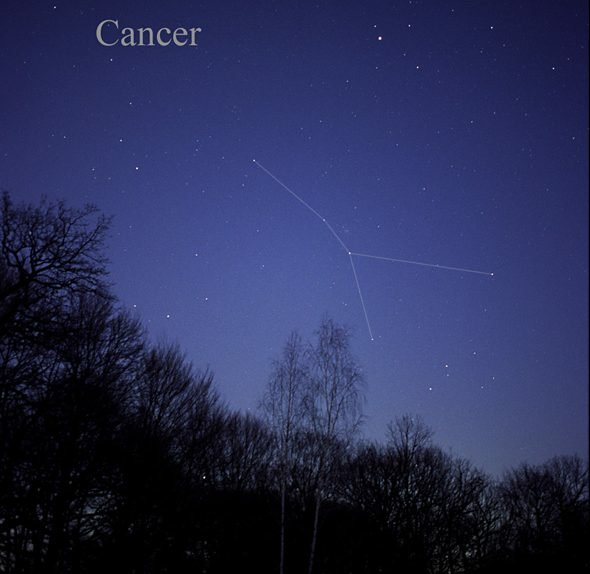 The Gemini Twins also come into play as far as duality and “twins” goes. I’m only looking at this based on 2 heifers being born around the same time. They both may end up being blemished, we never know. 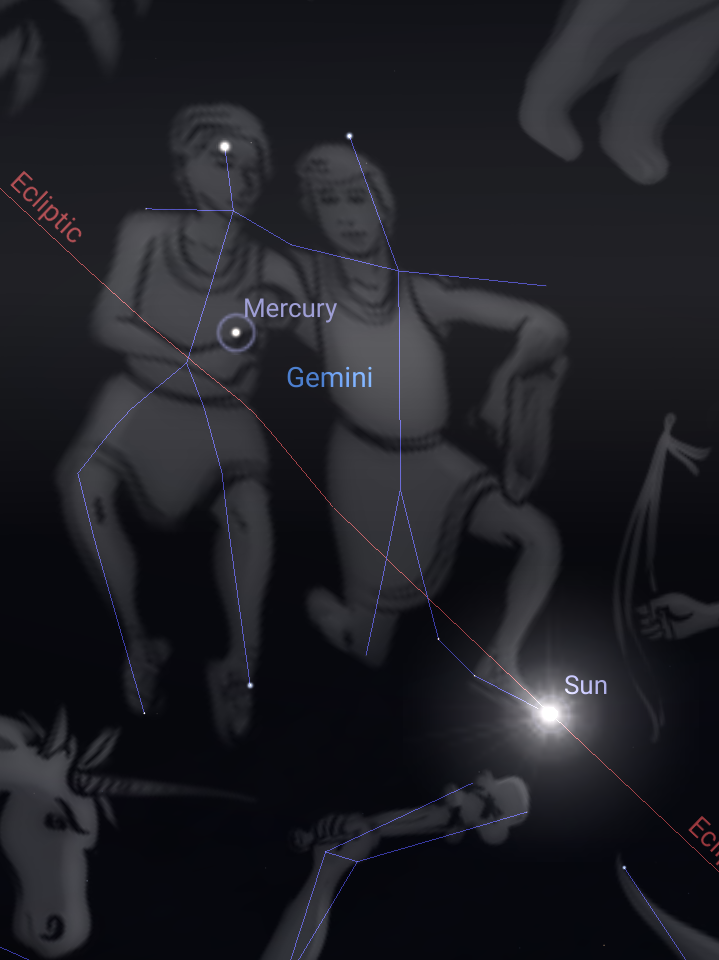 The sun was at the foot of Castor. Remember, at conception the Sun was in Cancer (69) and at birth the Sun is in the Gemini Twins representing andrygony in the occult. If you follow my blog you know what this means. Check out this page about Gemini.

Now look at the heavens when they were born. Jupiter is still near the Golden Gate or Gate of the gods in Ophiuchus the restrainers knee and the Sun was in Pisces. Another esoteric duality twist. The Sun was in the fish going Westward which is represented as the Antichrist. How’s that for symbolism?

(They want you to think they have multiple heifers so no one can stick a date on the “one”. They may fool some but not here.)

Rabbinic experts traveled this week from Jerusalem to two separate locations in Israel where a small number of red heifer candidates are being raised, as part the the Temple Institute’s Raise a Red Heifer in Israel program, initiated four years ago. Three of the most recent candidates were checked to determine whether they bore suitably red coats, as required by halacha (Jewish law) to render them eligible as red heifer candidates. One bore a small patch of white hairs, rendering it ineligible. One bore a few very light red hairs, which will require further inspection. A third candidate is currently eligible, and will also require follow up. It is important to note that these three heifers are not the only candidates currently being raised. This video clip was taken during the inspection.