I am one to believe that the signs in the heavens that Jesus talks about will be manifested symbolically and coincide here on Earth. I have written a few things in the last months regarding the Golden Gate which is also known as the gate of gods. Basically, people believe it’s a portal near Ophiuchus’ right knee/foot inbetween Sagittarius and Scorpio. A lot of strange things have been going on there since Saturn left Ophiuchus and we have seen strange happenings take place in Jerusalem. Now a story broke in February about how the Muslims were wanting to break through the Mercy Gate that faces East towards the Mount of Olives. 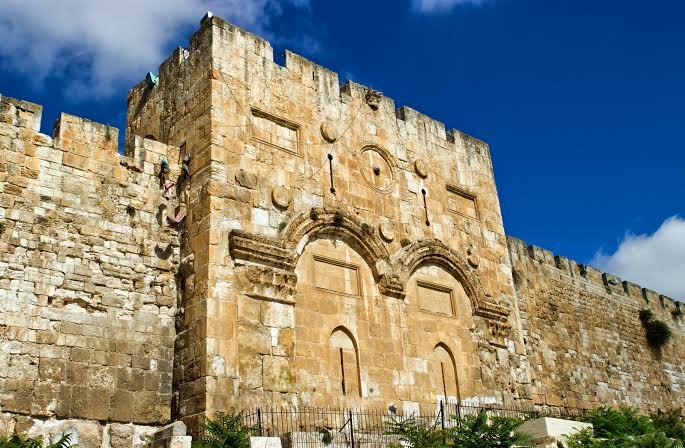 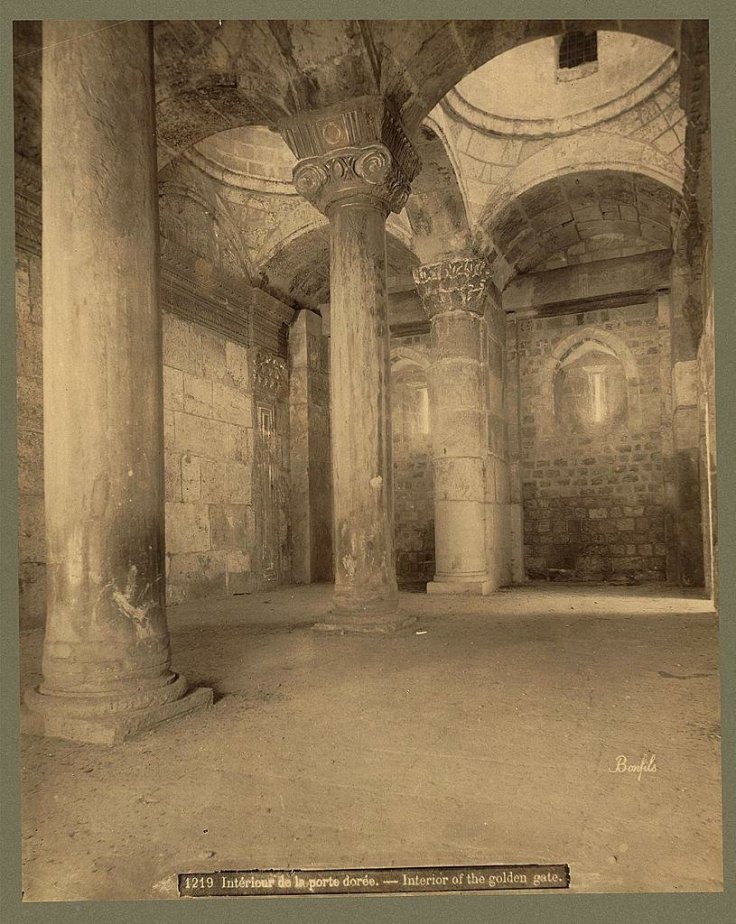 A little history on this gate. It is one of twelve surrounding the Temple Mount area. This is where Jesus made entry into Jerusalem on a donkey. Jews actually believe their “messiah” will ride a donkey through this mercy gate. Ironically they are missing the mark on this one altogether. Muslims took control of the gate and sealed it shut in the past. They went so far as to build a Cemetary there because then the Jewish messiah wouldn’t pass through it because he would be a priest and obviously, the priesthood can’t walk over dead bodies. Jews now say their coming messiah doesn’t have to be a priest so the whole thing is moot. Now Muslims believe when their Mahdi comes that this will be a time of judgment worked out by Isa (Muslim Jesus) and each person will have to cross a single strand hair thin “rope” from the Mount of Olives to enter into this Mercy Gate. If you fall in the Kidron below you obviously have v faced judgement. The rope starts at the 7 Arch Hotel on Olivet that, is owned by the Hashemites of Jordan. Essentially this gate of mercy is also a gate of judgement.

Now…I think the Muslims want to reopen this Mercy Gate just by what they are doing now. To me, this move by Islam says a lot. This tells me that they think the arrival of their Mahdi and Isa is soon. On February 22nd is when all of this started and their is a little connection to the two pillars of Freemasonry here. Remember, these 2 pillars according to Freemasonry lead you to your “ascension” of your “higher self”. “The pillars of the Golden Gate are said to be a gift of the Queen of Sheba to Solomon according to one ancient legend, but these would not be part of the present gate above the surface of the ground which is too recent. Some scholars have noted that the double gates of judgment and mercy contrast not only “Law and Grace” but are reminders of the two bronze pillars, Jachin, “in his counsel” and Boaz, “by his strength” which stood in the front of the First Temple.” (http://www.pray4zion.org/GateofMercy.html)

“The double arch of the Eastern Gate is highly spiritual. The names given to the northern arch, Tawba and, the southern arch, Rahma, mean repentance and mercy. Worshippers entered the Temple courts through repentance and exited having received mercy.(The Eagle newspaper, 2008.)

Now the interesting thing about this Mercy gate is that it is called the Golden Gate. Now I mentioned that there was a lot going on with this heavenly golden gate. Not only with Saturn but a few months ago we saw what looked like a “stargate” in the vicinity of this Golden Gate. This gate is known as the gate of gods. I think you can figure out what that means. Opposite the Golden Gate is the Silver Gate near Orion, this is called the Gate of Man. The gates for mans acsension and the fallens descension. I think this all correlates with what is happening on Earth. This all started with this gate on Jerusalem on February 22nd. Ironically the false sign of Jupiter was near this Golden Gate in Ophiuchus. You will see a screenshot below where Jupiter is now in relation to King Abdullah making his trek to the Untied States to talk about all of this with Trump. I don’t think it’s coincidence that Jupiter is now near the Golden Gate as this is all going on. This is just another invocation to their god Jupiter to enter his Temple once again. And how do we know that this gate is spiritually significant other than what we are told? “According to Jewish tradition, the Shekhinah (שכינה) (Divine Presence) used to appear through the Eastern Gate and will appear again when the Messiah arrives.” Link is on the screenshot.

One thought on “Two Gates, One Purpose: their god is Jupiter”