Have you noticed the engraving on the exit side of the Arch of Triumph seems to be some sort of tree or plant. It looked an awful like the esoteric vascular “tree of life”. This takes the Arch being a “gate or portal” of sorts to a new level. And thinking back to the National Mall unvieling with the exit side facing the phallus of Osiris that leads out to the womb of the Capital building with Columbia on top of it. By the way, some cultures call the palm tree the tree of life. PPalmyra

Who is in charge?

I mention this in my first book but it seems some people did not catch on to it. Did you realize the Arch is funded and backed by the Dubai government and Museum of the Future? Here is the first article that mentioned making replicas of ancient sites that have been destroyed.

Dubai: The Dubai Museum of the Future Foundation will play a vital role in a joint global project to document ancient heritage monuments across the region by taking up to one million digital images of the sites using three-dimensional imaging technology.

For the next two months, the project will be carried out under the supervision of a group of archaeologists from Harvard University and the University of Oxford in cooperation with Unesco.

The foundation said it will build an electronic platform to manage the massive database of archaeological images. It will also distribute 5,000 three-dimensional cameras to partners and volunteers to photograph the heritage sites in the region. Images collected from volunteers and partners will be indexed and kept ready for the 3D printing phase of the project.

Dubai’s Museum of the Future announced the partnership on Wednesday with Unesco and the UK-based Institute for Digital Archaeology (Ida).

Mohammad Abdullah Al Gergawi, Minister of Cabinet Affairs and the museum’s deputy chairman and managing director, said, “The civilisation and human heritage of the region must be preserved for the future generations as a global responsibility, taking into account the valuable contributions of the region to the progressive march of humanity.”

“It is important to preserve heritage sites as they serve as a source of inspiration for innovators and pioneers to build the future,” Al Gergawi said. “What we are doing today is part of our efforts to give back to the history of our region and build on the achievements of our rich past.”

Dr Roger Michel, Executive Director of the Institute for Digital Archaeology, said, “With gracious support from the Dubai Museum Of The Future Foundation, the Institute for Digital Archaeology will redouble its efforts to restore to the landscape of the Middle East the great symbols of our shared cultural heritage that have been destroyed or defaced. These symbols — the architecture and objects of the ancient world — speak powerfully to what unites East and West and so are needed now more than ever. The UAE is a great friend of this important work.”

Saif Al Aleeli, CEO of the Dubai Museum of the Future Foundation, said the global partnerships comes as a part of the strategic vision of the museum to build long-term cooperation with academic and scientific institutions and research centres in all areas, highlighting the UAE as a progressive nation on the global map.” (https://m.gulfnews.com/news/uae/culture/future-museum-to-preserve-ancient-sites-1.1609093)

I also want to bring up the archeologist Khaled al-Asaad. He had been the resident Palmyra archeologist for 4 decades and was beheaded and then his body hung in Palmyra.

This poor guy caught the raw end of the deal because I believe this was all part of their plan. Most of us already know that ISIS is nothing more than paid mercanaries who I suspect have ties to Erik Prince’s Blackwater. We already know that funding was directly tied to John McCain and then its pretty easy to see that ISIS is a United States plant that grew until Trump came in. Have you heard about ISIS lately? Nope. Nether have I.

Anyways, I believe Asaad was not just an innocent bystander but those that killed him were looking for something in particular and Asaad wouldn’t give it up. Ironically his name means Eternal Lion and one of the first pieces shown in a Museum that was from Palmyra was a lion in the Temple of Al-at. 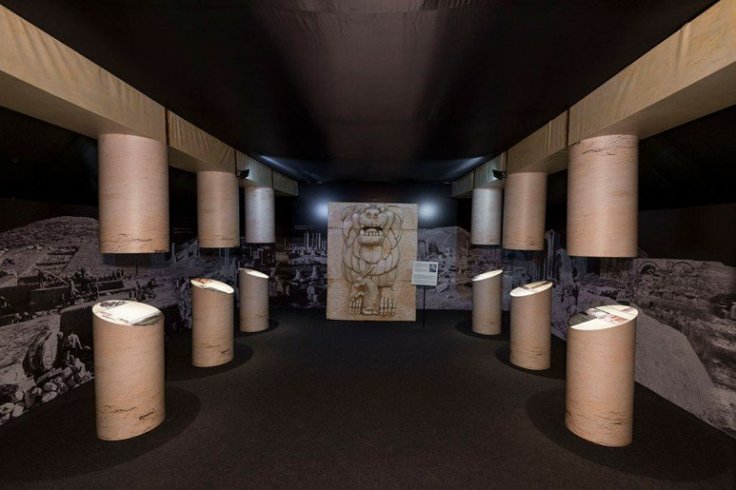 Everything is upside down.

19 thoughts on “The Arch Tree of life, the Wizards of Oz and the Eternal Lion”