“You have been brought from darkness to true Masonic Light” 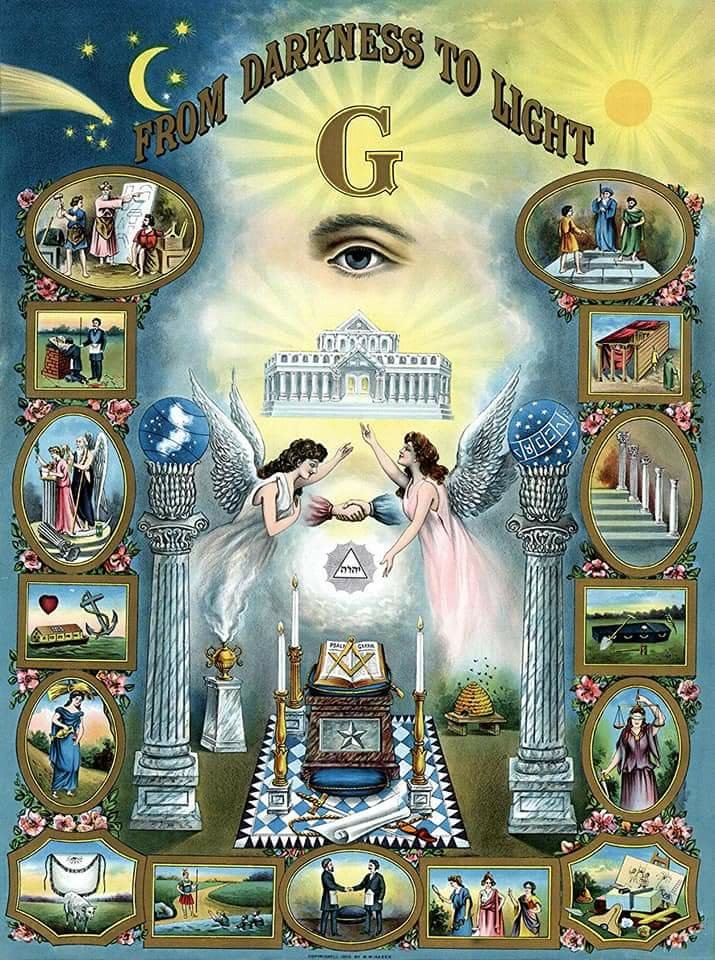 First we saw Trump and his giant envelope that looked like a Masonic apron.

Then we saw him stand inbetween the 2 pillars with the Queen.

Now the lights went out and it seems we are seeing a little more Masonic symbolism.

First off, for those who are so dumbed down to actually think Trump is a great Christian guy, well your really deceived. But that’s the point right? Trump is in bed with all of them. If he takes “anyone” down its because its for his own ego and the powers that be have allowed it to play out like this. Now let’s get to the article. 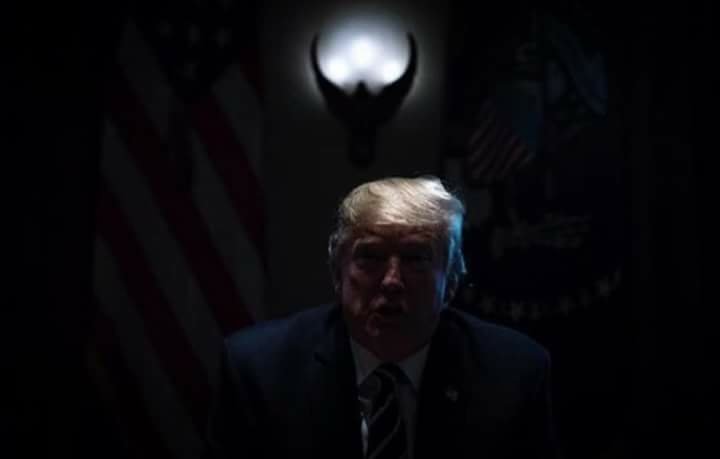 THE OVAL OFFICE GOES DARK- President Donald Trump wanted to make an important point. And then the lights went out.

As US President Donald Trump read a statement expressing his “full faith and support” to the US intelligence agencies, which he was accused of demeaning at the Helsinki summit, the White House “WENT DARK” for a moment.

“I have full faith and support… for America’s intelligence agencies,” Trump said on Tuesday afternoon, reading off a document prepared for him. At that point, the lights went out in the room.

“Oops, they just turned off the light. That must be the intelligence agencies,” Trump joked, to chuckles from the Republican lawmakers he was meeting with.

As the lights were quickly switched on, Trump asked if everyone was OK. “That was strange. But that’s OK,” he said, returning to his statement.” (https://www.rt.com/usa/433539-lights-go-out-secret-services/) 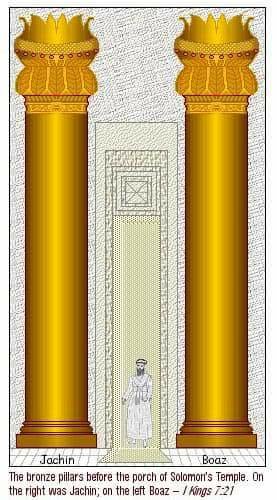 Did you realize that these pillars also represented darkness and light? “The Pillars of Light & Dark are located between the Sephira Malkuth and Hod, at the “Judgement” Tarot Card location. Technically the Pillars of Light & Dark are part of Malkuth, even though they are located on the crossway. As such, this place is one of the easier places to reach using your favorite nonphysical travel method. The Pillars of Light and Dark are about spiritual judgment and justice. Spiritually, these have little to do with their physical counterparts.” (http://www.wisdomsdoor.com/tol/pld.php) So spiritual judgement you say huh? 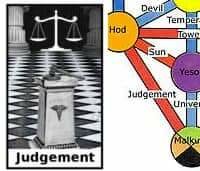 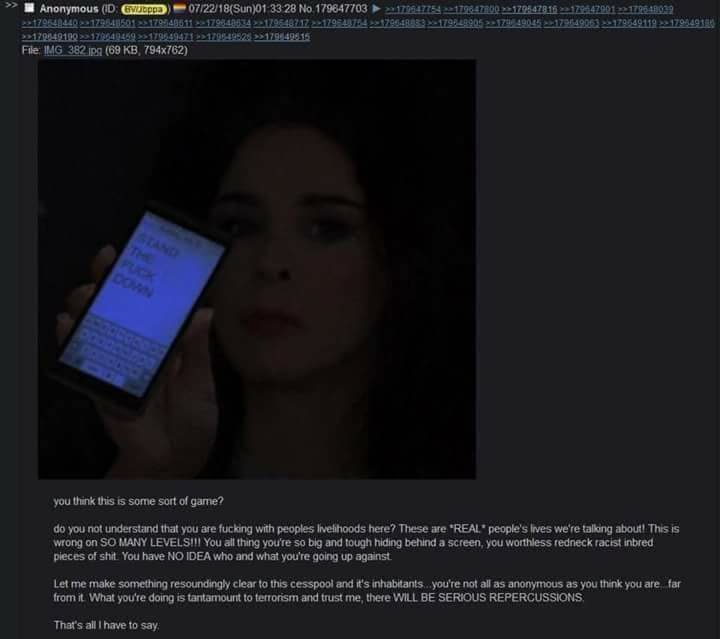 Today will be remembered as the day “Sarah Silverman officially ruined her career” from darkness to light. What happens to witches and pedophiles according to Scripture? 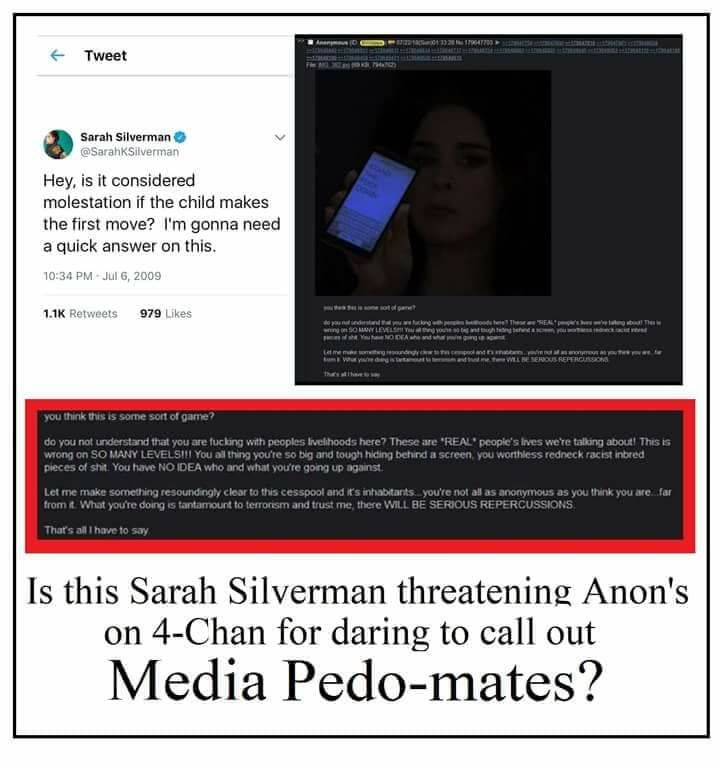 And if some of these “Trump events” are symbolic of him “taking” down the sodomites and pedophiles (it’s almost laughable – a borderline pedo like Trump is taking down other pedos), I find it really interesting that all of this Trump darkness to light happened a few days before Silvermans giant pedo foot in her disgusting blasphemous mouth got jammed in there. Read about it her (https://m.facebook.com/story.php?story_fbid=1607621759347370&id=519754571467433). 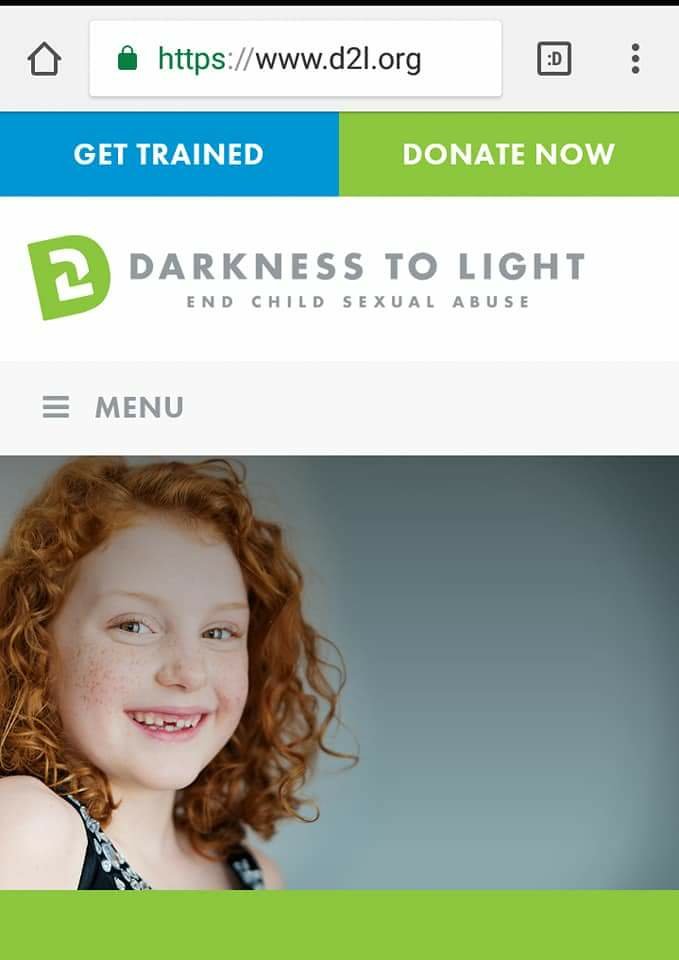 And I bet you didn’t know this…there is a group called FROM DARKNESS TO LIGHT that is focused on educating adults and ending child abuse (https://www.d2l.org). Could this to be a veiled symbolic gesture to those like pedo supporters like Sarah Silverman?

DARKNESS has, in all the systems of initiation, been deemed a symbol of ignorance, and so opposed to light, which is the symbol of knowledge.

In the Ancient Mysteries, the aspirant (candidate) was always shrouded in DARKNESS as a preparatory step to the reception of the full light of knowledge. Among the Druids of Britain, the period was 9 days and nights of darkness; in the Grecian Mysteries, it was 3 times 9 days of darkness; while among the Persians, according to Porphyry, it was extended to the almost incredible period of 50 days of darkness, solitude and fasting.

Because, according to all the cosmogonies darkness existed before light was created, darkness was originally worshipped as the firstborn, as the progenitor of day and the state of existence before creation.

It was Freemasonry that placed darkness in its proper place as a state of preparation; the symbol of that antemundane chaos from whence light issued forth at the Divine command; darkness is considered the state of nonentity before birth, and of ignorance before the reception of knowledge.

Hence, in the Ancient Mysteries, the release of the aspirant (candidate) from solitude and darkness was called the act of regeneration, and he was said to be born again, or to be raised from the dead.

And in Freemasonry, the darkness which envelops the mind of the uninitiated being removed by the bright effulgence of Masonic light, Freemasons are appropriately called the “sons of light.”

In Doctor Oliver’s Signs and Symbols, there is a lecture “On the Mysterious Darkness of the Third Degree.” This refers to the ceremony of ENVELOPING THE ROOM IN DARKNESS when that Degree is conferred – then returning the light to normal. This is a ceremony once always observed, but now, in this country at least, frequently but improperly omitted.

The darkness here is a symbol of death, this is the lesson taught in the Degree, while the subsequent renewal of light refers to that other and subsequent lesson of eternal life, the ability to be born again.

The Masonic term “go dark” means that a lodge ceases to operate as a lodge.

When a lodge “goes dark” or is said to have “gone dark”;
it either:

1. Ceases to exist as a lodge
(permanently closes its doors),…or

2. “Went dark” and ceased to have Stated Meetings for an agreed upon period of time.

And I’ll leave you with this. How could we forget about the “Q” connection to all of this?

Yesterday something extraordinary happened during President Trump’s press conference at the White House. The Anons are abuzz! Watch this short clip…

WATCH: Lights in White House go out as Pres. Trump says he has "full faith and support for America's intelligence agencies."

"Oops, they just turned off the light. That must be the intelligence agencies." https://t.co/1CmKWam03G pic.twitter.com/w2aGMnjpxS

President Trump says that he ‘has full faith and support for America’s intelligence agencies’ and at that precise moment, the light in the room dims and goes out.

Trump says, ‘Oops, they just turned off the light. That must be the intelligence agencies.’ The light comes back on and President Trump asks if everyone is okay. Then he says, ‘It’s okay’.

Darkness to Light! It is the clearest signal President Trump could possibly give that he is about to eradicate the dark cabal forever. And he promised we would know the truth THIS MONTH…

Q Anon often uses the phrase ‘Darkness to Light’. That’s why the Anons were so excited over what happened during the press conference when the lights dimmed. Q Anon might not be posting but they are still communicating with us.

Finally, One Who Serves answered this question during James McConnell’s recent channeling:

Questioner: ‘Did the Queen surrender to President Trump?’

One Who Serves: ‘We cannot say that directly, but we can say that you are on the right track…’

Keep that phrase in your heart as we move swiftly forward: ‘Darkness to Light’. The Alliance has ALREADY WON.

Where We Go One We Go All.

2 thoughts on “The Masonic Darkness to Light”