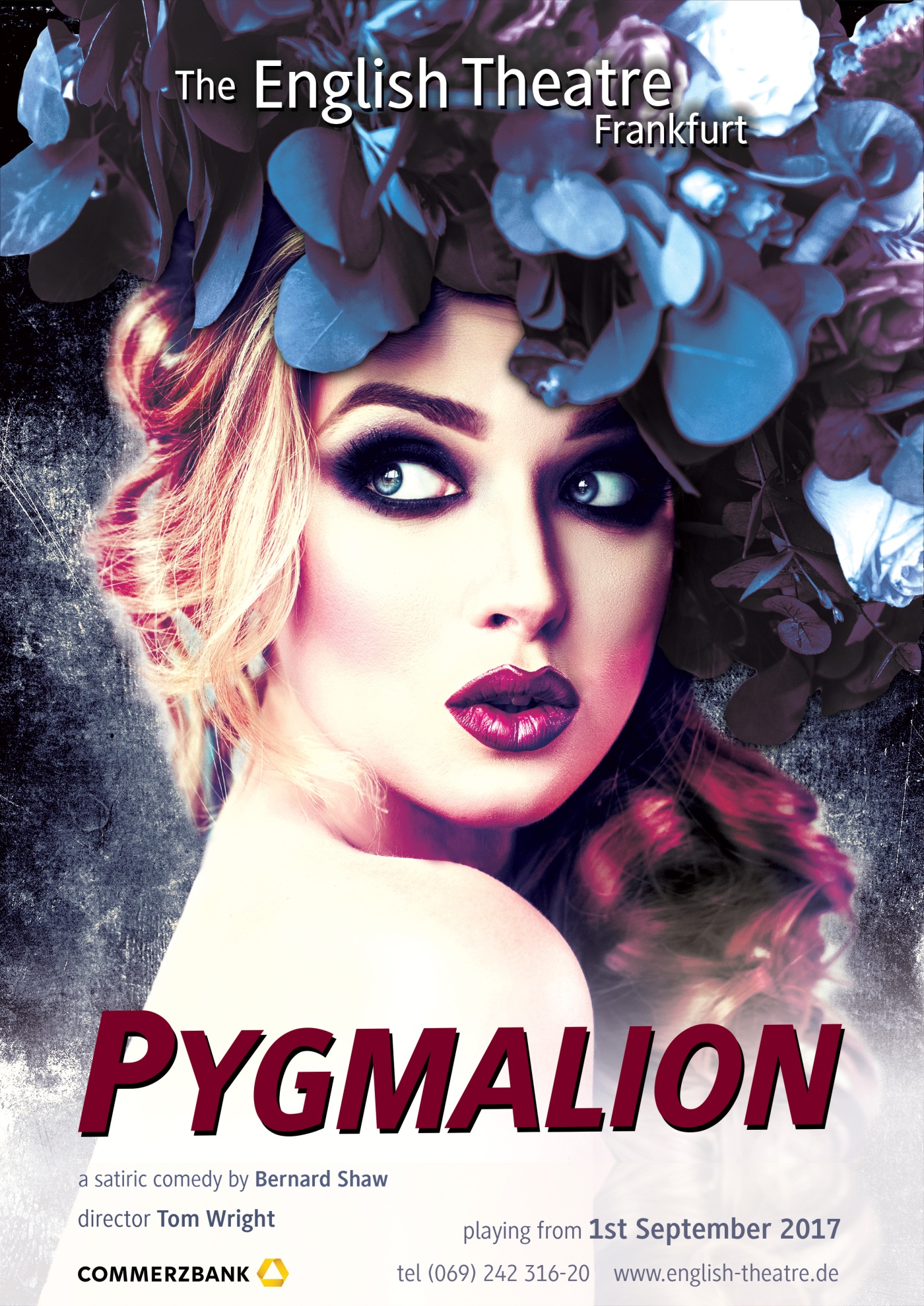 With all of the talk about Sophia and these disgusting sex bots, it made me think of Pygmalions statue. He was a king in Cyprus who sculpted a woman (Galatea) and then fell in love with her. His story was remade into cartoons like Pinocchio and was dubbed “the awakening” by his contemporaries. Ironically his name is the Greek version of the Phoenician royal name Pumayyaton which was the same as the king of Tyre. Remember hearing about the King of Tyre in Isaiah?

“Pygmalion (/pɪɡˈmeɪliən/; Greek: Πυγμαλίων, gen.: Πυγμαλίωνος). The story of the breath of life in a statue has parallels in the examples of Daedalus, who used quicksilver to install a voice in his statues; of Hephaestus, who created automata for his workshop; of Talos, an artificial man of bronze; and (according to Hesiod) of Pandora, who was made from clay at the behest of Zeus. 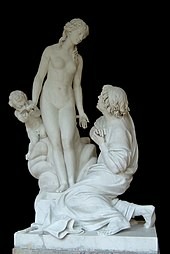 The moral anecdote of the “Apega of Nabis”, recounted by the historian Polybius, described a supposed mechanical simulacrum of the tyrant’s wife, that crushed victims in her embrace. The trope of a sculpture so lifelike that it seemed about to move was a commonplace with writers on works of art in antiquity. This trope was inherited by writers on art after the renaissance.” (https://en.m.wikipedia.org/wiki/Pygmalion_(mythology))

So you can see that this statue got the “breathe of life” and was animated…allegedly. It sounds a lot like these Arobots now doesn’t it? They are trying so hard to put the “breathe of life” into to these robots. But who brought it to life in this particular story? And the story of Pandora parallels the myth of Pygmalion.? If you remember, Pandora had a box (or jar) that released all of the evils of humanity. Is the release of these arobots opening our modern day pandoras box? And don’t forget, she was created because of Jupiter, oops I mean Zeus. If you remember, these arobots have made a strong push after 9/23 and the “birth” of their god Jupiter. Once again, was pandoras box opened at this time? Let’s look at Pandora.

“Pandora (Greek: Πανδώρα, derived from πᾶν, pān, i.e. “all” and δῶρον, dōron, i.e. “gift”, thus “the all-endowed”, “the all-gifted” or “the all-giving”) was the first human woman created by the gods, specifically by Hephaestus and Athena on the instructions of Zeus. As Hesiod related it, each god helped create her by giving her unique gifts. Zeus ordered Hephaestus to mold her out of earth as part of the punishment of humanity for Prometheus’ theft of the secret of fire, and all the gods joined in offering her “seductive gifts”. Her other name—inscribed against her figure on a white-ground kylix in the British Museum—is Anesidora (Ancient Greek: Ἀνησιδώρα), “she who sends up gifts” (upimplying “from below” within the earth).

According to the myth, Pandora opened a jar (pithos), in modern accounts sometimes mistranslated as “Pandora’s box”, releasing all the evils of humanity—although the particular evils, aside from plagues and diseases, are not specified in detail by Hesiod—leaving only Hope inside once she had closed it again.” (https://en.m.wikipedia.org/wiki/Pandora)

Now back to Galatea and this myth with the king. “The story of Pygmalion appeared earliest in a Hellenistic work, Philostephanus’ history of Cyprus, “De Cypro”. It is retold in Ovid’s Metamorphoses, where the king Pygmalion is made into a sculptor who fell in love with an ivory statue he had crafted with his own hands. In answer to his prayers, the goddess Venus, (Aphrodite) brought it to life and united the couple in marriage. This novella remained the classical telling until the end of the seventeenth century. The trope of the animated statue gained a vogue during the eighteenth century. 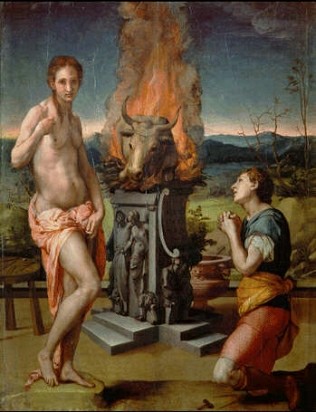 The daemon of Pygmalion’s goddess, animating her cult image, bore him a daughter Paphus—the eponym of the city of Paphos—and Metharme. Of “this ecstatic relationship,” Meyer Reinhold has remarked, “there may be lurking a survival of the ancient cult of the Great Goddess and her consort.” (https://en.m.wikipedia.org/wiki/Galatea_(mythology))

So as you can see, Venus brought Galatea to life. We this divine feminine that is represented as Lucifer also in the form of Sophia, giving this sculpture life. Ironically, AI is being brought to life by the watchers and/or demons. That is my opinion. So with that said, is Hanson robotics and Abyss Creations nothing more than a modern Pygmalion who are opening pandoras box, but this time it won’t be closed. 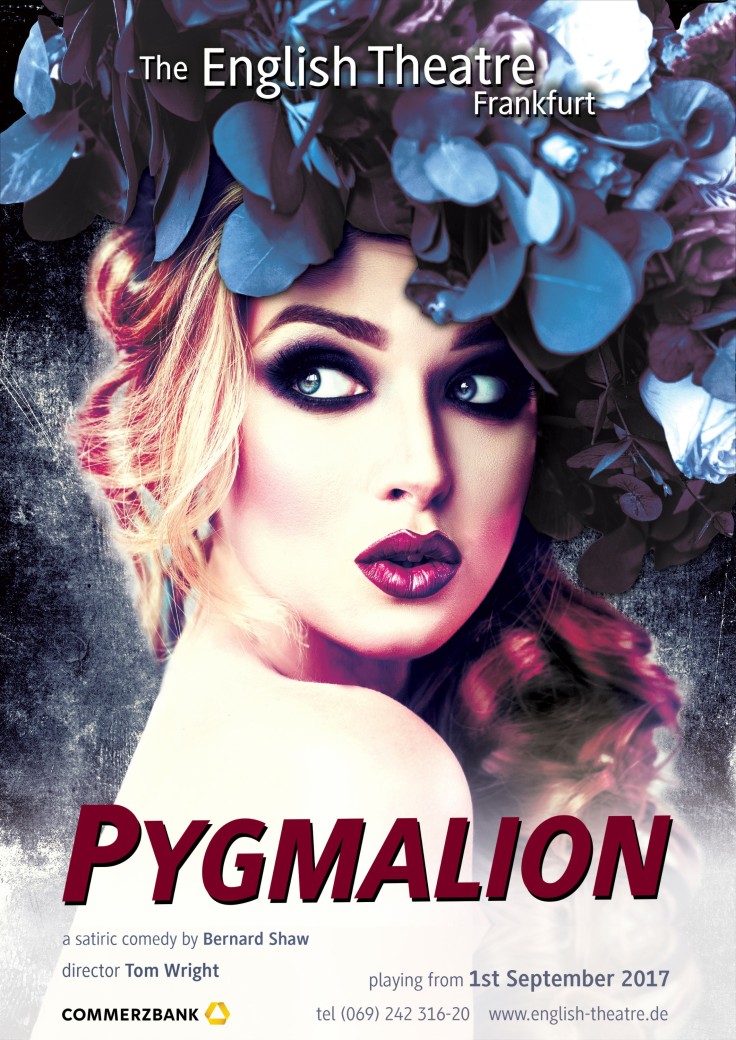 I will leave you to think about this. “As it happens, the modern history of AI began with a kind of flirtatious parlour game. Imagine three rooms, connected via keyboards and monitors that can display text. In one room sits a man. In the second there is a woman. The third room contains a person whom we shall call ‘the judge’. The judge’s task is to decide which of the two people talking to him through the computer is male. The man will try to convince the judge of his own masculinity. The woman will imitate masculinity, doing her utmost to deceive the judge into believing that she is the man.” (https://aeon.co/essays/the-lure-of-ai-is-erotic-as-much-as-it-is-rational)