On August 17th scientists witnessed 2 nuetron stars colliding into each other. When this happened they claimed gold was created. They released their findings on October 16th. “When these things collide, all hell breaks loose,” he said. Measurements of the light and other energy emanating from the crash have helped scientists explain how planet-killing gamma ray bursts are born, how fast the universe is expanding, and where heavy elements like platinum and gold come from. “This is getting everything you wish for,” said Syracuse University physics professor Duncan Brown, one of more than 4,000 scientists involved in the blitz of science that the crash kicked off. “This is our fantasy observation.

“It started in a galaxy called NGC 4993, seen from Earth in the Hydra constellation. Two neutron stars, collapsed cores of stars so dense that a teaspoon of their matter would weigh 1 billion tons, danced ever faster and closer together until they collided, said Carnegie Institution astronomer Maria Drout. The crash, called a kilonova, generated a fierce burst of gamma rays and a gravitational wave, a faint ripple in the fabric of space and time, first theorized by Albert Einstein. The signal arrived on Earth on Aug. 17 after traveling 130 million light-years. A light-year is 5.88 trillion miles.

“The completeness of this picture from the beginning to the end is unprecedented,” said Columbia University physics professor Szabolcs Marka. “There are many, many extraordinary discoveries within the discovery.” The colliding stars spewed bright blue, super-hot debris that was dense and unstable. Some of it coalesced into heavy elements, like gold, platinum and uranium. Scientists had suspected neutron star collisions had enough power to create heavier elements, but weren’t certain until they witnessed it. “We see the gold being formed,” said Syracuse’s Brown.” (https://www-yahoo-com.cdn.ampproject.org/c/s/www.yahoo.com/amphtml/news/scientists-witness-huge-cosmic-crash-origins-gold-140024492.html?usqp=mq331AQCCAE%3D) 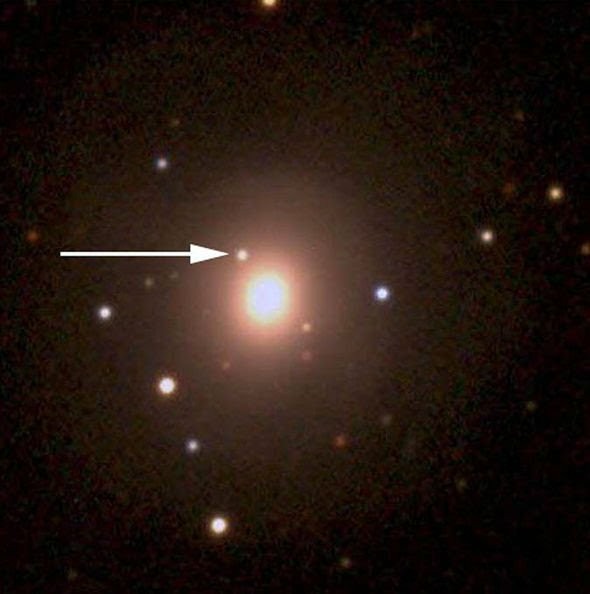 So this is something that evidently was a game changer for these scientist. They are being ecstatic because they see this as a form of their atheistic big bang. I personally find the story interesting because of the date for one. This happened 4 days before their great eclipse. That should be a small red flag. The second flag is that it reminds me of alchemy symbolically. Mixing two metals and getting gold.

The third is that it happened in the galaxy NGC 4993 in Hydra. Hydra is a female sea serpent and that particular area is located in the tail of a snake. The tail of a snake just so happens to shake when it feels threatened. This is usually a warning sign to someone or something to stay away. 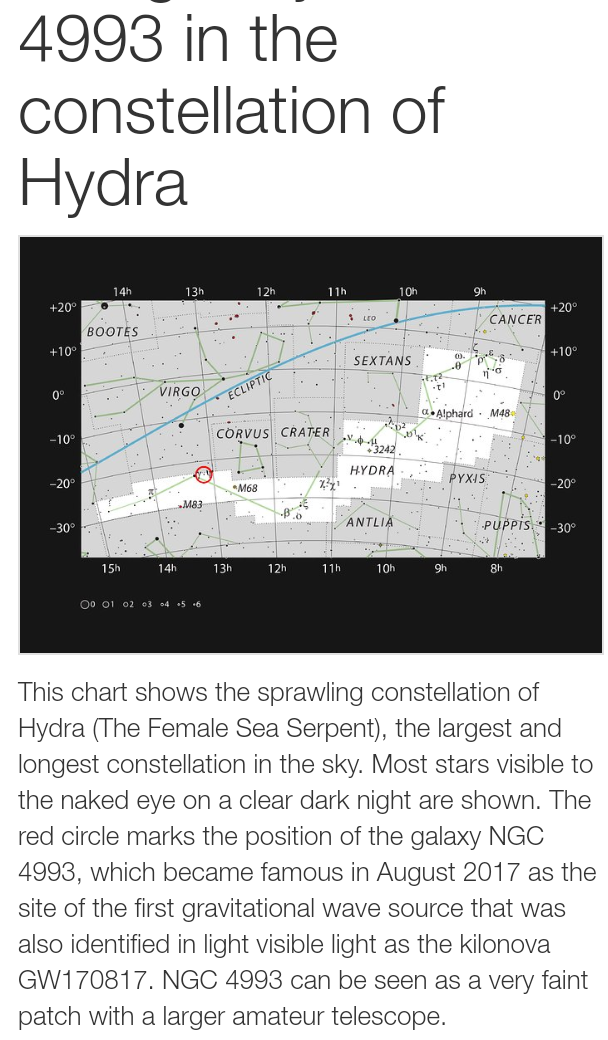 Did this really happen? Just like you, I couldn’t tell you either way, but if it is representing something symbolic Then it looks like alchemy to me. When you take two metals you can transfuse them into gold…so they say. With the help of a little “magick”. To me this just looks like more of their symbolic gestures towards their “philosophers stone or elixer of life”. And it just so happens to come from the tail of a sea serpent or dragon. The first beast comes from the sea, the spirit of Satan that has driven man to defy GOD since the garden. 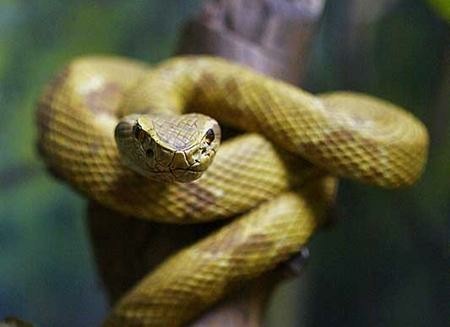 Is this symbolic of a birthing? Hydra giving birth to their elixer of life. O mean that’s what they want right? And what better time to release a story like this now with everything going on. The false spiritual birth of 9/23, the harvest and all of the rituals that they have been performing. Seems about right to me.

Read this and this. I’m not the only one talking about this alchemical connection. They have said that this event has “sent ripples in the fabric of the universe”. In other news that just happened to come out the following day, a Chinese satellite is going to crash to the earth and they aren’t sure where its going to hit. More dragon symbolism. 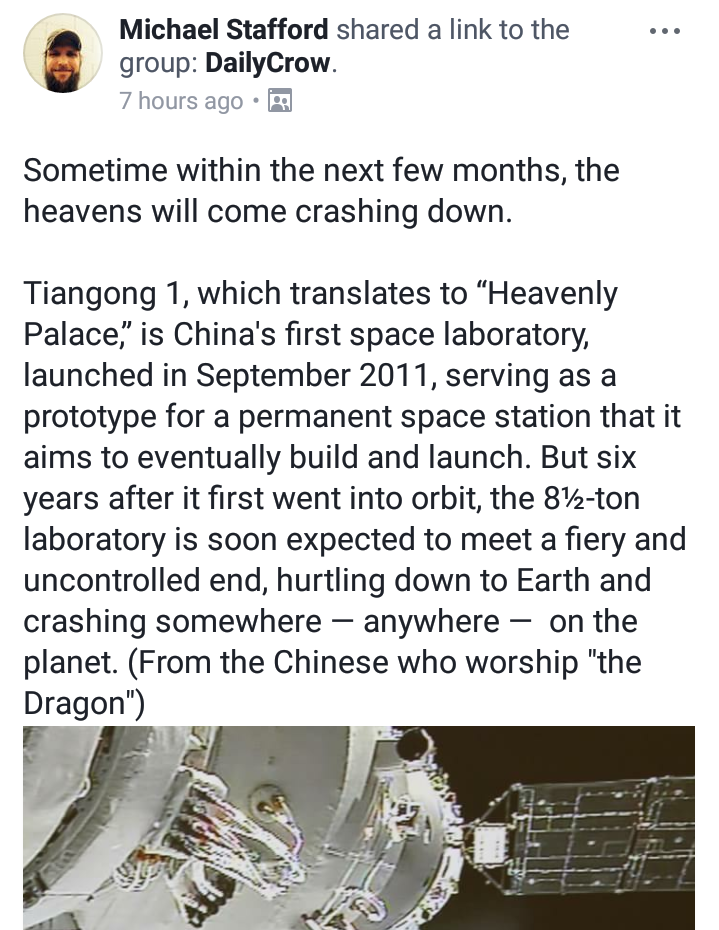 Here is a Gnostic view of a alchemical birth. To be born again? Really?