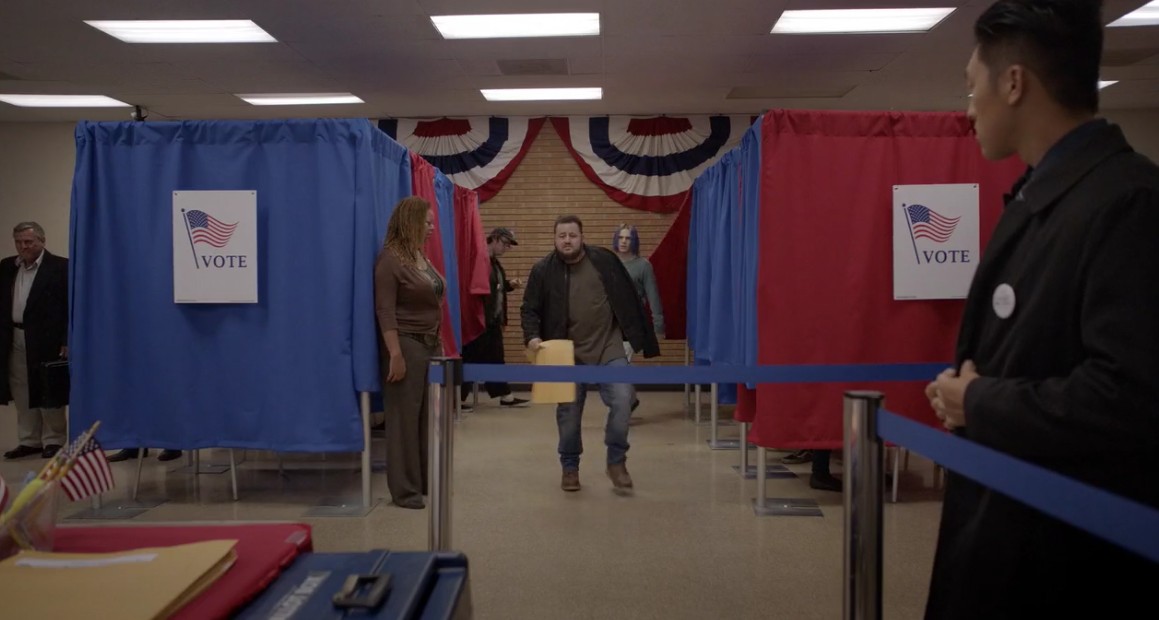 Let me just say that this t.v. show seems to be more than just a t.v. show. This is where art imitates life in a scary way. I knew in the first 5 minutes of Episode 1 is was going to telegraph events that were to come. 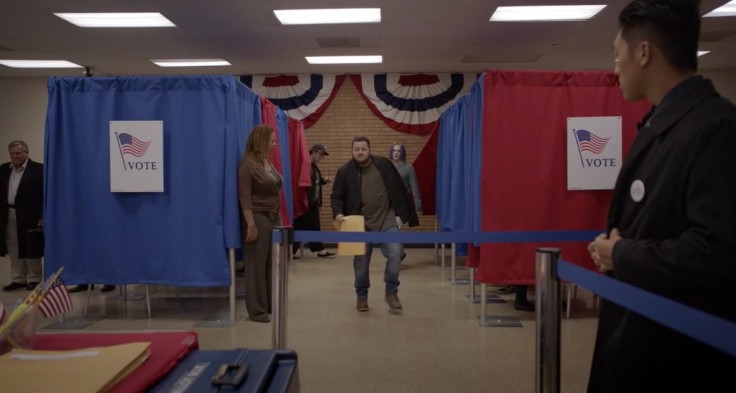 So this show American Horror Story: Cult is definetly telegraphing things and is more occultic and Satanic than your normal person thinks it to be. In Episode 6 they had a shooting scene in the town square where someone is set up as a patsy. They ended up pulling the scene because of the Vegas shooting. I don’t think it was connected but definetly similar to what happened. I’ll get back to this episode in a second.

Now my theory about Steven Paddock was that he did not commit suicide. I doubt he was even involved in the actual shootings. The way his body was laid out on the floor with the gun 2 feet above his head made no sense whatsoever. You can see blood drops from his chest to the gun like someone moved it there. There were 2 different blood pools. One was dried and soaked in the carpet while the other was wet and clotting. Then you look at the gun with the mount directly over his left leg. This whole scene does not look like a suicide. It looks like someone killed him and placed his hands to his side with the gun over his head. How can a dead man toss a gun over his head when he had the gun in his mouth?

If you look at the pictures above you can clearly see blood on this mans chest. Some think its from the gun laying on his chest after he shot himself through his mouth. I don’t. I think this was the gun shot that killed him initially. I think it was a close range wound to the heart that filled up his lungs and this is why you have the blood coming from out of his mouth and nose. I believe the first layer of the pool of blood was from his chest wound as he laid on his back dying. Notice his eyes are open. I believe the second pool of blood was from someone putting a gun in his mouth and blowing out the back of his head. A suicide from a gun in the mouth won’t necessarily look like this guy as far as blood coming from his mouth. That’s based on me looking at other suicide pictures from gunshots through the mouth to the back of the head.

So to me its obvious that this man was killed by someone and was not a suicide. Now lets go back to episode 6 of AHS:Cult. In this episode, I already mentioned a mass shooting in the town square. Prior to this happening, a woman who was also running for City Council was set up to make it look like she committed suicide. Ironically her gun shot wound was to the chest, just like Paddocks first wound. Now the woman who did the mass shooting in public also committed suicide…but this was from a gun in her mouth shooting out the back of her head, just like Paddock again. And someone was set up for this shooting on the show. She was a patsy, just like Paddock. 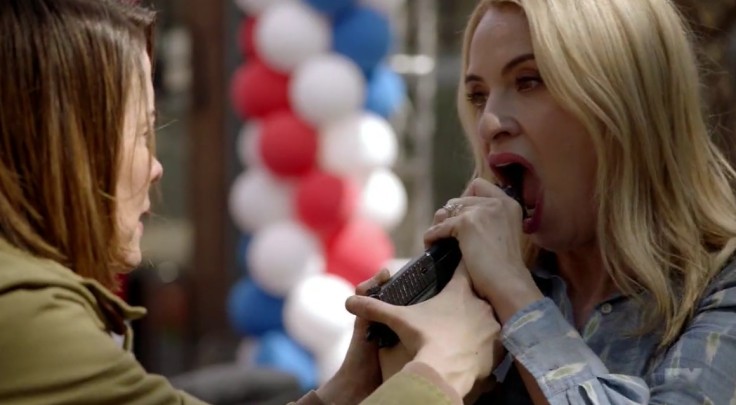 What’s the odds of a tv show having a mass shooting and two suicides (one in the chest that was a set up and the other a real suicide in the mouth) 2 days after the Vegas shooting ritual? I would say that is a major coincidence.