I wrote these articles in January of 2017. With what is happening in Vegas and private contractors I thought it would be relevant to post.

It’s interesting that UCLA Professor Jon Michaels said “Reports are swirling over President-elect Donald Trump’s apparent decision to bring a private security detail with him to the White House. Given America’s checkered experience with private military forces in Iraq and Afghanistan, Trump’s anti-government rhetoric, and his apparent comfort with commingling state and commercial power, the last thing we need is a Blackwater on the Potomac. Though the analogy to Blackwater is hardly perfect, we do have a recent and sordid history of private security contractors advancing sensitive government responsibilities.” (https://www.cnn.com/cnn/2016/12/30/opinions/trump-palace-guards-michaels/index.html) There seems to be a problem with the security certificate for this link now. Try this link instead https://www.google.com/amp/s/amp.cnn.com/cnn/2016/12/30/opinions/trump-palace-guards-michaels/index.html

Wouldn’t that be something? I understand his analogy here but do people really understand the implications of using a company like Blackwater, now Academi, as his private security contractor? I couldn’t even begin to tell you what that would mean. Let’s start with Dominionism. Do you know what that is? The Puritans lived by it. So does Roman Catholic Erik Prince, the man who was the founder of Blackwater (http://m.washingtontimes.com/news/2016/mar/24/erik-prince-former-blackwater-chief-under-investig/) And if you really look at Trump, he is no different. Why do you think he hold hands with Putin on one side and neocon Christians on the other side. You think its a coincidence Lance Wallnau was the one to come out and say Trump was Cyrus? (http://www.twocare.org/pro-revolution-u-s-evangelicals-ally-with-putin-inner-circle/, http://houseofpublicdiscourse.blogspot.com/2015/04/unholy-alliance-putin-and-christian.html?m=1)

And guess who Trumps Secretary of Education is? Elizabeth Betsy Devos. Erik Princes sister. (https://en.m.wikipedia.org/wiki/Betsy_DeVos, http://www.politico.com/story/2016/11/betsy-devos-education-secretary-trump-231804, https://www.google.com/amp/s/www.washingtonpost.com/amphtml/local/education/trump-picks-billionaire-betsy-devos-school-voucher-advocate-as-education-secretary/2016/11/23/c3d66b94-af96-11e6-840f-e3ebab6bcdd3_story.html) Remember this, blood is thicker than water and I would put money on it that Erik Prince aka Kingfish is involved with Trump. He has backed Trump actually (http://www.thedailybeast.com/articles/2016/10/22/blackwater-founder-erik-prince-loves-anti-iraq-war-donald-trump0.html, https://www.google.com/amp/www.breitbart.com/radio/2016/10/12/erik-prince-trump-clinton-choosing-america-choosing-oblivion/amp/) and in my paper on the Nun symbol I have connected the possible ties that Prince may have to “ISIS”. (https://drive.google.com/file/d/0BwuUBwTrZu4qeUNiQ1FwZ01jaEk/view?usp=drivesdk, https://drive.google.com/file/d/0BwuUBwTrZu4qNVNzM3F2cEluU2s/view?usp=drivesdk)

In the County I live in, the teachers unions are up in arms about Betsy DeVos being confirmed for Secretary of Education. Lets look past what we see on the outside and look behind the curtain for a second.

Do you remember the bill H.J. RESOLUTION 104 that was passed 26 years ago on MARCH 26, 1991? This was passing the Noahide Laws to be enacted for the Gentiles. This was for Lubavitcher Rabbi Menachem Mendel Schneerson and a “tribute to this great spiritual leader, `the rebbe’, this, his ninetieth year will be seen as one of `education and giving’, the year in which we turn to education and charity to return the world to the moral and ethical values contained in the Seven Noahide Laws; and Whereas this will be reflected in an international scroll of honor signed by the President of the United States and other heads of state: Now, therefore, be it. Resolved by the Senate and House of Representatives of the United States of America in Congress assembled, That March 26, 1991, the start of the ninetieth year of Rabbi Menachem Schneerson, leader of the worldwide Lubavitch movement, is designated as `Education Day, U.S.A.’. The President is requested to issue a proclamation calling upon the people of the United States to observe such day with appropriate ceremonies and activities.” (https://www.congress.gov/bill/102nd-congress/house-joint-resolution/104/text) Rabbi Menachem Schneerson died three years later on June 12, 1994. As far as the wording of this bill goes, I’m still trying to figure out what “the start of the ninetieth year of Rabbi Menachem Schneerson” actually means.

First off I want to say that there is a lot of talk about these 7 Noahide Laws going into affect. When will happen? How will they do it? Well, some have speculated that Masonic Lodges could be used as a type of court house for these trials. I believe that could be true. Freemasonry is nothing but Kabbalah for Gentiles. But the question is this. How will people be caught for not practicing or breaking the Noahide Laws? Who will actually do the “catching” of these Gentile Jesus believing Christians? Let me propose something. If it’s in an open arena (and I use this term being compared to some sort of re-education camp) then a certain group will need to round these people up. With out really getting into it, I would speculate it would be a privatized army or military. Something like Blackwater was. And I could see a privatized military like Blackwater being inside a Fema re-education camp as security. Groups like this answer to no one and they fall under no jurisdiction. 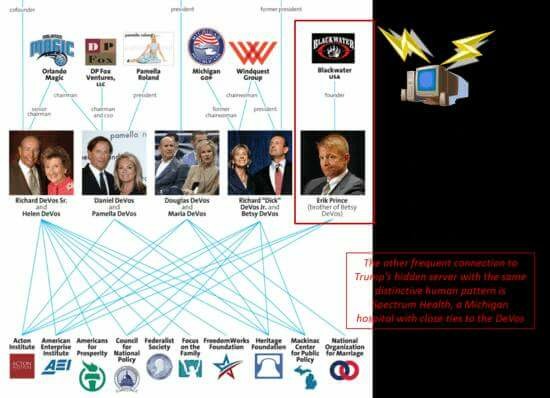 Notice I use the word re-education. That’s what will be happening here in reference to Education Day. Do you get it? So who was confirmed as Secretary of Education? Betsy DeVos. And why was she given this job who some say she isn’t qualified for? Let me put it like this. A Senator has a bill for one thing, this Senator then puts in earmarks that people don’t notice that has nothing to do with the actual bill. Most the time these earmarks are scandalous and still gets passed because no one actually read the bill and caught them. After the fact, we get stuck with laws we don’t want or need. This is how I see this scenario. DeVos gets the job everyone focuses on. Something or someone comes in unnoticed as most are looking one way. Who is this someone? Who’s her brother? Erik Prince that’s who. The man who made Blackwater and private militaries famous.

Trumps administration in my opinion will be the ones to get these Noahide Laws called Education Day going. Jerrod Kushner will be the key to open this door. If this happens, then he needs a private group to enforce it. Prince has already endorsed Trump and that’s all he needed, to have his sister get her foot in the door for Education. Education Day will be about re-educating you if need be. Oh yeah, I almost forgot. This 26th anniversary of the bill being passed is on March 26th, the day after the inferior conjunction with Venus and the Arch of Triumph being set up in Italy on March 25th.

And just for fun let me add this little bit of info. Vice President Pence was the one who broke the 50-50 tie. It ended at 5150. In California this means “Section 5150 is a section of the California Welfare and Institutions Code (WIC) (in particular, the Lanterman–Petris–Short Act or “LPS”) which authorizes a qualified officer or clinician to involuntarily confine a person suspected to have a mental disorder that makes them a danger to themselves, a danger to others, and/or gravely disabled.” (https://en.m.wikipedia.org/wiki/5150_(involuntary_psychiatric_hold) & http://leginfo.legislature.ca.gov/faces/codes_displaySection.xhtml?lawCode=WIC&sectionNum=5150). 5150 is code for people who have mental disorders. Like someone like me who believes Jesus is God in the flesh. According to the Noahide Laws, this is blasphemy and may be considered a mental disorder in the future. Now Mike Pence was the one to basically get her confirmed to this position. His last name means “an area that housed stray animals” (https://www.houseofnames.com/pence-family-crest). Kind of like a penn where you put sheep. Need I say more? 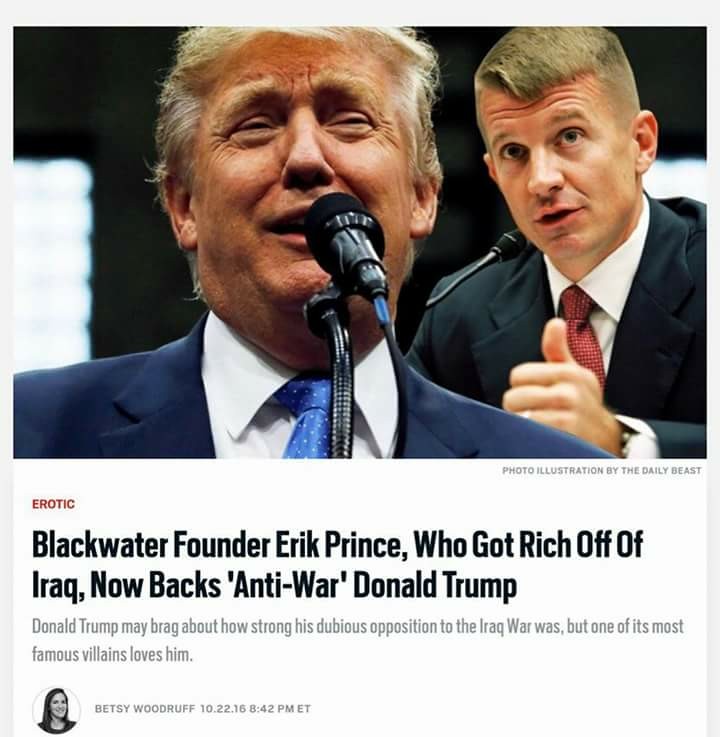 2 thoughts on “Betsy DeVos and her brother…Erik Prince”