I think the closer we get to 9/23/17 (17 days away) NASA will start to come out with more and more be “amazing” pictures and information. They published new pictures yesterday and came out today about Jupiter’s sulfuric aurora. Remember, it doesn’t matter what we think what Jupiter represents, it matters what they think Jupiter is. Read the story below. 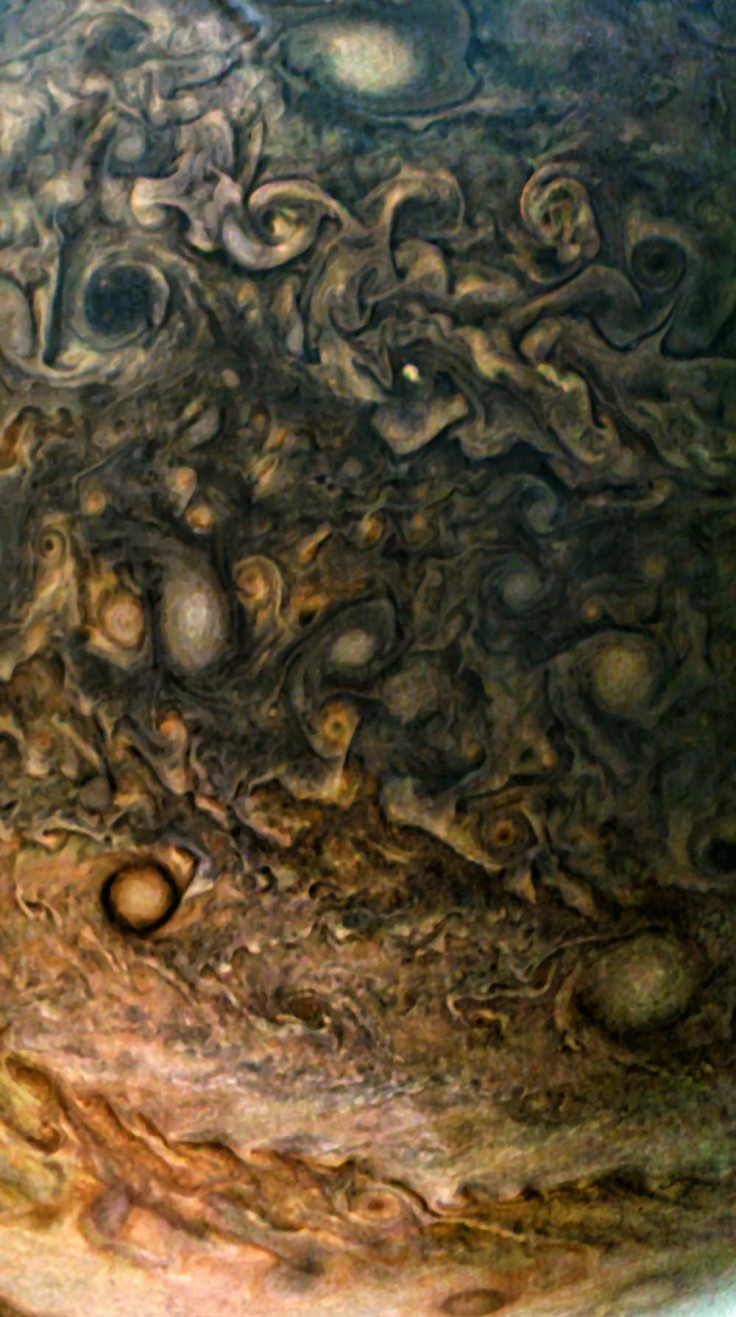 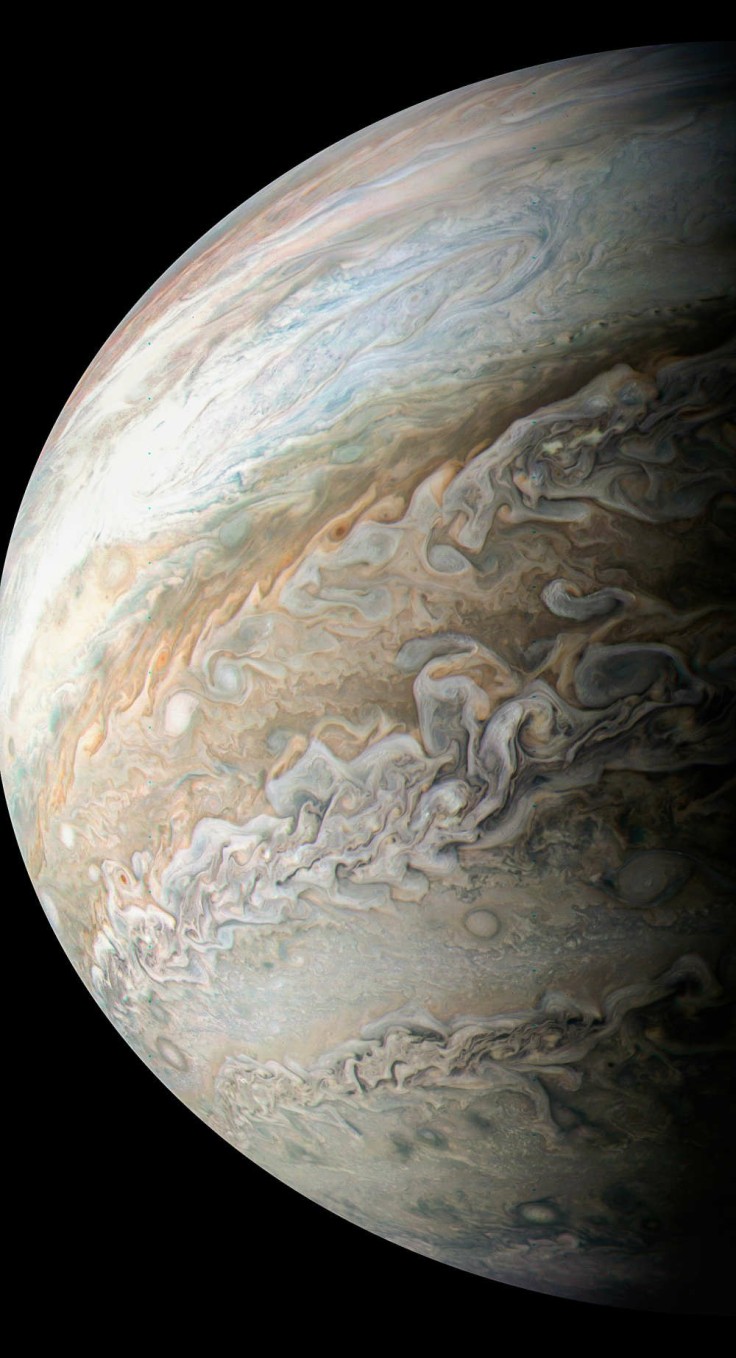 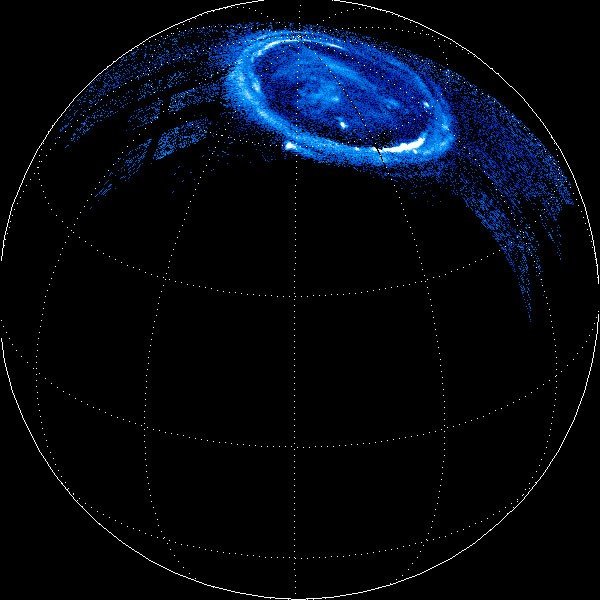 This image, created with data from Juno’s Ultraviolet Imaging Spectrograph, marks the path of Juno’s readings of Jupiter’s aurora, highlighting the electron measurements that show the discovery of the so-called discrete auroral acceleration processes indicated by the “inverted Vs” in the lower panel. This signature points to powerful magnetic-field-aligned electric potentials that accelerate electrons toward the atmosphere to energies that are far greater than what drive the most intense aurora at Earth. Scientists are looking into why the same processes are not the main factor in Jupiter’s most powerful aurora.

Scientists on NASA’s Juno mission have observed massive amounts of energy swirling over Jupiter’s polar regions that contribute to the giant planet’s powerful aurora – only not in ways the researchers expected…observed signatures of powerful electric potentials, aligned with Jupiter’s magnetic field, that accelerate electrons toward the Jovian atmosphere at energies up to 400,000 electron volts. This is 10 to 30 times higher than the largest auroral potentials observed at Earth, where only several thousands of volts are typically needed to generate the most intense aurora — known as discrete aurora — the dazzling, twisting, snake-like northern and southern lights seen in places like Alaska and Canada, northern Europe, and many other northern and southern polar regions.”

“At Jupiter, the brightest auroras are caused by some kind of turbulent acceleration process that we do not understand very well,” said Mauk, who leads the investigation team for the APL-built Jupiter Energetic Particle Detector Instrument (JEDI). “There are hints in our latest data indicating that as the power density of the auroral generation becomes stronger and stronger, the process becomes unstable and a new acceleration process takes over. But we’ll have to keep looking at the data.”

This is a reconstructed view of Jupiter’s northern lights through the filters of the Juno Ultraviolet Imaging Spectrograph instrument on Dec. 11, 2016, as the Juno spacecraft approached Jupiter, passed over its poles, and plunged towards the equator. Such measurements present a real challenge for the spacecraft’s science instruments: Juno flies over Jupiter’s poles at 30 miles (50 kilometers) per second – more than 100,000 miles per hour – speeding past auroral forms in a matter of seconds.

“I  view Jupiter as a missing link,” said Barry Mauk of the Johns Hopkins University Applied Physics Laboratory (APL) in Laurel, Maryland. Mauk leads the investigation team for the Jupiter Energetic Particle Detector Instrument (JEDI), which was built by APL. “Jupiter is the link between the nearby space environments we study at planets like Earth, and distant astrophysical systems where magnetic fields hold sway, such as early-stage star forming regions, and hyper-energetic radiation regions like the Crab Nebula. Juno is not only going to help us better understand Jupiter, it’s going to help us better understand the universe around us and our place in it.”

“Jupiter is a very leaky planet,” Haggerty said. “It has a unique particle identity, especially in terms of sulfur — which is not found in high numbers in the solar wind — and we’ve seen particles from Jupiter ‘upstream’ of the planet from missions including Voyager, Galileo and New Horizons.” In addition to Jupiter being a somewhat unique source of energetic sulfur ions, it is also believed to produce very energetic electrons that are observed at great distances from the planet.”

“From what JEDI and JADE and the rest of the instruments on Juno will tell us, we should be able to understand more about the particles and radiation belts that we can observe around distant, more energetic objects like the Crab Nebula,” said Mauk. “That’s why Jupiter is a missing link — and that’s one of the reasons I love Jupiter.” (http://www.jhuapl.edu/newscenter/pressreleases/2016/160629.asp) 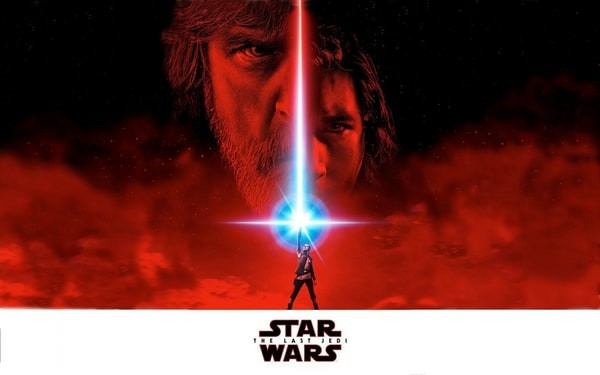 When looking at the word jedi some believe it comes from the Hebrew. “Sith was from the celtic word “sidhe” meaning “fairy, especially one that conjures dead spirits…It seems really random that Sith would mean something and that Jedi would be meaningless. The word Jedi might come from the Hedrew word for Knowledge – Yeda. A man of knowledge would be Yadaee or Yadai and using an English transcript – a Jedi. Using this single word that means “a man of knowledge” is not common, but it is sure enough a proper Hebrew word.” (https://painintheenglish.com/case/38) So some believe Jedi could mean knowledge or gnosis. Interesting take on the JEDI program for Jupiter. 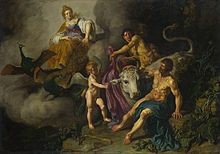 Now in the past I had speculated that these “energies” hitting the Earth were being caused by Jupiter and not from the Sun’s solar flares. NASA claims it comes from Jupiter’s moon Io. This may be the case. In mythology Io was one of the mortal lovers of Zeus. Io was turned into a heifer by either Zeus (Jupiter) or his wife Hera (Juno) depending on what story you read. So symbolically this heifer (known as the “horned virgin”) is causing this anomaly on Jupiter. It just made me think of the Red Heifer the Jews are waiting to be birthed.

“For the first time ever, NASA’s Juno spacecraft has spotted electrons being fired down into Jupiter’s atmosphere at up to 400,000 volts. That’s an enormous amount of energy that gives rise to the planet’s glowing auroras. These incredibly high voltages, however, are only spotted occasionally — and that’s raising questions about what exactly is behind some of the planet’s most vivid glows at the poles… 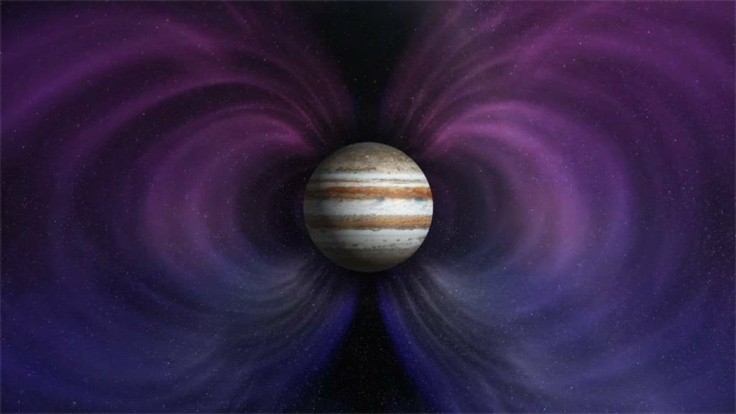 Auroras, on both Earth and Jupiter, are formed when charged particles like electrons spiral down a planet’s magnetic field lines, entering the atmosphere and creating a glow. On Earth, the most intense auroras are caused by solar storms, which occur when high-energy particles ejected from the Sun rain down on our planet. When these particles enter the atmosphere, they interact with gases and make the sky glow red, green, and blue at the poles. On Jupiter, auroras are formed by particles ejected mostly from the Io, the planet’s moon. Io’s volcanoes spew huge amounts of sulfur and oxygen into space, loading Jupiter’s magnetic field with particles.” (https://www.google.com/amp/s/www.theverge.com/platform/amp/2017/9/6/16256926/nasa-juno-jupiter-auroras-electrons#ampshare=https://www.theverge.com/2017/9/6/16256926/nasa-juno-jupiter-auroras-electrons)