Negative mass or as some call it Dark/Negative Energy has been created by Washington State Physicists. Its a liquid base that they will use to create wormholes and warp drives. Notice the picture they used looks an awful like Saturn. I’m sure it’s not by coincidence. This is obviously above my pay grade so I suggest you read the article to see what you can dig up. I’m just going to speculate a little biy

“Negative mass, or more specifically negative energy, is needed to shape the geometry of spacetime in the unique ways needed for engineered wormholes and warp drives. While the standard model of particle physics says that the bare mass of the electron is an infinite negative mass, we only see such consequences in things like dark energy, where the infinite negative energy of the Dirac sea or some kind of Casimir-like force may be driving the accelerating expansion of space.” (https://resonance.is/negative-mass-created-washington-state-university-3/)

“Led by Peter Engels, WSU professor of physics and astronomy, researchers on the sixth floor of Webster Hall created these conditions by using lasers to slow the particles, making them colder, and allowing hot, high energy particles to escape like steam, cooling the material further.

The lasers trapped the atoms as if they were in a bowl measuring less than a hundred microns across. At this point, the rubidium superfluid has regular mass. Breaking the bowl will allow the rubidium to rush out, expanding as the rubidium in the center pushes outward.

To create negative mass, the researchers applied a second set of lasers that kicked the atoms back and forth and changed the way they spin. Now when the rubidium rushes out fast enough, if behaves as if it has negative mass.” (https://news.wsu.edu/2017/04/10/negative-mass-created-at-wsu/)

So as of lately I have been seeing a lot of stories about lasers coming out. This really started to get me thinking. You can see that lasers were used to create this negative/dark energy. Now I’ve had a theory that keeps popping up in my head the last few weeks that has to do with lasers, heavy metals and portals/wormholes. Lasers seem to be connected to wormholes/portals according tp these articles in theory.

“In short the teams involved want to use lasers, instead of microwaves that are used in most of today’s larger particle accelerators..”, “the resulting technology could potentially match the power of the America’s national particle accelerator at Stanford’s Linear Accelerator Center (SLAC), a 3.2 kilometer long linear accelerator behemoth, in as little as 30 meters.” “The idea actually originates from the 1960s, shortly after the laser was first invented, in a paper by the University of Tokyo that proposed using a laser as a means to accelerate charged particles to high energy,” says Joel England, a fellow at the Advanced Accelerator Research Department at SLAC and the person leading the Accelerator-on-a-Chip project, “at the time, the technology didn’t really exist to actually realise it, but since then we’ve had the development of nanofabrication technology to make very tiny devices and solid state lasers which are now very efficient.” (http://www.globalfuturist.org/2017/04/a-miniature-cern-scientists-create-a-particle-accelerator-on-a-chip/)

A “laser as a means to accelerate charged particles to high energy”. Did you happen to catch that? And we wonder why the government will throw someone in prison for shooting a laser in the sky. The sky is full of heavy particulates as it is and this is making a super highway. And remember…its illegal to point a laser at a airplane. I guess we shouldn’t wonder why now. They lnow that laser can acceletate particles tp HIGH ENERGY. Oh yeah and rod the demon god. That’s exactly what he’s doing. Lasers cause portals it looks like.

So then I came across a guy on Facebook named Rod Warren. This guy claims by doing the “double slit” experiment that he is tapping into another dimension abyss is seeing entities. Here is how he is doing it. 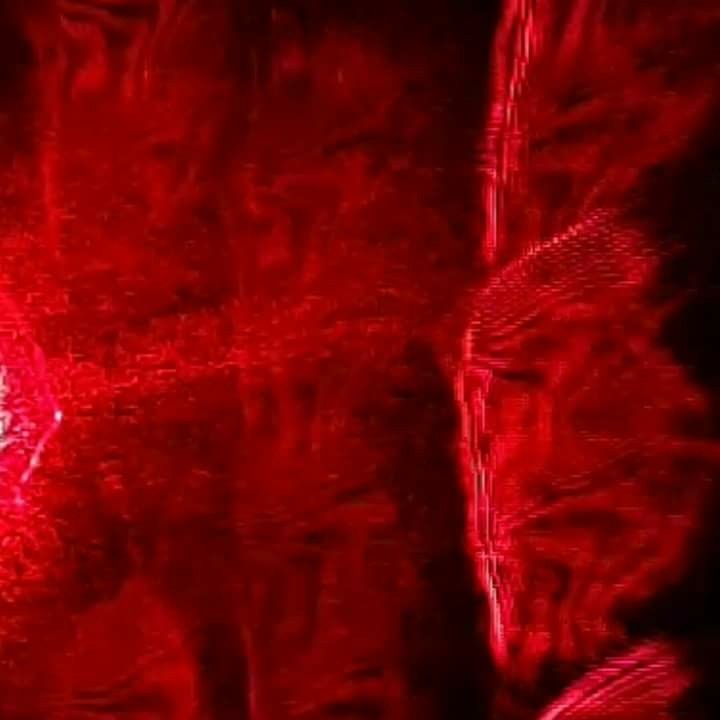 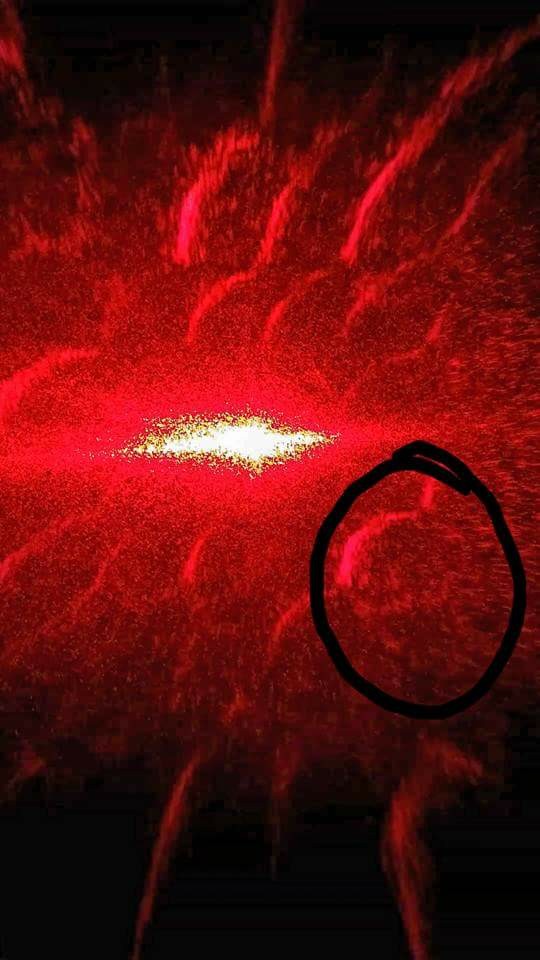 These are the pictures he has screenshot off of his videos he has done. To me personally, they look demonic. It reminds me of the statue that sits behind the pope at Vatican City. 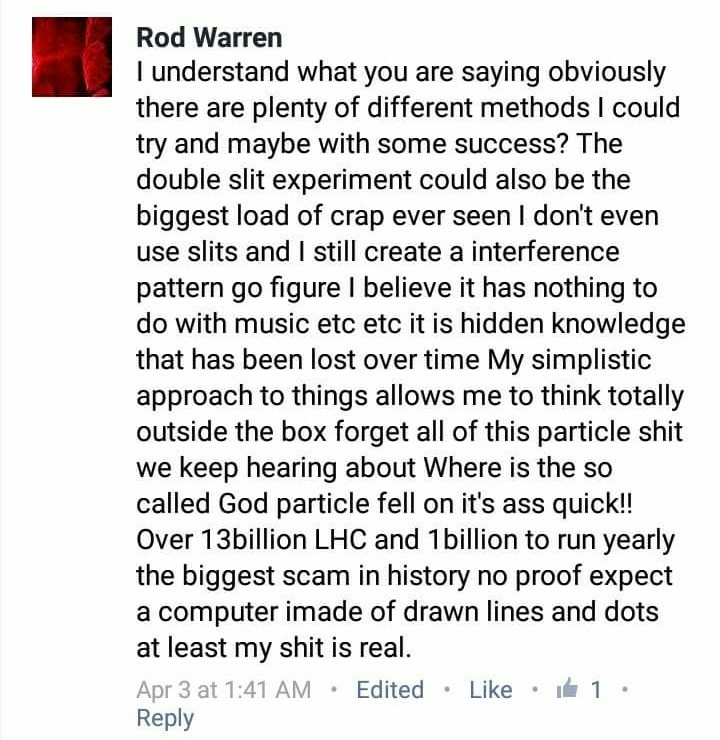 So I really don’t know what to make of what these lasers are doing. I’m not a quantum physicists so I honestly couldn’t tell. What I can say is that if they admit that lasers are being used to open portals or wormholes then this guy Rod actually may be doing it by the looks of it. So then what happens when you mix a laser with heavy particulates that are sprayed in our atmosphere? Maybe its opening up that super highway in the sky for these demonic entities to finally be seen. Is there more to than the government doesn’t want lasers pointed at planes in the skies? Do they understand that using a “laser as a means to accelerate charged particles to high energy” may actually own a portal in the sky? I didn’t know what to make of any of it….I’m just speculating on something I know very little about.