I did this really fast so I hope no one gets the wrong impression here. I don’t support the occult or the new age. That is my disclaimer.

In the beginning was the Word, and the Word was with God, and the Word was God. (John 1:1) The Word was Jesus. This is how we as Christians see this scripture. Jesus was the creator of all things and all things were made by Him. In Him was life and the life was the light of men. John bear witness of the light, that all through Him might believe. This was and is Jesus. We know this to be true because we bear witness of this light because He lives in us. But not everyone thinks that this Word (logos) was Jesus. They believe it was a vibration.

We know that Creation happened through speaking. In the beginning God said…right? This is how creation came about, through the Word of God. And we know that words are vibrations essentially. Words are powerful and James says the tongue is the smallest of members that causes the most trouble. I’m paraphrasing here. It can start the biggest of fires. Like I said, words are powerful. But I want you to see that there is a different view of speaking words. The occult recognized that these are vibrations. They recognize that these vibrations range in khz and they can do different things at different times. This is why they chant or use crystals or use symbolism. These occultists know just how powerful these things are. And this is why we as Christians should stay away from these pagan forms of worships. This form of practice is demonic and will open spiritual doors to things you don’t want in your life. I want you to see exactly how they think.

This comes from the Esoteric Science Institute. I want you to remember that when Jesus comes back, He opens His mouth to judge all things. It is called the sword that comes out of His mouth. The problem with these Esoteric studies is that they don’t recognize Jesus as God in the flesh and without Him, they are on the wrong frequency (play on words). They need to be filled with His Holy Spirit or they will continue to be influenced by the antichrist spirit, the beast. This is how they think. And there is some truth to this, words/frequency/vibration. They just use it the wrong way. We give all glory to God through Jesus Christ. They dont.

“In the beginning was the Word: the Logos, the sound frequency, the vibration. We know that speech means not just any kind of a vibration, but a vibration that carries information. Science reveals that everything in the manifest universe is ultimately composed of energy, frequency and vibration. “The more one studies these things, the more one realizes that sound is the creative principle. It must be regarded as primordial. No single phenomenal category can be claimed as the aboriginal principle. We cannot say, in the beginning was number, or in the beginning was symmetry, etc. These are categorical properties which are implicit in what brings forth and what is brought forth. By using them in description we approach the heart of the matter. They are not themselves the creative power. This power is inherent in tone, in sound.” -Hans Jenny

They understand the Saturn vibration, I’m sure of it. And they know this vibration carries information. But what kind of info are they getting from there vibrations? This reminds me of what Cern and HAARP do with ELF Waves hitting the ionosphere and magnesphere. They are sending a vibration (or signal) that is filled with information and are getting a response back. From who? Entities that’s who. Demonic fallen angelic entities to be specific. My point is this, the occult understands how these vibrations work. Not only in technology but in our everyday life with our voice. This is what we are up against as Christians. Our battle is not with flesh and blood but with principalities and powers in high places. These are the entities that these occultists deal with on a daily battle. And we bring down these strongholds by putting on the full armor of God, in Jesus name. 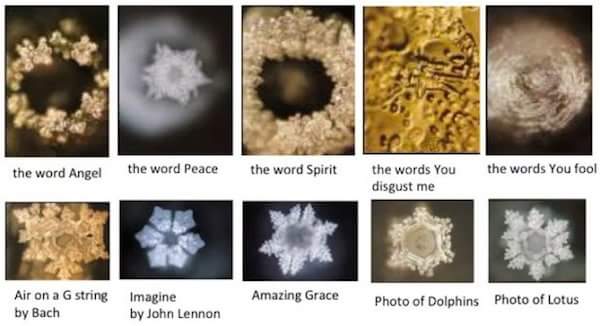 I want to throw this in too. I thought it was interesting that this guy found these healing frequencies in Numbers 7:12-89. I’ve briefly looked at these verses and in context it was when Moses sey up the tabernacle and was told to have each prince from the tribes to dedicate their offering. The first up was nachshôn from Judah. His name means enchanter and comes from the word nachash. You may recognize this word from Genesis as relating to the serpent. It actually can means to practice divination, hiss or whisper. They go through the twelve dedications in 12 days with Ahira of Nephtali being the last. His name means my brother is evil. After all of these dedications and sacrifices are done Moses goes into the tabernacle. “This was the dedication of the altar, after that it was anointed” (verse 88). “And when Moses was gone into the tabernacle of the congregation to speak with him, then he heard the voice of one speaking unto him from off the mercy seat that was upon the ark of testimony, from between the two cherubims: and he spake unto him.” (Verse 89) You can see after this all happened, Moses heard the voice of God from off of the mercy seat. This was the Word.

“The Book of Numbers

The frequencies found are 396 Hz, 417 Hz, 528 Hz, 639 Hz, 741 Hz, and 852 Hz.  These frequencies are the frequencies of the old Solfeggio scale. It was used in Gregorian and Sanskrit chants. The syllables used to denote the tones of this scale are:

Ut-Re-Mi-Fa-Sol-La, they are taken from the medieval song Ut Quent Laxis, a Gregorian chant written for John the Baptist.

Translation: In order that the slaves might resonate (resound) the miracles (wonders) of your creations with loosened (expanded) vocal chords. Wash the guilt from (our) polluted lips Saint John.

The text in Ut Quent Laxis seems to suggest that these notes open up a channel of communication with the Divine.

In a vision Dr. Joseph S. Puleo was shown to use the number reduction methodology of Pythagoras on the numbers in the text. It is a very simple reduction method turning big numbers into a single digit. The values of all digits in the number are added up. When after the first addition the number still contains more than one digit, the process is repeated. Here’s an example

Jopeph Puleo found repetitions of a single issue or subject in the Book of Numbers that was brought up. The first thing he found was that of the frequent mentioning of the number of the day, the first day, the second day, the third day etc. The first day was referenced in verse 12, the second day was mentioned in verse 18 and the third day in verse 24. The last reference to a day was found in verse 78. All day references were found in verses starting at verse 12 with an increment of 6.

The Pythagorean reduction of these verse numbers is:

Do you see the repetition now of 396, 396 etc this keeps going on until verse 78 is reached! This is how the first frequency corresponding to the Ut tone was found.

The other frequencies were found using other repetitive issues found in the text. Surprisingly all frequencies that were found this way, matched up with the frequencies of the Solfeggio scale.

The Solfeggio scale after a while was forbidden by the church and changed into our current popular Tempered scale. Ut was changed into Do and its frequency changed, also the seventh Ti note was added. However, the total harmony of the original scale was gone.

It is now believed that the frequencies found by Puleo have healing properties. The frequency of 528 Hz supposedly has healing effects on DNA. The frequency seems to influence the water molecules that surround the DNA helix.

Glen Rein of the Quantum Biology Research Lab in New York has performed experiments with in vitro DNA that was exposed to different recordings of musical styles. He used a technique to convert the music into audio scalar waves. He used two phase opposite sound sources from the same music to self-cancel the waves and create scalar audio waves. In the experiment a CD player, an amplifier and a spiral like self-cancelling coil were used. Four styles of music were played to test tubes containing in vitro DNA. The absorption of UV light of the DNA test tube samples was measured after an hour.

Gregorian chants had caused a 5 to 9.1 % increase in the absorption of UV light due to the unwinding of the DNA helix. Sanskrit chanting caused a similar 5.8% to 8.2% effect. Rock (0-1%) and classical music (0-1.1%) had little or no effect. Glen Rein finally concluded that the audible sound waves of the Solfeggio scale can cause resonance in DNA and can have healing effects.

We know that all scripture was inspired and God breathed. God, the Word put all of this there pointing back to Himself on the mercy seat. Puleo just couldn’t recognize that these healing properties came from Jesus. Its not a frequency. The only way you can become a new man is through Jesus Christ of Nazareth. Its not through a frequency.

Ephesians 6:11  Put on the whole armour of God, that ye may be able to stand against the wiles of the devil. 12  For we wrestle not against flesh and blood, but against principalities, against powers, against the rulers of the darkness of this world, against spiritual wickedness in high places. 13  Wherefore take unto you the whole armour of God, that ye may be able to withstand in the evil day, and having done all, to stand. 14  Stand therefore, having your loins girt about with truth, and having on the breastplate of righteousness; 15  And your feet shod with the preparation of the gospel of peace; 16  Above all, taking the shield of faith, wherewith ye shall be able to quench all the fiery darts of the wicked. 17  And take the helmet of salvation, and the sword of the Spirit, which is the word of God: 18  Praying always with all prayer and supplication in the Spirit, and watching thereunto with all perseverance and supplication for all saints; 19  And for me, that utterance may be given unto me, that I may open my mouth boldly, to make known the mystery of the gospel,  20  For which I am an ambassador in bonds: that therein I may speak boldly, as I ought to speak.
2 Corinthians 10:3  For though we walk in the flesh, we do not war after the flesh: 4  (For the weapons of our warfare are not carnal, but mighty through God to the pulling down of strong holds;) 5  Casting down imaginations, and every high thing that exalteth itself against the knowledge of God, and bringing into captivity every thought to the obedience of Christ; 6  And having in a readiness to revenge all disobedience, when your obedience is fulfilled.

3 thoughts on “Spoken words and Vibrations”