Let’s connect a few dots…CERN opens portals. That’s a fact. CERN was originally working with UNESCO in Amman, Jordan with a program and machine called SESAME. This machine is two beams or should I say a light source that will probe the structure and behavior of matter in the field of science and archeology. Strange right? My first thought for this machine was to look for archaeological pieces in Israel and Syria. Then my thought shifted to opening something up ala gate or ARCH. This is ran by the Jordanian government and if you know anything about them then you know that the Hashemites are not only the custodians of the Temple Mount and parts of the Mount of Olives, but they also at one time were the last Kings of Syria. Of course the French took from the Hashemites what wasn’t theirs. This happened around the turn of the century.

So Jordan now has this machine SESAME for archaeological reasons. This made me think of what has happened in Palmyra, Syria. I believe the Hashemites want Syria back, especially the outpost of Palmyra. It’s all connected to the Arch of Triumph and what is really there. So, is this machine going to be used to try to open something up? I’m just thinking out loud here. Bear with me. Remember the phrase “open sesame”? Its actually been said that its a French term and remember, I just said the French took Syria from the Hashemites.

This comes from Wikipedia. “”Open Sesame” (Arabic: افتح يا سمسم‎‎ iftaḥ yā simsim, French: Sésame, ouvre-toi) is a magical phrase in the story of “Ali Baba and the Forty Thieves” in One Thousand and One Nights. It opens the mouth of a cave in which forty thieves have hidden a treasure. There are many theories about the origin of the phrase. Indeed, it is not certain that the word “sesame” actually refers to the sesame plant or seed.[5]

Some older theories include: Sesame is a reduplication of the Hebrew šem ‘name’ i.e. God or a kabbalistic word representing the Talmudic šem-šamáįm (“shem-shamayim”), ‘name of heaven’.[6] Sesame is connected to Babylonian magic practices which used sesame oil.” (https://en.m.wikipedia.org/wiki/Open_Sesame_(phrase)) 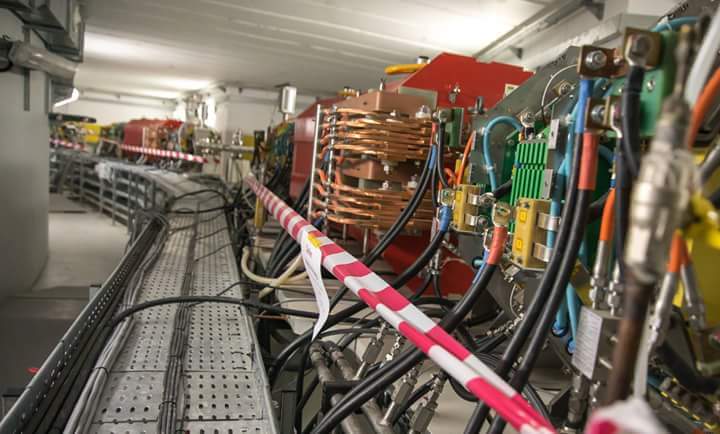 So this is a magical phrase that opens a cave that has hidden treasures. Do you see what I’m getting at? Now think about my post from yesterday about how Mt. Sion is actually Mt. Hermon. Hermon is right at the Israeli/Syrian border and at its base is the cave of Pan/Hermes. And don’t forget, Hermon is were the fallen congregated according to Enoch. This cave is also where Jesus told Peter that the gates of hell would not prevail. So is there a connection to SESAME and Palmyra and Hermon? Are they getting Mt Sirion ready for Sirius. If you haven’t read the Sion/Zion article I suggest you do now. (Here is the link for Sion/Hermon. https://m.facebook.com/story.php?story_fbid=1081903911919160&substory_index=0&id=519754571467433 also read the comment section.)

The word sesame means, “SESAME – its small seeds used especially as a source of oil and a flavoring agent” (https://www.merriam-webster.com/dictionary/sesame)

[Middle English sisamie, from Latin sēsamum, from Greek sēsamē, sēsamon, probably ultimately from Akkadian šamaššammū : šamnu, oil; see šmn in the Appendix of Semitic roots + šammu, plant; see śmm in the Appendix of Semitic roots.] The short Aramaic version is שומשומא. It’s almost like this sesame oil and flavor is the exact opposite, in this context, as God’s anointing oil. And get this, its seeds. Im just guessing here but is SESAME going to be used to plant these spiritual seeds to get ready for this demonic harvest that is coming via Rev 9? This is all just speculation. Does this magic formula of open sesame open a mountain and abyss?

“Synchrotron light sources produce electromagnetic radiation that can be used to probe the structure and behavior of matter. SESAME will start with two beam lines, according to Sayers. One will be an x-ray fluorescence line with a program anchored in materials science and archaeology; the other will be an infrared beam line with a research program that includes environmental and life sciences.” (https://www.aaas.org/news/quest-scientific-source-light-middle-east-nears-completion)

Now back to SESAME in Jordan. “Scientists and engineers at the first synchrotron radiation source in the Middle East have begun commissioning, a major milestone before officially starting operations in 2017. When fully operational, the facility in Amman, Jordan, called SESAME, will mark a major victory for science in the region and also for its international backers. Like CERN, SESAME was established under the auspices of UNESCO, but it is now an independent intergovernmental organization and aims to facilitate peace through scientific collaboration that might supersede political divisions. Countries and labs the world over have responded to that vision by contributing to SESAME’s design, instrumentation and construction.

SESAME, which stands for The Synchrotron-light for Experimental Science and Applications in the Middle East, is a 133-meter circumference storage ring built to produce intense radiation ranging from infrared to X-rays, given off by electrons circling inside it at high energies. At the heart of SESAME are injector components from BESSY I, a Berlin-based synchrotron that was decommissioned in 1999, donated to SESAME and upgraded to support a completely new 2.5-GeV storage ring. With funding provided in part by the European Commission and construction led by CERN in collaboration with SESAME, the new ring is on par with most modern synchrotrons.” (http://www.symmetrymagazine.org/article/sesame-to-open-in-2017)

“The synchrotron, which acts in effect like a giant microscope, will be used by researchers to study everything from viruses to new drugs to novel materials…The governing council of Sesame is headed by a British physicist, Prof Sir Chris Llewellyn Smith, a former director of Cern, which operates the Large Hadron Collider from Geneva in Switzerland…Sesame stands for Synchrotron-light for Experimental Science and Applications in the Middle East. And it is also a reference to the famous phrase “open sesame”, the secret command to open a treasure trove in the tale of Ali Baba and the Forty Thieves…According to Prof Eliezer Rabinovici, a physicist from the Hebrew University of Jerusalem, the project is “a beacon of hope for many people in the area who dare to believe” that life in the region can be improved.” (http://www.bbc.com/news/science-environment-20447422)

So the Middle East sees this machine and program as a beacon of hope and something that can help achieve peace. Noe fast forward to yesterday 1/12/17. This comes from CERN’S Facebook page:

“The pioneering light-source laboratory in the Middle East SESAME celebrates its first beam, which circulated in the synchrotron on Wednesday evening (12 January 2017). This is an important milestone towards running experiments later this year.

2. The bright red spot on this display shows the passage of the first beam to circulate in the SESAME main ring. Image © SESAME.”

So on 1/12/17 they achieved there first beam that looked like a eye. Yep. A red eye. Matter of fact it looks like the all seeing eye of Horus. Look at the pictures below that CERN posted. Now I could go on but I’ll spare you. I suggest you check out this article (http://theopenscroll.blogspot.com/2012/12/part-60-sodomite-gateway-cern-youtube.html?m=1) That connects sex magik, the sesame machine, horus and sesame street. Pretty interesting read.